I originally planned to release the column, as per usual on Wednesday (yesterday), but then first Mike Gemme released his "Star Wars Destiny Christmas List", which had a few overlaps with my own column, and then Wednesday Fantasy Flight Games dropped their new article spoiling several cards from Covert Missions, which took some of my attention as well (I'll be releasing an article discussing the spoilers tomorrow).

Anyways ... as some people have noticed, I haven't exactly been superhyped about Destiny lately, and while I'm not ready to drop the game, I definitely have some questions I'd love for Fantasy Flight Games to address. Today's column looks at 5 of those questions!
1. GALACTIC QUALIFIER REPLACEMENT?
Ever since Fantasy Flight Games announced that they would discontinue the Galactic Qualifiers, at least in the shape and form we have come to know and LOVE them, players have been asking: "What will be the replacement?". This is obviously assuming that FFG Organized Play will want to continue, or adequately replace, their arguably most popular competitive events!

I know that Galactic Qualifier events have been run very differently in North America and in Europe, while there's only ever been one GQ event outside, in Australia, with the former - up until it was discontinued - being run by Cascade Gaming and in Europe by Organized Play Europe (the absolutely awesome Alec Thorne and his team of legionnaires). BUT ... the point remains the same, with Yeti Gaming taking over responsibility for FFG OP events in North America, we need to know if there will be a replacement for the GQ format!

While many players wouldn't want to travel for Grand Championships, they responded in force to the Galactic call!

Fantasy Flight Games, you would do yourself and many of the players supporting the game a massive favour by announcing, sooner rather than later, what will be the plan now!!?
2. DESTINY BEYOND COVERT MISSIONS?
As I was preparing a lecture on western philosophy and the impacts it has had on the formation of our minds, ideas as well as lived life, I was browsing through various books and came across one of the most famous Friedrich Nietzsche quotes: "Whoever fights with monsters should see to it that he does not become a monster in the process. And when you gaze long into an abyss the abyss also gazes into you" ... Oddly enough it reminded me of Fantasy Flight Games and how my relationship to FFG has developed.

Mike Gemme in a recent article over at The Hyperloops coined the punchline "FFG is just not that into you", implying that our expectations from FFG will probably never be fulfilled. What we want is just not what FFG wants. It never has been. 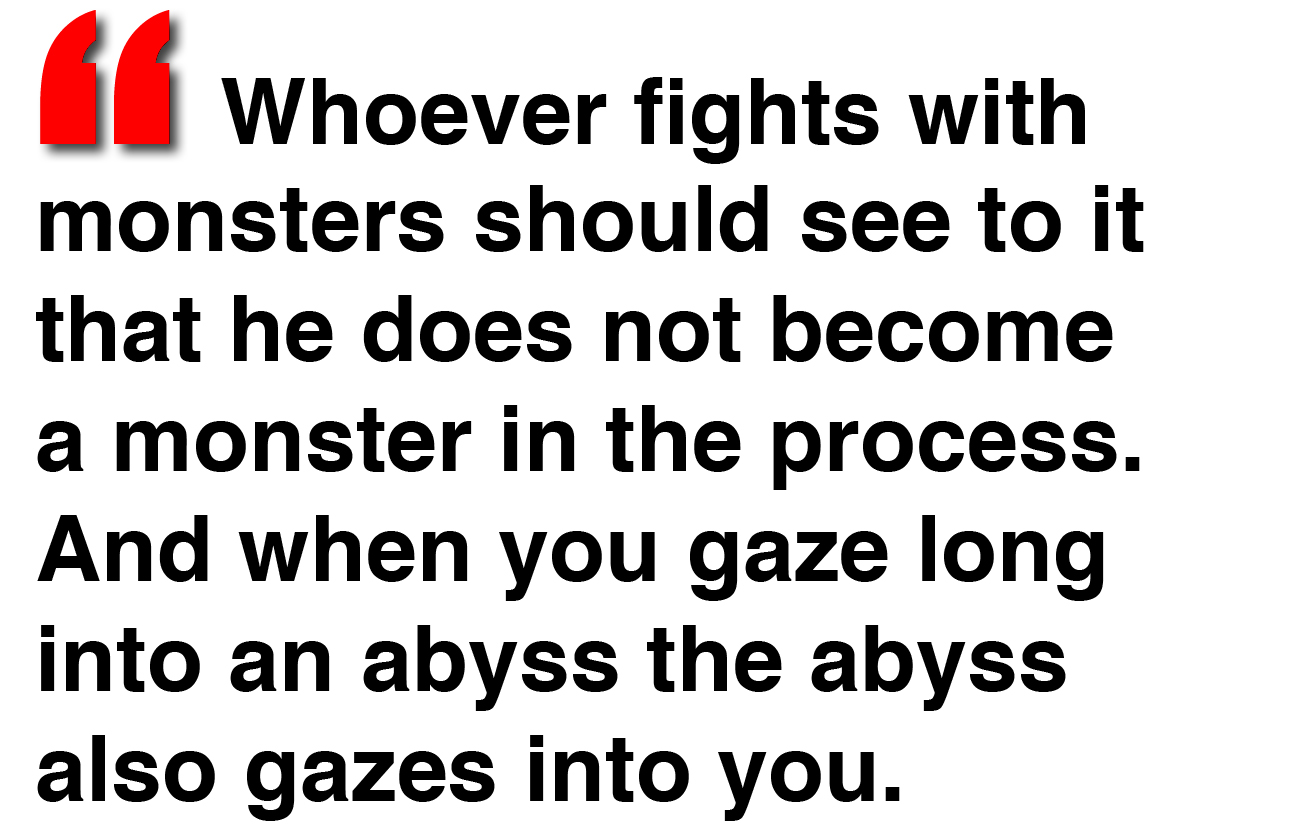 I got flamed, just a bit, for releasing a column on "5 Reasons Why I Will Not Pre-Order Covert Missions", and while some missed the main point, namely that I'll probably still get hold of the set (somehow), my points raised as to the reasons I think pre-ordering is a bad idea, and I - for my part - will definitely not touch Covert Missions until the following set in the next cycle is being spoiled, which traditionally should happen a week or so later, still stands.

Drama queen'ish? Sure - I don't mind that. But I'd love to know that Destiny has a future beyond Covert Missions. If not, well ... we might be dumb cows, but I guess there are other pastures green to grass. 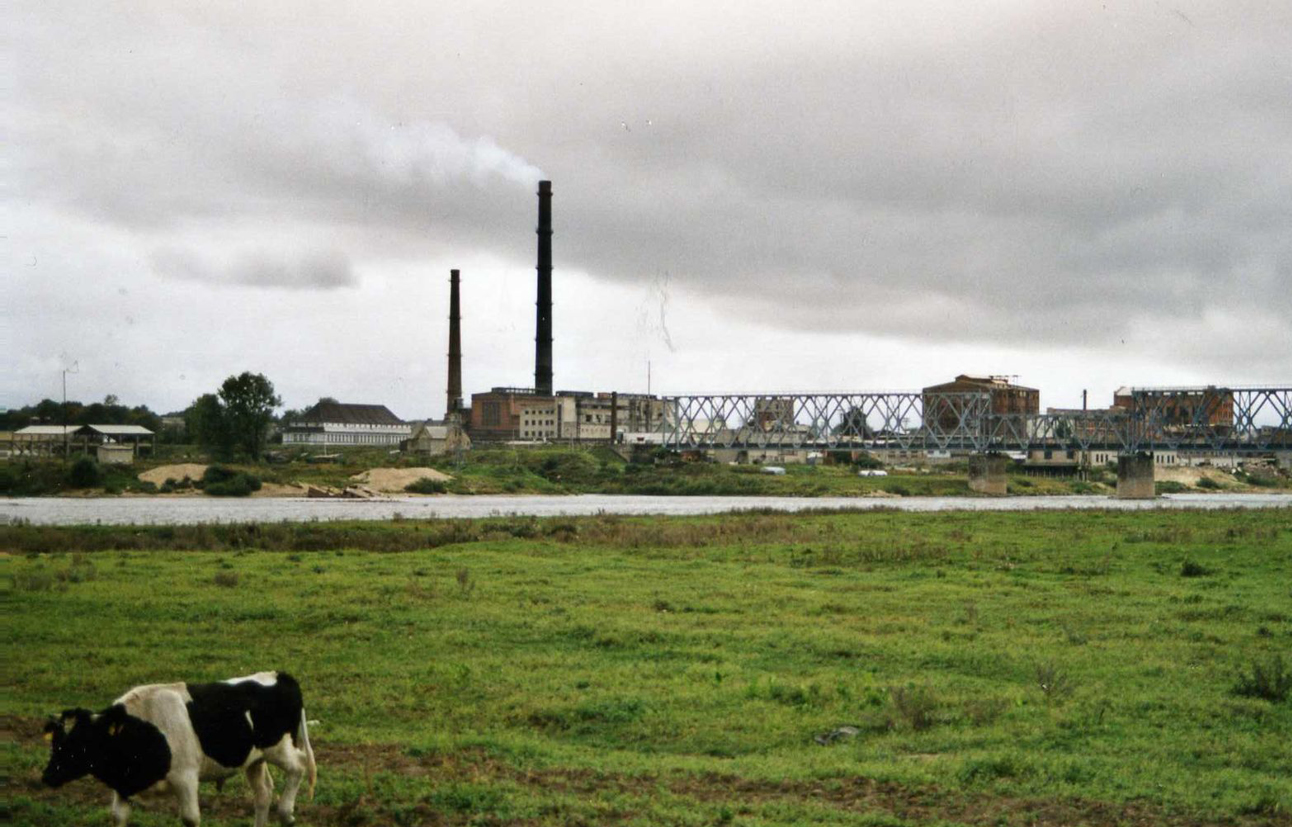 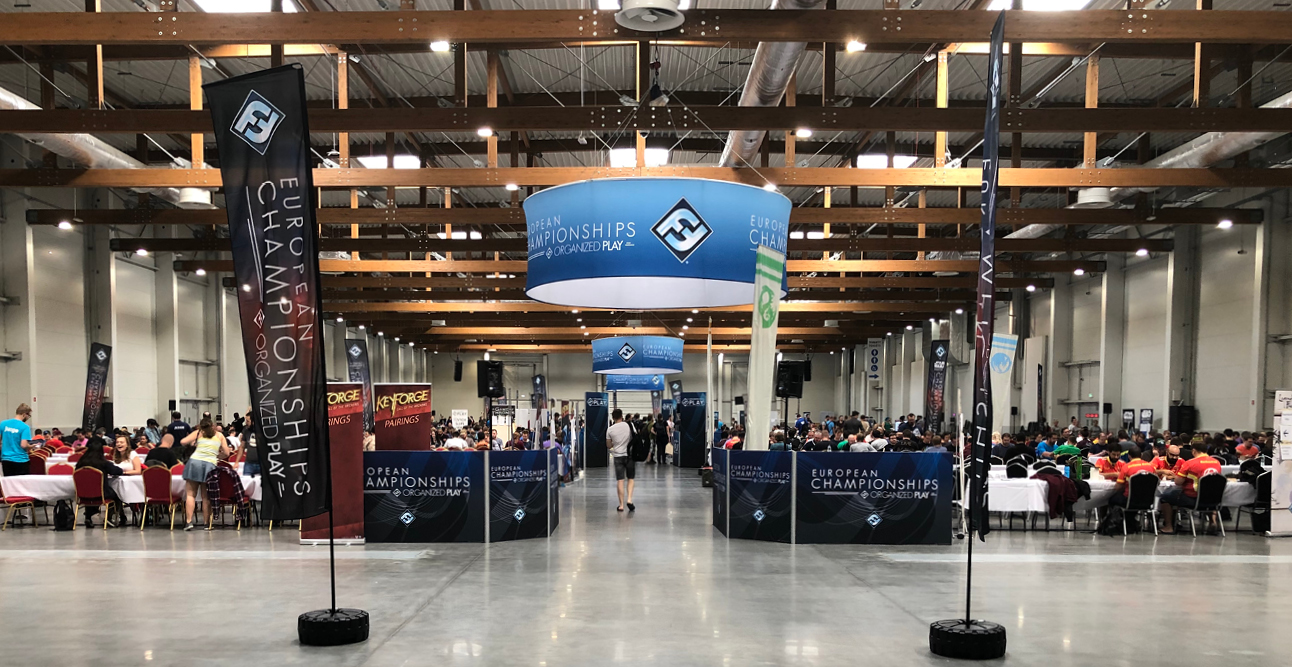 I've already announced that I'll NOT be marshaling at EUROS 2020, but I'm definitely going to be there as a player, commentator, spectator and whatnot ... EUROS 2019 in Krakow (Poland) was a terrific experience and I hope FFG OP Europe will be able to pull something out of their sleeve that'll eclipse the four magnificent days I got to spend in the company of most of Europe's finest Star Wars Destiny players. The first day btw. were two Galactic Qualifiers! 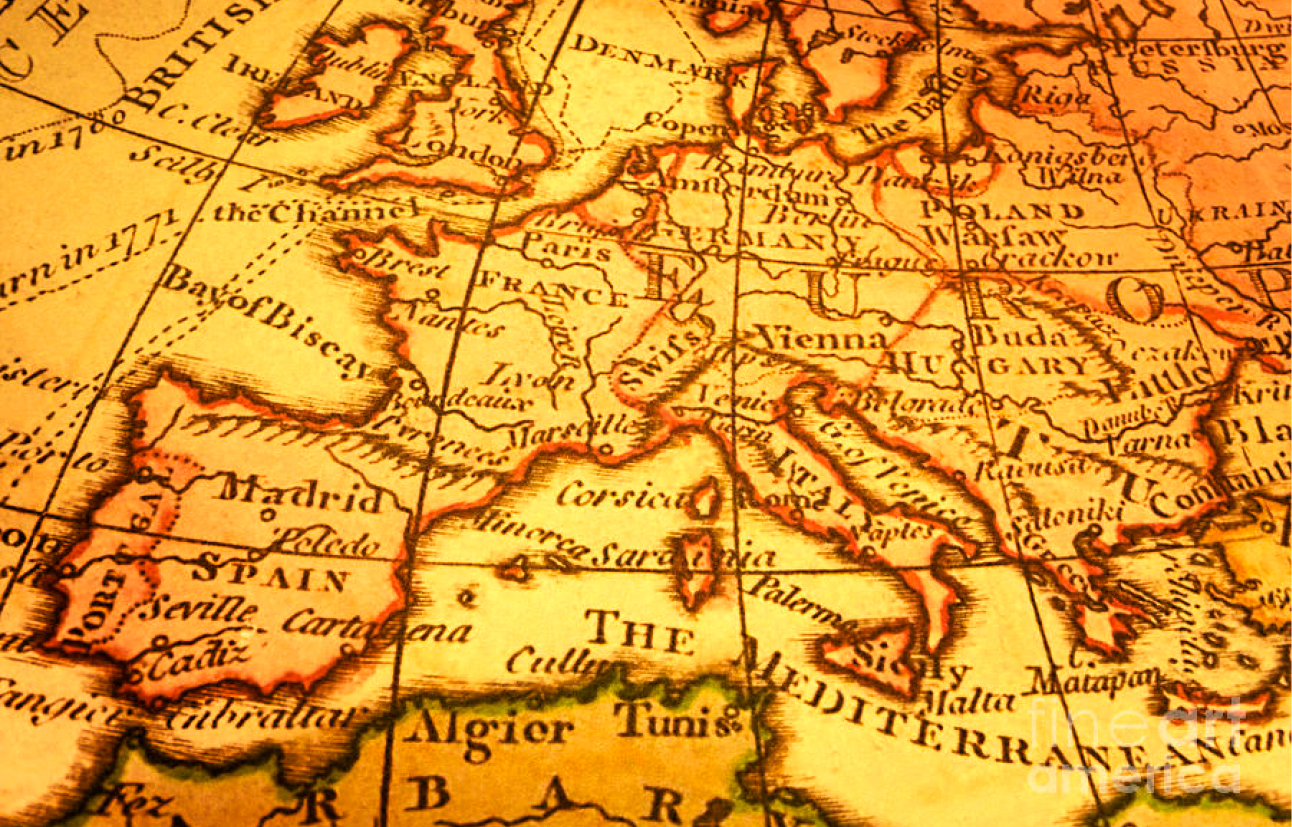 I guess lots of European Destiny players are dying to know IF, when and where the European Championship 2020 will take place!? Answering that question is not only a strong signal to send about the ambitions for the coming year, but would also make life (a lot) easier for ... well ... at least me.
4. LET JEREMY ZWIRN LOOSE? Browsing over the last Star Wars Destiny articles, or if you want to be critical: lack of, from Fantasy Flight Games, most of it has been announcements of tournaments or retrospective articles usually in the guise of a brief run-through of an upcoming Holocron or Rules Reference update, and while I've come to appreciate every tiny piece of news from Fantasy Flight Games in relation to my favourite game, I'd love to see FFG let KING Jeremy Zwirn Loose. 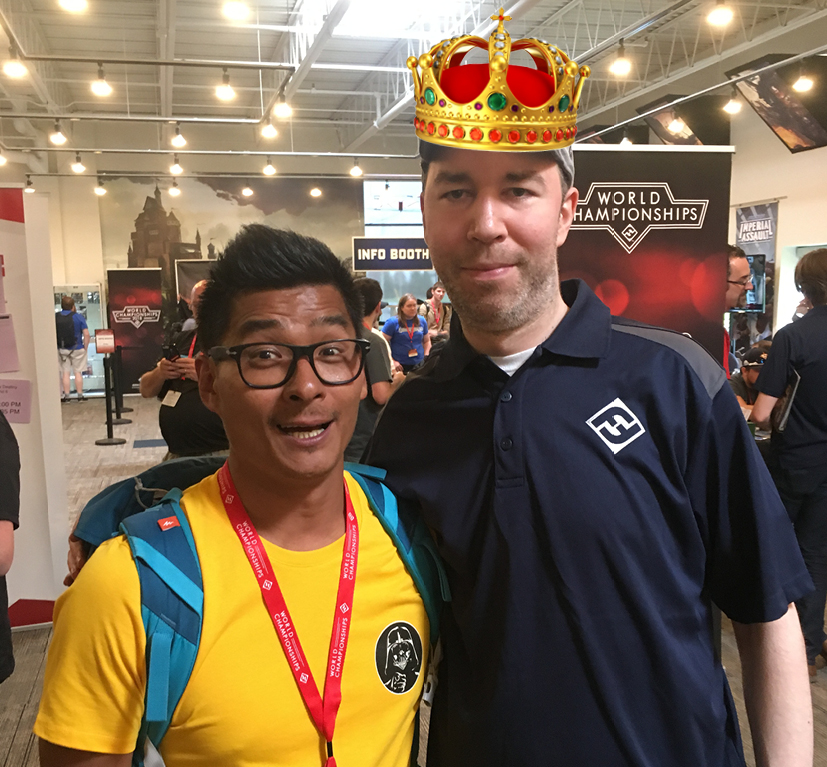 I have a soft spot in my heart for both Jeremy Zwirn and Aaron Haltom, there might be more developers involved in Star Wars Destiny, but those are the ones that come to mind, and I would love to see them do more articles on Destiny ... I mean, you could if you want to stretch the term somewhat, say that changing formats and cards within formats is a kind of articles, but imagine what orgasms could come out of community debates based on a well executed article from Jeremy and Aaron.

I'm probably not the only one who would love to hear a bit about Jeremy Zwirn's design philosophy! Like, what kind of game is Star Wars Destiny in the mind of the game's lead designer? Sure, it's not static, but there are probably concepts and ideas that are fundamental to the design space, while others are detrimental. Does Jeremy think of iconic characters, here including iconic elements like the Millennium Falcon, etc., as the focal point of the game? Is the playability more important than the design elements or something entirely different.

When will FFG let Jeremy Zwirn loose?
5. REAL COMMUNICATION:
While the employment of Matt Holland as community manager for Fantasy Flight Games Organized Play has improved communication tremendously, do not be fooled by it - it is not actual communication! It's more like an online Q&A session and most of the answers are usually looooong overdue. I asked my wife - and she agreed. Real communication is somewhat different. 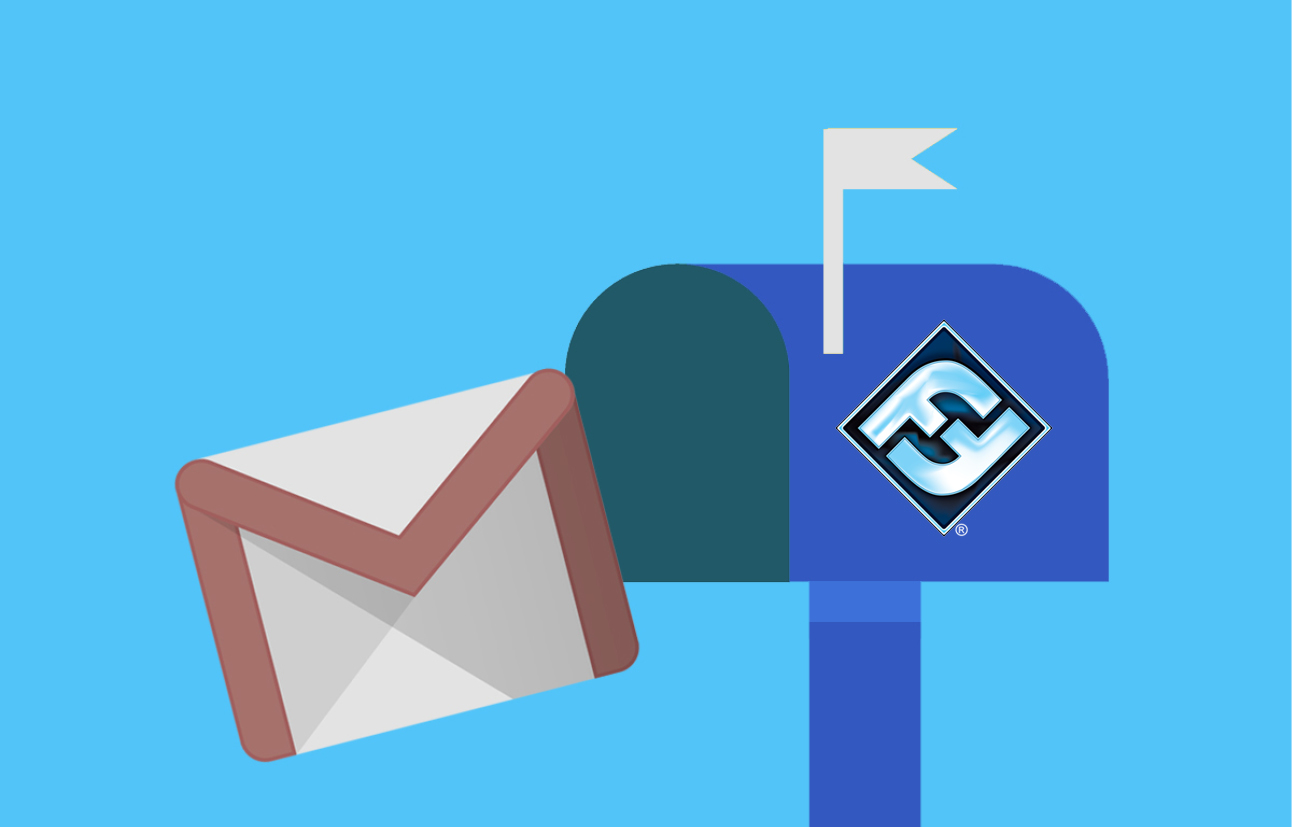 Don't get me wrong, I love the fact that FFG is reachable, and that a pretty good illusion has been created of a company in interaction with its customers, but I still allow myself to believe that FFG can become the pro-active party! That FFG will engage in a real dialogue with its consumers.

Ground Control to FFG ...
This is Ground Control to FFG
You've really made the grade
And the papers want to know whose shirts you wear
Now it's time to leave the capsule if you dare
"This is FFG to Ground Control
I'm stepping through the door
And I'm floating in a most peculiar way
And the stars look very different today
For here
Am I sitting in a tin can
Far above the world
Planet Earth is blue
And there's nothing I can do

PATREON SUPPORT:As a Patron you support the YOUR Destiny website, podcast and YouTube Channel, and you help us to continue providing content for Star Wars Destiny. We are a dedicated Destiny website and release articles almost daily. As Patron you also get access to our Chat 'N' Play videos, and can enter our Patron only Discord Channel. Advanced and Expert tier patrons get access to exclusive training and test videos. Thank you for your consideration.