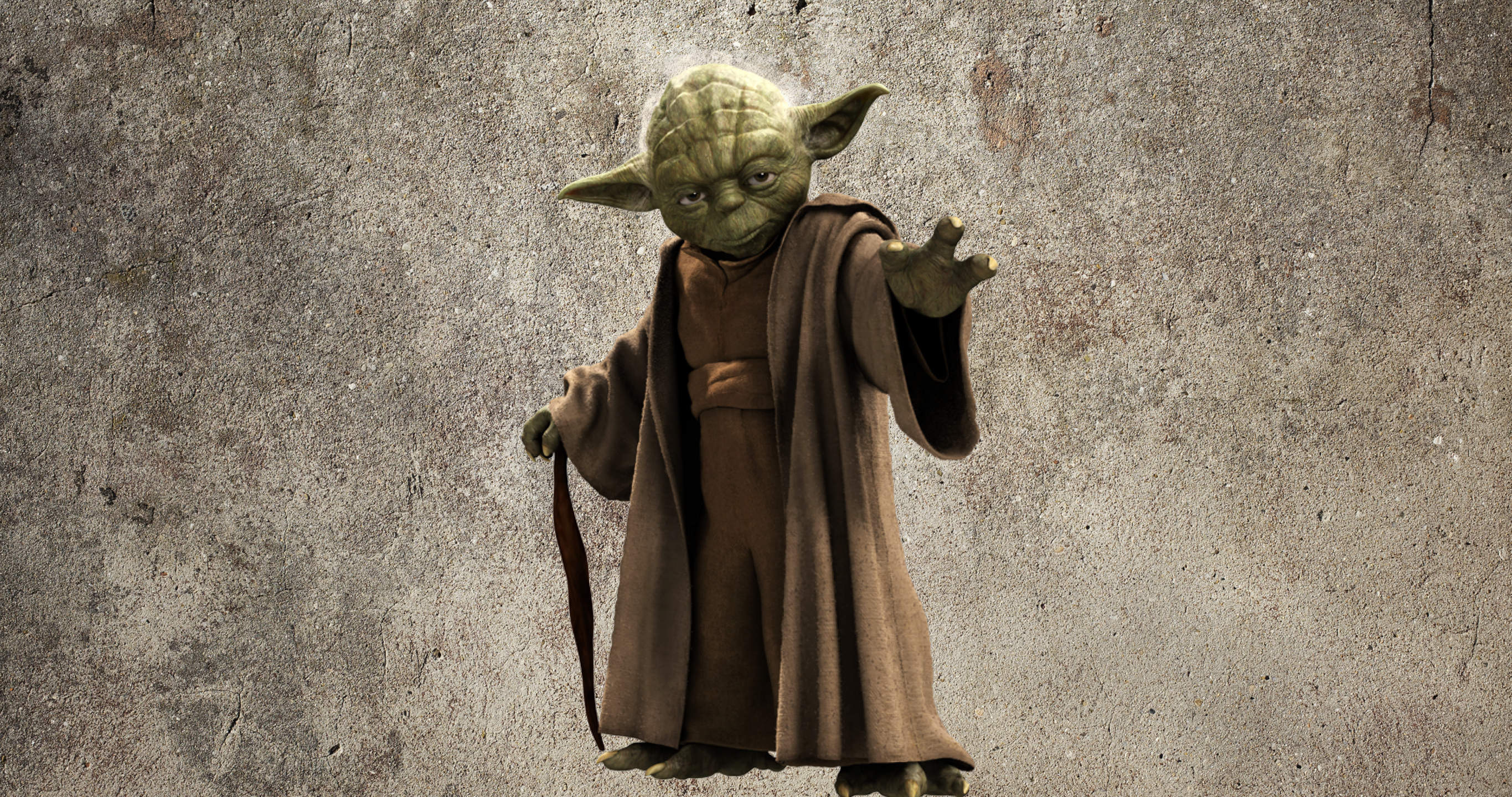 1. CREDITS: The deck was originally designed by Joe Colon aka HonestlySarcastc of the now infamous TheHyperloops. In this article we are analyzing the original version, which is the exact deck Joe piloted to a top4 finish at Worlds 2018. Joe wrote an excellent tournament report that I recommend.

We also interview Joe Colon in our YOUR Destiny Podcast Episode 14, discussing the ins and outs of Drive-by-Shooting.
2. GENERAL COMMENTS:First things first; a meta game is ever changing and so are deck lists. The deck list above is not the newest iteration, nor is it the fine-tuned version of the deck. It is however a masterpiece in its own right and a deck that took one of the world's greatest players to the semifinals of the World Championship. In this article we will try to extract as much knowledge out of the deck (in its original format) as possible.

I’ve rated the deck with the highest possible score on POWER and on SKILL LEVEL (read about our Gauntlet rating system here). This is not me being frivolous with the scoring-board, but is based on how I truly evaluate the deck in the current meta.  Scoring something on power is interesting, because what really determines power? It varies from deck to deck and strategy to strategy. While a deck like BrOTK uses Seventh Sister in a much different way than the Boba/Seventh does, I think everyone can agree that what BrOTK does is inherently more "powerful" than a ‘fair’ deck like Boba/Seventh, yet it was the latter deck that heralded the beginning of the end for BrOTK. Even with all of its broken power, BrOTK couldn’t fight through the constant disruption and damage of Boba/Seventh (see our full deck analysis here).

All of the above is just an example to make you understand what I mean by a deck being powerful. Power isn’t always Maul's Lightsaber hitting +4 two times per round (although that is undeniably powerful). Power comes in all shapes and sizes! In Joe’s deck, Drive-by-shooting, he found a very consistent, yet very powerful combination. 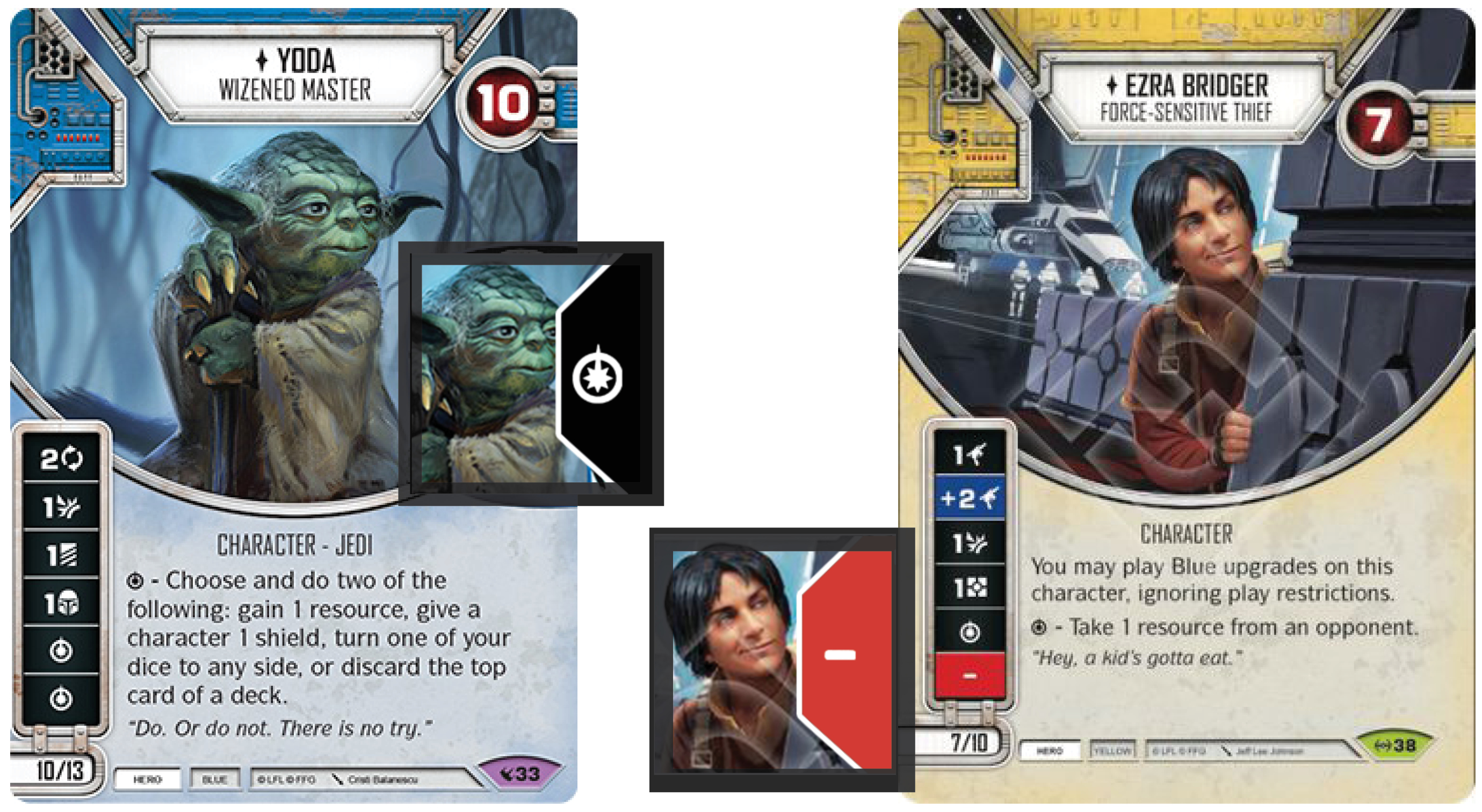 LIMITED POSSIBILITIES
It really doesn't take more than a Yoda Special and an Ezra Blank to soft-lock your opponent out of A LOT of possibilities.

Between Ezra’s 55% chance of hitting a Disrupt or a Special along with Yoda’s 55% chance of hitting a special, chances are your opponent needs to spend all of their resources within the first 2 actions while at the same time removing the point of picking up any more resources for the remainder of the round. As long as you have any Ezra die in the pool along with a Yoda Special, your opponent can't harvest resources to play cards or pay for die sides with a cost. In other words, you are choking them out of options.   It is deceptively powerful to threaten with an Ezra Special at all times.

Once the threat of stealing resources is set up, you get to play out whole rounds not having to worry about the cards in your opponents hand. When they finally do Claim the Battlefield, you use the Yoda Special to flip the Ezra die into damage (1 or +2 Ranged) or Resources depending on the stage of the game. You can also use the blank Ezra die, that have been sitting in the pool threatening to trigger the Special the whole round, to Caution into Shields on one of your characters under pressure. That is powerful!!

You really have to play against the Drive-by-Shooting deck to really understand how disruptive this is to any well laid game plan.

Alright. Enough. We get it. Threatening Ezra special is powerful but how do I win?

The constant threat of Ezra special combined with Friends in Low Places (FiLP) to grab their 0-cost mitigation allows you to setup massive chunks of non-mitigatable damage.

Between the decks 5 Character dice and Yoda making the deck so incredibly consistent at finding damage sides, it's fairly easy with one DH-17 Blaster and a T-47 Airspeeder to do a whopping 10 Ranged damage round one, while at the same time stifling your opponents resources and keeping their options to a minimum. More often than not I’ve found myself ahead in all aspects of the board state: upgrades, resources and damage dealt going into round two.
3. CHARACTERS:Think about how powerful the characters are individually. Yoda brings an unrivaled consistency to any deck. Ezra grants you 2dice with powerful sides for 10pts, and the Rookie Pilot is not only rocking 2 * +2 Ranged damage sides, he also adds red cards to your deck and triggers a re-roll on one of your a vehicle dice once per round for just 7pts. This character pairing is incredibly efficient, consistent and powerful. With 24 health and access to a lot of the best mitigation in the game, even fast decks will struggle to apply enough pressure before the consistency and power of your 5dice slowly, but surely takes over the game. 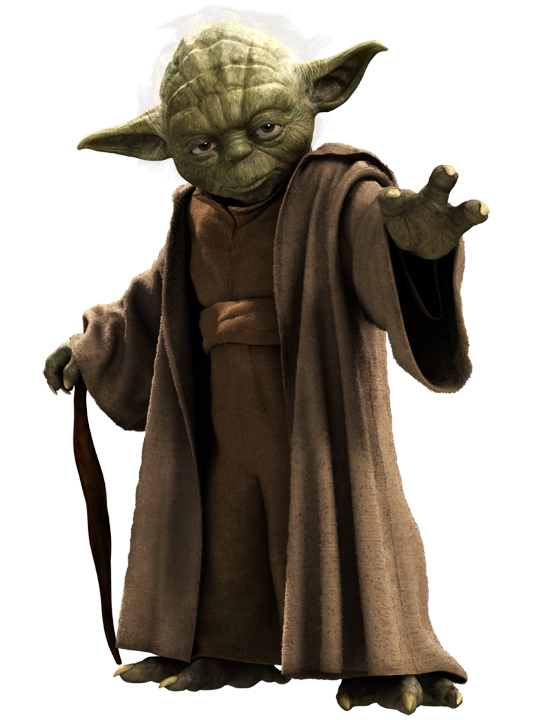 Almost all of your opponents will attempt to take out Ezra FAST. He is easily recognizable as the easiest way to take out two of your dice as early in the game as possible, and he is your only yellow character. Without Ezra you won't be able to play cards like Friends in Low Places and Easy Pickings. Keeping him alive for as long as possible is crucial.

Due to Ezra's low health, you only want to play redeploy weapons (Holdout Blaster) and Force Illusions on Ezra.

It is important to your game plan to get Ezra and Yoda's dice in the pool as fast as possible (to setup the pinch outlined above). I’ve stolen a lot of resources by rolling out Ezra against an opponent who had to Lightsaber Pull first, or only had a Force Illusion to play out. Get those dice in the pool. Then start building your board state.

Though you will want to get dice in the pool fast, it is a slow deck and you need to play defensively. Hold back resources for Easy Pickings, Flank and Pinned Down at all times, and only spend all your resources after your opponent claims. Resolving only one Yoda special to grab a resource and flip the other Yoda die to a special to keep threatening Ezra specials is a very common play and one that you should be making often. Go slow. Keep them locked down. Mitigate their key dice. The longer you keep ALL of your characters alive the more likely you are to drown your opponent in a flood of value generated from a plethora of cheap supports and upgrades dice.
4. UPGRADES & SUPPORTS:Looking at the deck it is clear that it's not a dedicated vehicle deck, nor is it a dedicated upgrade deck like 5dice villain (original version). It is stuck somewhere in between. It is a vehicle deck that can spike out a lot direct damage as early as round two or build up a superior board state to crush the opponent at the end of round 5.

This deck mixes a dangerous cocktail of ALL the best supports and upgrades in the game.
Whether it is Rally Aid to ramp your opponent out of the game or DH-17 Blasters combined with the pressure of Airspeeders and Y-Wings. This deck both ramps hard to take over the late game while dishing out enough damage to kill off a character round one or two.

A lot of the dice added to the pool in this deck are from vehicles or redeploy weapons allowing you to keep operating at full power in the mid- and endgame once your characters start dying on you.
5. EVENTS:

This deck relies on consistency and that trickles down into the choice of mitigation cards.  While Flank might not be flashy, it is very good at removing a single powerful die. Same goes for Pinned Down, sometimes you just need to be able to remove special dice like Force Wave specials. Both Easy Pickings and Overconfidence are, in a vacuum, more powerful cards, but less consistent at hitting the die you need (when you need it!) and also brings spot requirements.

Building your deck to rely on mitigation like Flank and Pinned Down is much better throughout the course of a long tournament in an unknown field. If you don’t know the exact meta, running Flank as a catch all is a much safer (and often much better) choice than running cards with the blowout potential like Block or Dodge. What we see Joe Colon do here is setting up his deck to beat any kind of deck, whether it is melee, ranged or specials that are causing him problems. Pinned Down combined with cards like Caution, Field Medic and Force Illusions (which is to be regarded as a mitigation card) makes it very easy to tank up while removing the most powerful die from the pool.

We also see Joe running not only 1, but 2 copies of Scruffy Looking Nerf-Herder.  Scruffy is a super flexible card. In a Facebook argument I had with him about the efficiency of the card, Joe simply stated: “I don’t mind paying 1 resource for a super FiLP”. What he meant is that a deck as slow as Drive-by-Shooting has some inherent weaknesses. These are all fixed with a card like Scruffy.

Played a FiLP to take their mitigation? Now you have full info to wreck their hand with Scruffy. 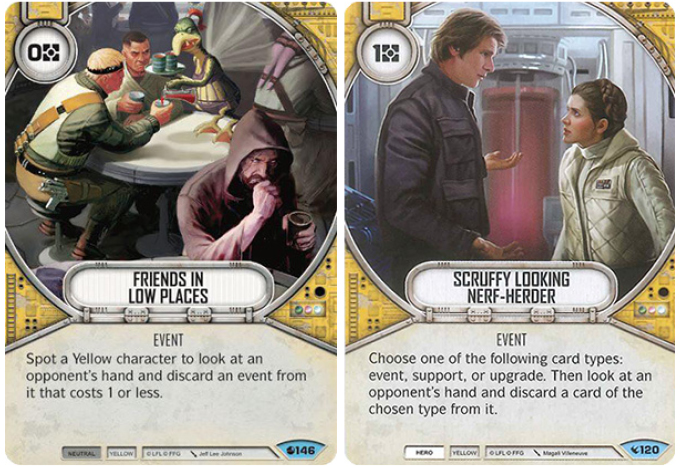 Scruffy fits nicely into the slow and disruptive game plan Joe is trying to setup. And while the card itself is inherently bad (paying a resource, a card and an action, to maybe impact your opponent's hand isn’t viable for most decks that want to win) it is a card that is very good at answering specific cards that you need to deal with. It is in line with viewing Flank as the superior mitigation card! If you build your deck so that it can largely ignore your opponent's plan only having to deal with a few key cards, Scruffy Looking Nerf-Herder starts looking very interesting.
6. MULLIGANS: You want to see Rally Aid combined with any vehicles and DH-17 Blasters in your opening hand. This along with Caution or any one piece of Hard Mitigation is a killer starting hand. If you have most of this, keeping a Friends in Low Places is acceptable.
7. ROUNDING OFF: As I said in the beginning, this isn’t the perfect build of the deck. Nor is the version that Joe would run again looking back at the event. Going forward Joe would, in his words “minus 1 holdout, 1 force wave, +1 resistance bomber, +1 headhunter. going to move removal around for 1 garbage chute“

At the time of writing this article, I am currently at 20-2 with the deck, having lost only to 5dice villain (Bala-Tik focused version). All of my 22 games have been against premium or skilled European or Danish players. My version differs a little from the initial powerful build from Joe, but the main game plan is the same. There is a lot to work with and I'm certain that we will see the deck sitting comfortably at the pinnacle of the meta until the next release.