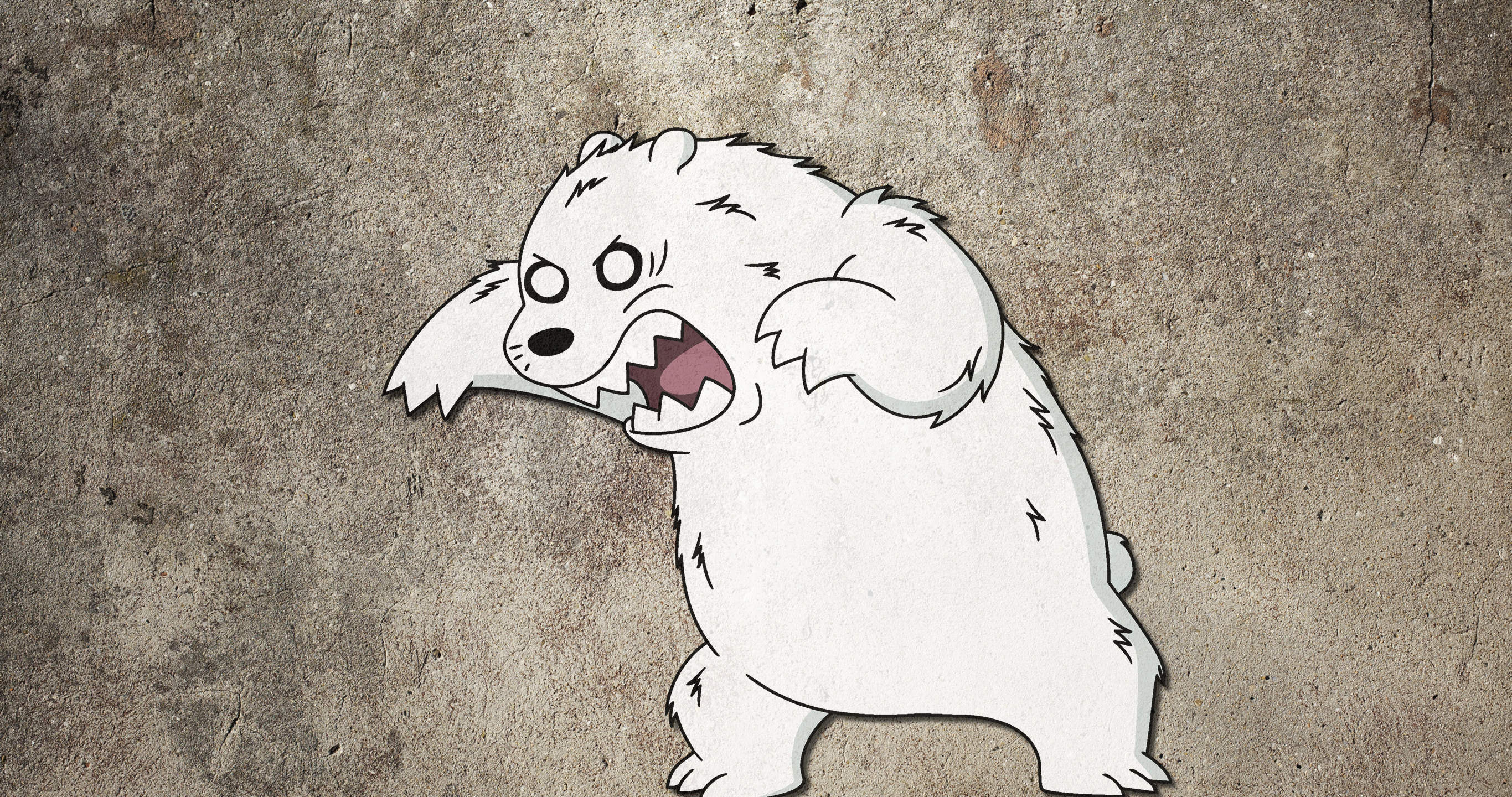 1. NORDICS?
I know, the Nordics, gotta be a joke... It's almost a non-existent tournament, right?! Well ... you are sort of right. It is definitely one of the smallest Nationals around, but then again with a population of some 36.1 people (no, that's right not million, but just 36.1 people) you can't really expect much can you?! 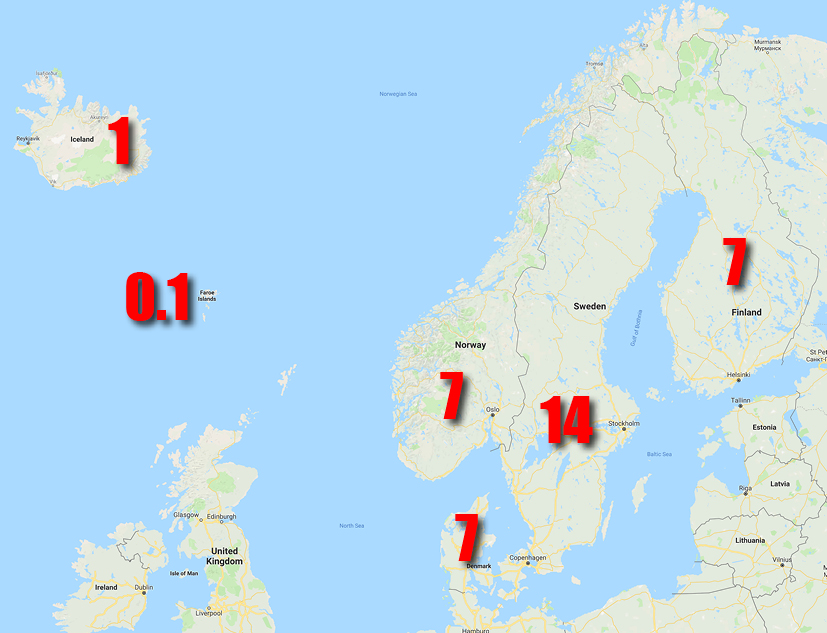 I could of course say something about the Scandinavian Welfare State and unqiue model of society that has been built in these countries, but that's not really going to make the attendance any higher ... at least we know that those not attending are generally healthy, well-educated and economically privileged, because we have free universal healthcare, no tuition fees at universities and a fairly high average income. But we also have very few Destiny players. 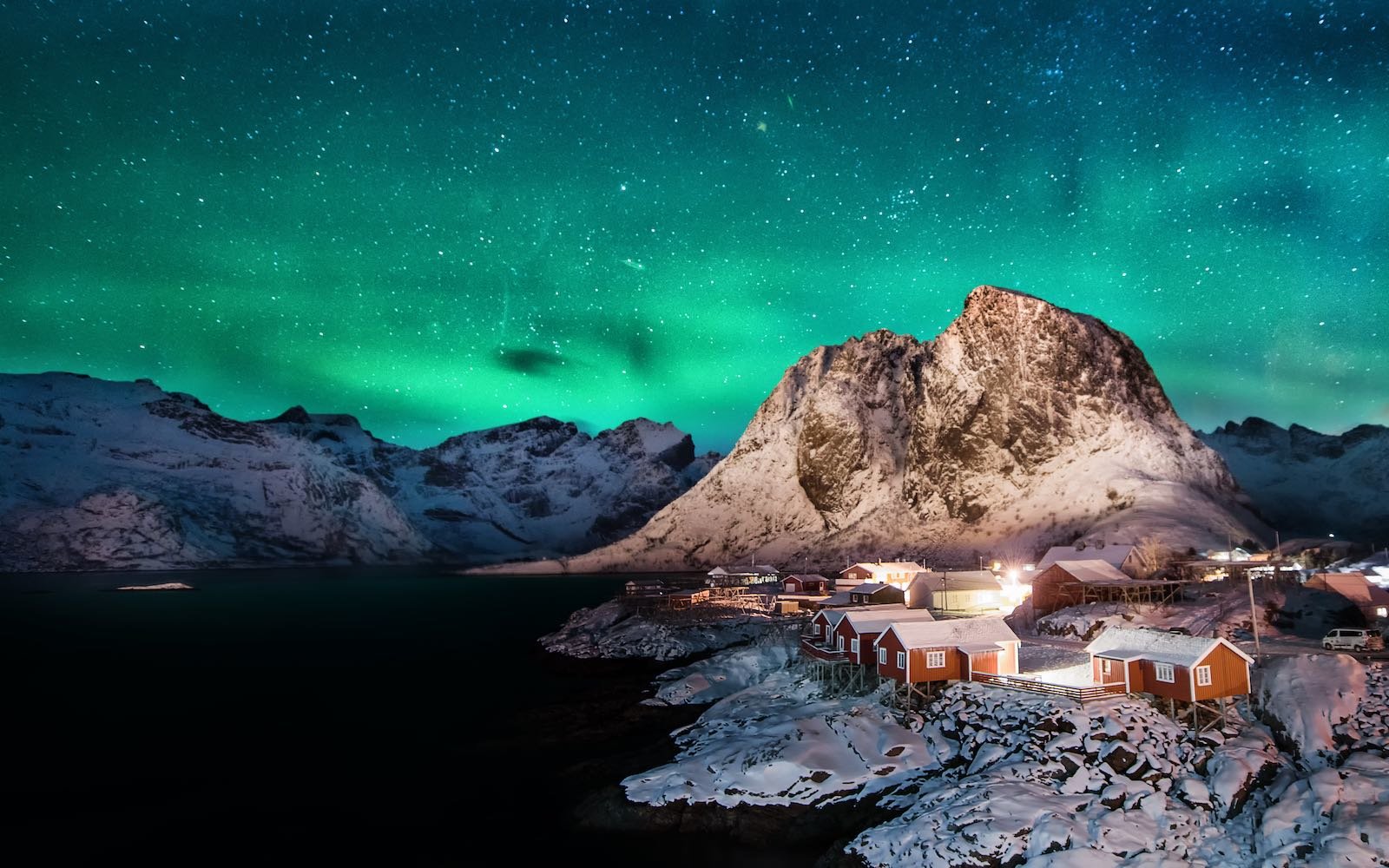 Ah right, they also have breathtaking Northern Lights in Iceland, Norway, Sweden and Finland, while we have been blessed with a million rainy days a year in Denmark - and the Freetown of Christiania! Copenhagen, the Capital of Denmark, was btw. recently voted the best city to visit by Lonely Planet (so it can't all be bad!).
2. NORDICS 2018!
Usually the Nordic Nationals is interchangeably hosted in Denmark then Sweden with the other Nordic countries receiving the short end of the stick due to the relatively small gaming communities (within the FFG games) in those countries. This year the event was hosted in Stockholm with 42 players showing up for the event.

The venue was great and had access to coffee, food and beer (last thing is important for Danes!)

With just 42 players, still making it a bigger Nordics than in 2017, there would be no paid flight to Worlds 2019 for the winner, "just" the reserved seat and the honours, but hey ... that's worth fighting for. The organising team did set up a PayPal account where people could volunteer contributions to help the eventual winner get to Minneapolis! Pretty cool initiative.

The tournament might have been pretty small compared to other Nationals, but the competition was pretty fierce with a host of amazing players. Naturally, Mads Utzon being the European Champion and all, and a pretty damn good player, was by many an odds on favorite for the title that he made an unsuccessful assault on last year.

Mads eventually bowed out of top16 at the hands of Thomas Rother's Leia mill deck, which we actually did a Budget Deck analysis of (although the current iteration is a bit different).
3. NORDICS TOP8:It was pretty awesome to see a relatively diversified top8 at Nordics 2018. The decks were spread all the way from Monoblue heroes as well as Leia mill over various iterations of Aphra decks to Monoblue as well as 5dice Villains (we'll post the deck lists in another article). 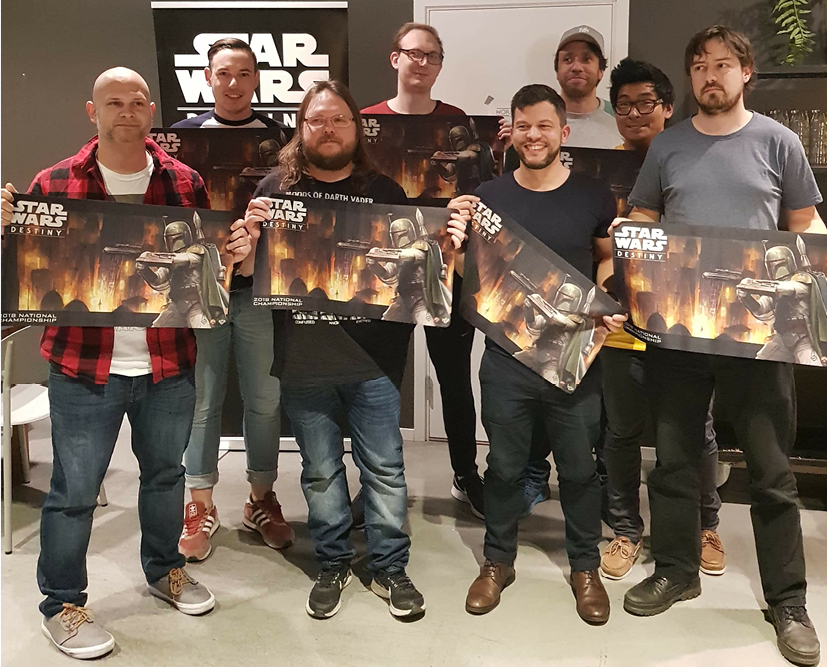 As you might be able to see, I managed to sneak in to the top8 and was actually the number one seed after the Swiss rounds! Yeah, the image is a bit blurry ... I guess it had been a long day for everyone! There are even two Austrians in the far left of the photo ... guess, the Nordic countries are growing!
4. CHOOSING MY DECK!It had been difficult for me finding a deck! My problem was a bit awkward, since I know that a lot of people struggle to get enough games of Destiny in between work, family life and whatever obligations are thrown your way. My problem is that I play too much. Yeah, I know, first world problems!

Well! It's actually because of the website. Because I constantly write or edit articles and deck analyses, I'm also playing games with those decks before making the actual analysis. Usually I draft a template of the analysis, then I play 3-7 games dependent on how well I know the deck and its mechanics, then I redraft and finalise the article. This essentially means that I'm all over the place with decks, and rarely get to focus on playing a single deck.

But at least it gives me a pretty decent overview of what decks are in the format and what anyone aiming to do well should be on the lookout for. Based on the latest Nationals reports, this would then include:
Secondary considerations included eYoda/eRose/eGungan (which is Mads Utzon's preferred deck), DJ/Aphra/BD which had thoroughly impressed me in testing, or similar control versions, Aphra/Executioners, Kylo/Pryce and Hero Mill. For the sake of testing some of these decks can be tested against in very much the same way, and you might not need 10 reps in against both Aphra/Snoke/BD and Aphra/Executioners since many of the mechanics are the same.

At first I was leaning towards Dooku/Talzin, but got cold feet after a few games, while I already had trained extensively with and against both Talzin/Mandalorians and eSnoke/eBazine/BD (Fat Tires). I knew that I wanted a deck with good match-ups against 3wide teams and fairly favorable match-ups against 2wide. I wasn't overly worried about mill decks, because I felt that mill players had been cornered for now ... although I did for a second consider bringing a mill deck myself. My indecisiveness on the matter became what ultimately convinced me not to bring it. I was getting nowhere ...
5. CONSISTENT, TANKY, EASY!

I eventually decided on Kylo/Snoke for 3 reasons:
When your main character has 50% chance of hitting damage sides and your support character has a 55% chance of hitting at least 1 Focus side, you are looking at a pretty CONSISTENT deck. Add the TANKINESS of being able to play Rise Again round 1 against aggro decks trying to take out Kylo Ren fast (or Snoke for that matter) by simply Power Action a Resource side on Kylo, then all in all you have it pretty EASY.

All of the above is not to say that winning is easy or that losing is difficult - things always gets complicated when you sit in front of a good player facing off in a game of variance.

I'd been running a list gravitating around the same 25 cards for quite some time, and after watching some games by Loke Andersen, member of the YOUR Destiny Test Group and probably one of the finest Kylo/Snoke players around I was convinced that the core of the deck was where I wanted to be at in the current meta.

The real question was whether to tech in cards that would help me in specific match-ups, these included:

I knew that the cards would be dead in some match-ups, while they would be absolutely monstrous in specific games. Some of the concerns for REND were whether it would mess with my Blue/Grey ratio that would make No Mercy less powerful. But then again, I'd most likely want to see a Rend early in the game, and a No Mercy in the midgame. Question was whether I could live without Rend against Talzin/Mandalorians?

As powerful as ABANDON ALL HOPE can be, often it felt clunky in my hand during testing, and more often than not, I could achieve the same result by Snoking a Kylo Disrupt side.

In my test games I never managed to play a FORCE WAVE, so evaluating its merits was actually difficult. Needless to say, it would be amazing as a first round upgrade against any 3wide deck.

The most obvious include would be DEFLECT since it works against a myriad of decks in the format, including Talzin/Mandalorians, vehicles and Dooku/Talzin. 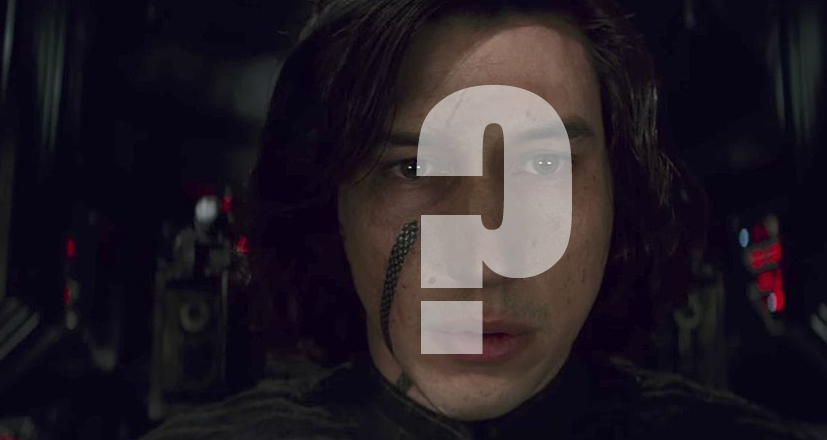 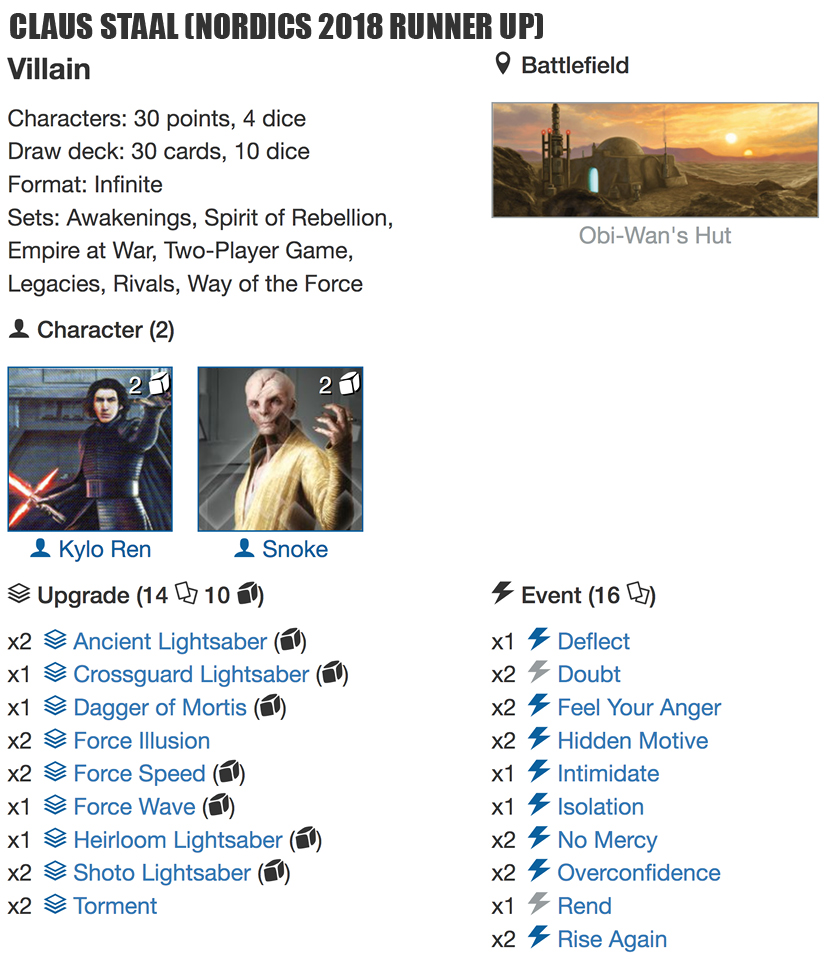 As it turned out I included 3 of the 4 tech cards that I had been mulling over and all of them as one-offs. Retrospectively, Force Wave was definitely not worth it, and I only got to use my Rend once in the entire game, mostly due to the absence of Chance Cube based vehicle decks and Talzin/Mandalorians, while Deflect was every bit as good as I had expected it to be!

It recommend though for anyone considering this list (for whatever time it has left in the meta) not to overthink it too much. Bring what feels good. Figuring out the meta will wreck your brain!

I ended up playing against NINE DIFFERENT decks in the 6 Swiss rounds, top16, top8 and top4, only repeating the match-up against Yoda/Luke in the finals!
7. WHAT DOES IT TAKE TO DEFEAT KYLO?Well ... interestingly enough, it takes Monoblue Heroes ... I know!!! My only loss of the day (sort of) came at the hands of Yoda/Luke and was probably some of the most amazing games of Destiny I've ever played! 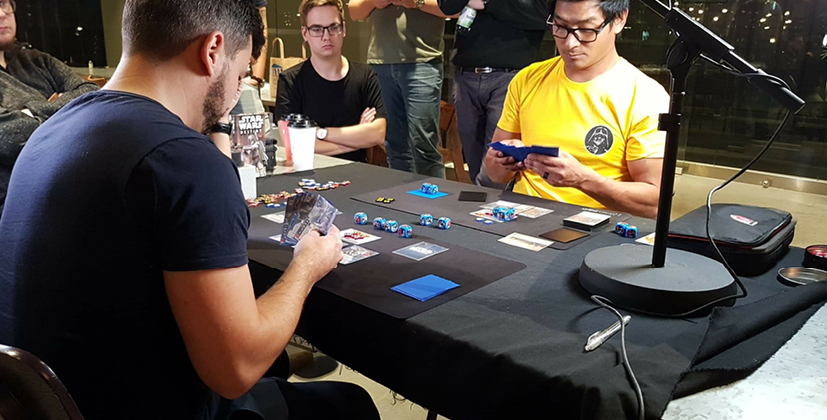 Martin Nyberg managed to take down the final in a final that was, according to the rumours, worth watching on the stream, and that was incredible to be a part of. 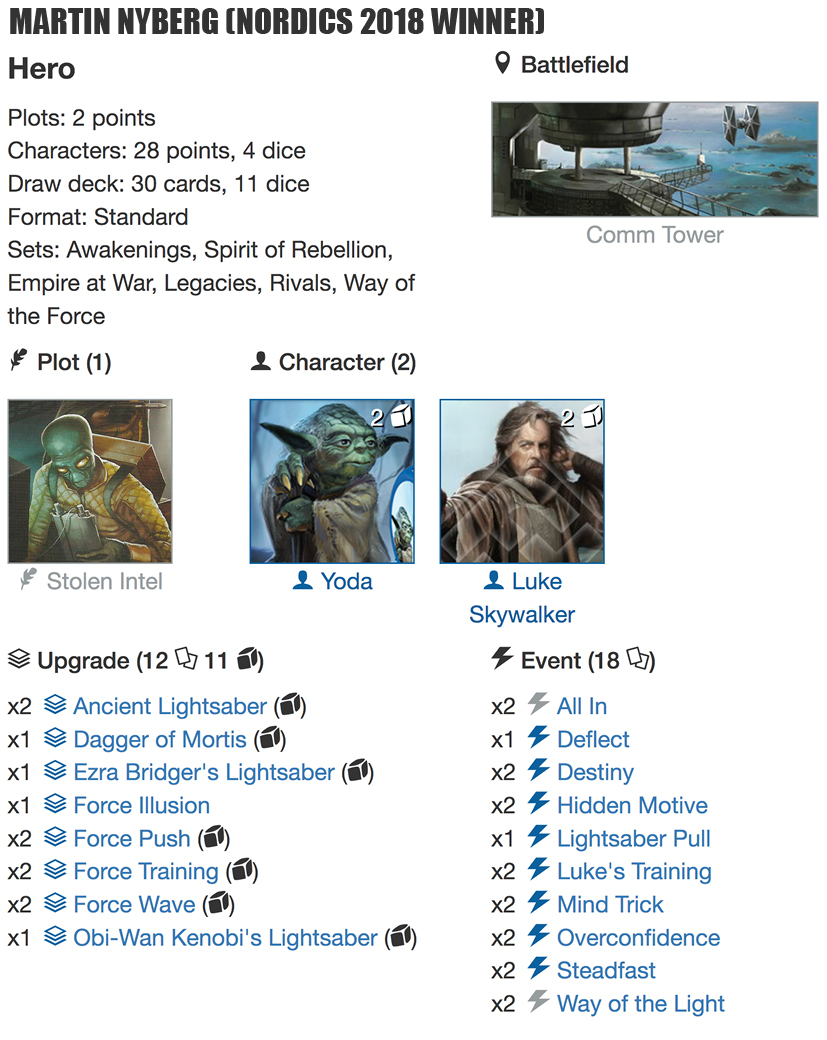 I'll do a proper write-up of the deck later, but for now a huge CONGRATULATIONS to Martin for defying the odds and killing it in the final to become the new Nordic Champion! 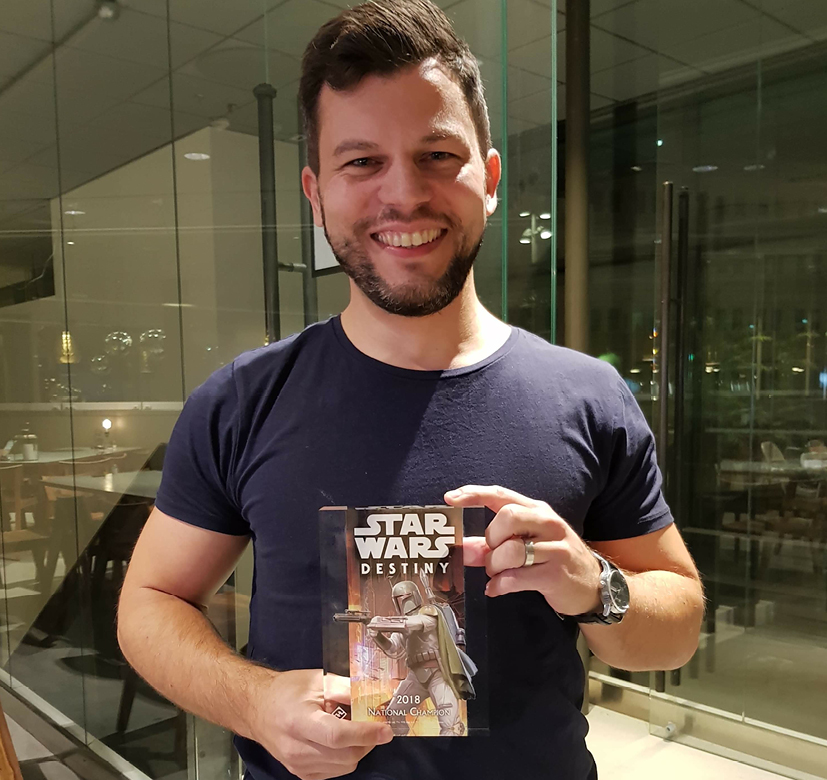 Despite what everybody thought prior to the final, myself included, his deck was in fact quite well-positioned to take on Kylo and he did so superbly.
8. PUMPED UP FOR MORE ...In a month from now I'll be going to Paris for the French Nationals and I'm super stoked! It's not only going to be with a new card set, Across the Galaxy, but it's going to be with a runner-up from Nordics that are gunning for more Destiny action!

HUGE THANK YOU to every one who were supporting the YOUR Destiny team while we were there - and thank you to everyone who came up and said hi! AWESOME!