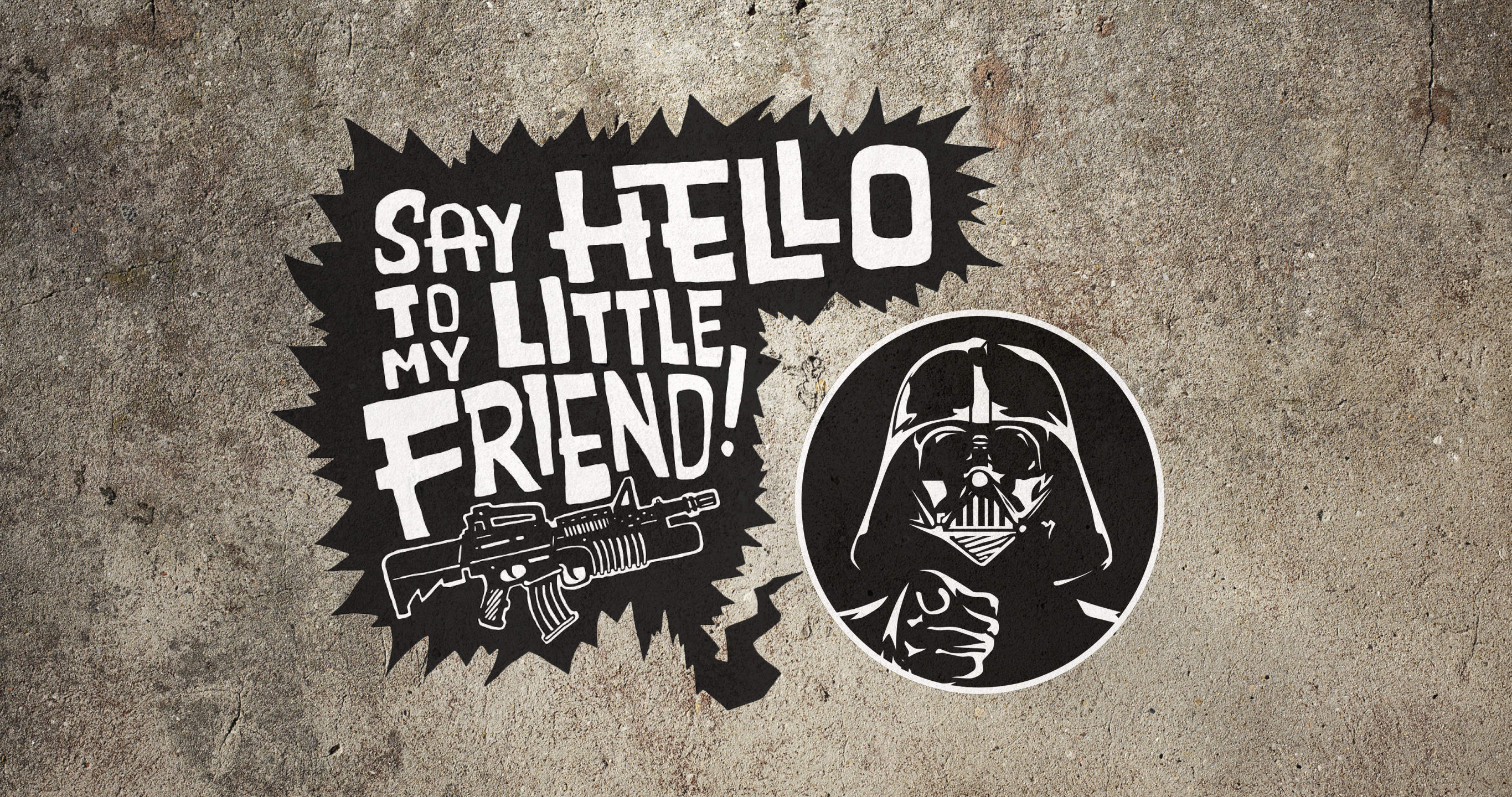 Read OUR PREVIOUS COLUMNS!
5 REASONS FOR FFG TO GET A RELEASE SCHEDULE:
Written by CLAUS STAAL

The following is going to sound like a bunch of unsolicited complaints, but it's really not meant to be. Sure, some of what I'm going to say will sound pretty harsh, and while it's intended to be constructive, it's also written in a spirit of "asking for change". I've been involved in this game for a while now, and I hope nobody is in doubt of my passion for the game! I've also, generally, tried to approach this game from a primarily positive framework, but lately it's been increasingly difficult to stay within that narrative.

The run-up to the release of Convergence has been weirdly dividing.

On one hand, it's been one of the most innovative run-ups so far (compared to other FFG releases), with an unprecedented amount of spoiler articles published, livestreams, spoilers given to a great number of content creators and so many great promises of change to a "system" which so far hasn't worked out well for Fantasy Flight Games (FFG). This time it really looked like FFG had it right! Positive changes to Organized Play, including change in the leadership in the division, which we already heralded as the sign of something infinitely positive here at YOUR Destiny! They even announced Convergence just days after Way of the Force (the sixth expansion) landed in stores worldwide. And mind you, managing that release was already a major success! Things looked AWESOME!

... and then on the other hand, as we are closing in on an expected release for Convergence, nothing has changed at all - at least so it seems! It's business as usual - and it looks like bad business!

You can of course always debate what would be a reasonable (and realistic) public release schedule, and while it would be MAJESTIC to know the release dates of 3 sets in advance, that will never happen, and it's probably even unrealistic to aim for 2 sets in advance, but I'd assume that at least the actual release date for the next set is manageable! That date could then be given the day after the release of the current set. 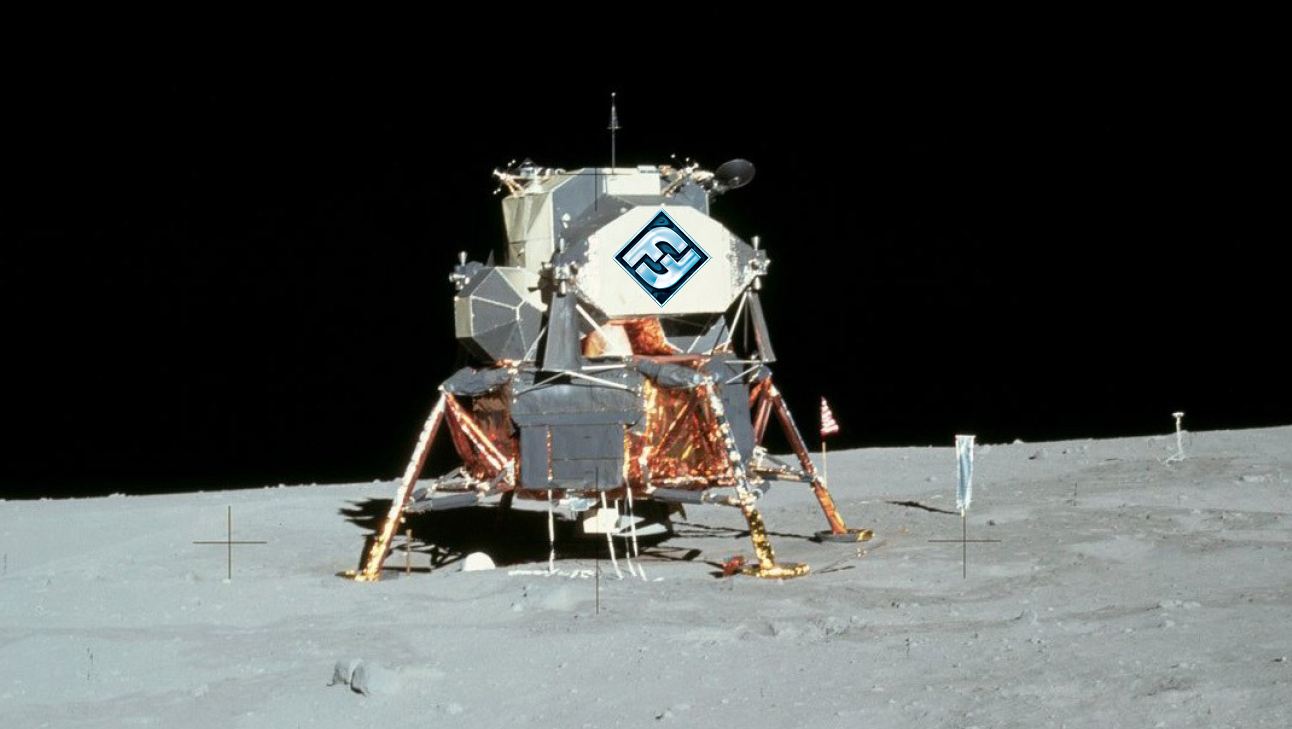 We are not exactly landing a craft on the moon, but sometimes it seems as if it is as difficult. Am I misunderstanding something here? Is it really that difficult to manufacture cards and dice?

In today's Wednesday column, I'll be looking at "5 Reasons Why FFG Need A Release Schedule". And I'm definitely ready to be proven wrong!
1. END ALL THE RUMOURS!It's been said so many times before, and the misery that is the release of Convergence once again demonstrates the urgent need for Fantasy Flight Games to publish a release schedule. Browsing through the comments on various Social Media to the rumours that Convergence might not arrive until late March 2019, you can essentially divide the comments into:
The fact is that Fantasy Flight Games never promised that Convergence would land in stores in February! That's something that we - the customers - came up with. But by NOT communicating clearly when the product will arrive, FFG has left themselves in a situation where they become vulnerable to all sorts of 'gossip'. In the absence of facts, people make up half-truths and those are usually just as bad as lies.

Why expose yourself to bad publicity, which most rumours actually are, when you can stop the rumour mill quite easily by simply: Publish a release schedule (or in lieu of that a release date)! There is such an infinite divide between the quality of this game and the way, apparently, the production of the game is managed!
2. DON'T TAKE LOYALTY FOR GRANTED:It's my impression that Star Wars Destiny players are incredibly LOYAL customers. Mostly because they love Star Wars! And whenever something shiny that has Star Wars printed on it appears in front of us we are hypnotised by the "shinyness" of that which has appeared, but also motivated and driven by our loyalty. 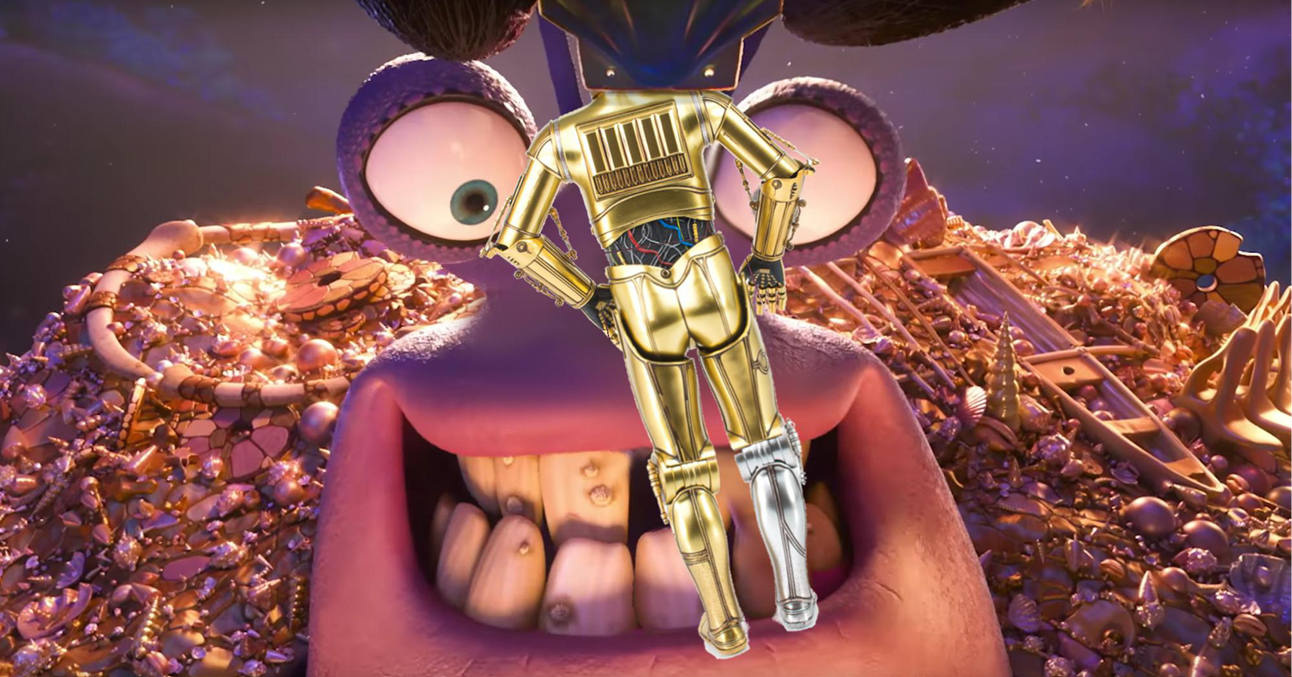 Sometimes this high degree of loyalty (seemingly) can make Fantasy Flight Games forget that we are also, and for some of us first and foremost, customers! We live in a world where customers are so accustomed to setting the rules and conditions, NOT producers. We are not merely the mute recipients of gracious producers. We are the ones keeping them in their jobs!

Customers have always been fickle, but to a much larger degree now than ever before also critical. We are not just going for whatever is out there, we are much more demanding and if a producer is constantly screwing with us, we might just decide to call it quits! 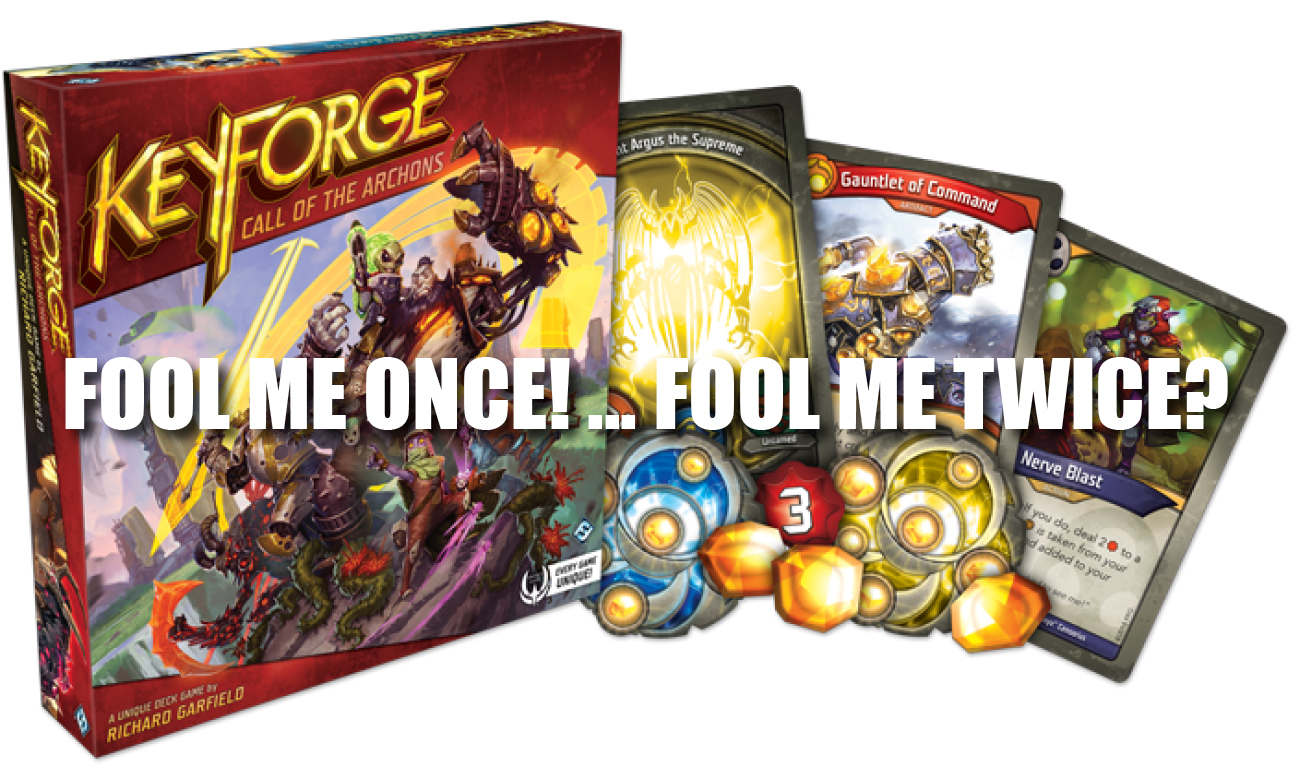 I for one, didn't buy into KeyForge (another product produced by FFG) for that exact reason! I just didn't want to pour more money into a company that so far hasn't been able to live up to minimum expectations for a game that I'm already heavily invested in. It's the same reason I'm not buying X-Wing, Legion, Armada, Imperial Assault ...

And truth be told, if I hadn't already invested so much in this website, I'd definitely consider pulling the plug on Destiny (it's not even about the cards I've already purchased! My car has lost more street value in the last two years than I've invested in Destiny cards, so I'd be willing to (also) live with that hit to my wallet). And this is even though it's by far the most enjoyable game I've played for many many many years!

Some would claim it's comparing apples and oranges, I beg to differ ... 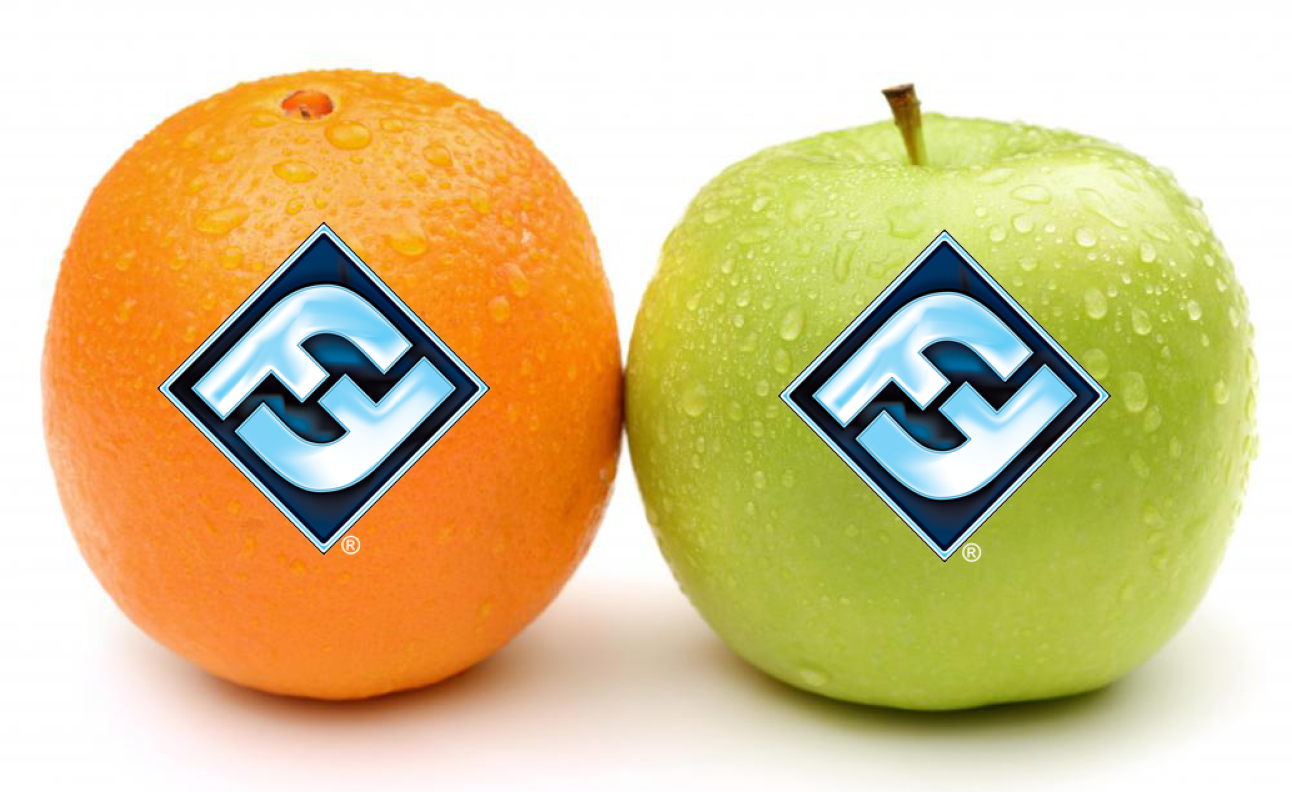 3. HELP US IN HELPING YOU ...It's difficult for any company to create hype around its products all by itself! It usually requires the help of its potential customers. And normally customers are incredibly good at creating hype! We get excited and want others to know how excited we are! 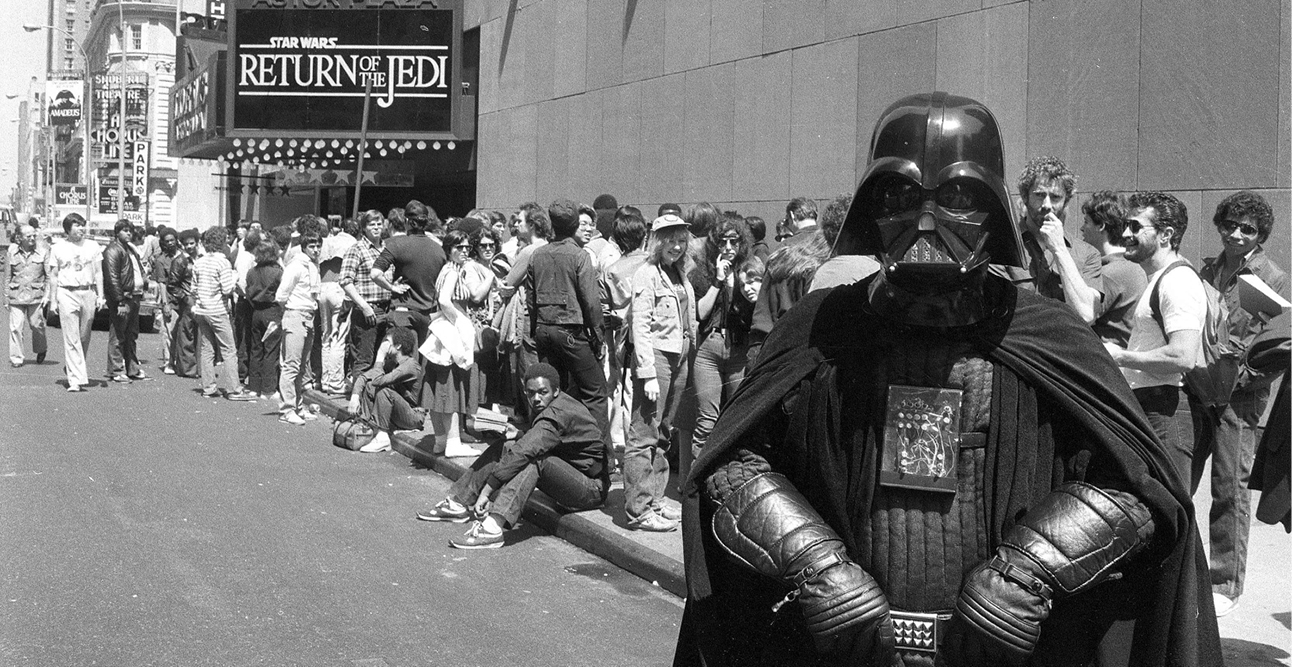 A couple of weeks ago I was preparing an article for the website, which I intended to call "Why YOU should be excited about Destiny" ... funny, right ... that article has been shelved for now!

It's incredibly difficult to keep excited when you are not really sure what you are supposed to be excited about. I'm constantly seeing Star Wars Destiny content creators jumping through hoops to find something exciting to talk about ... and while they usually do a great job, well ... it's sort of getting ... well ... 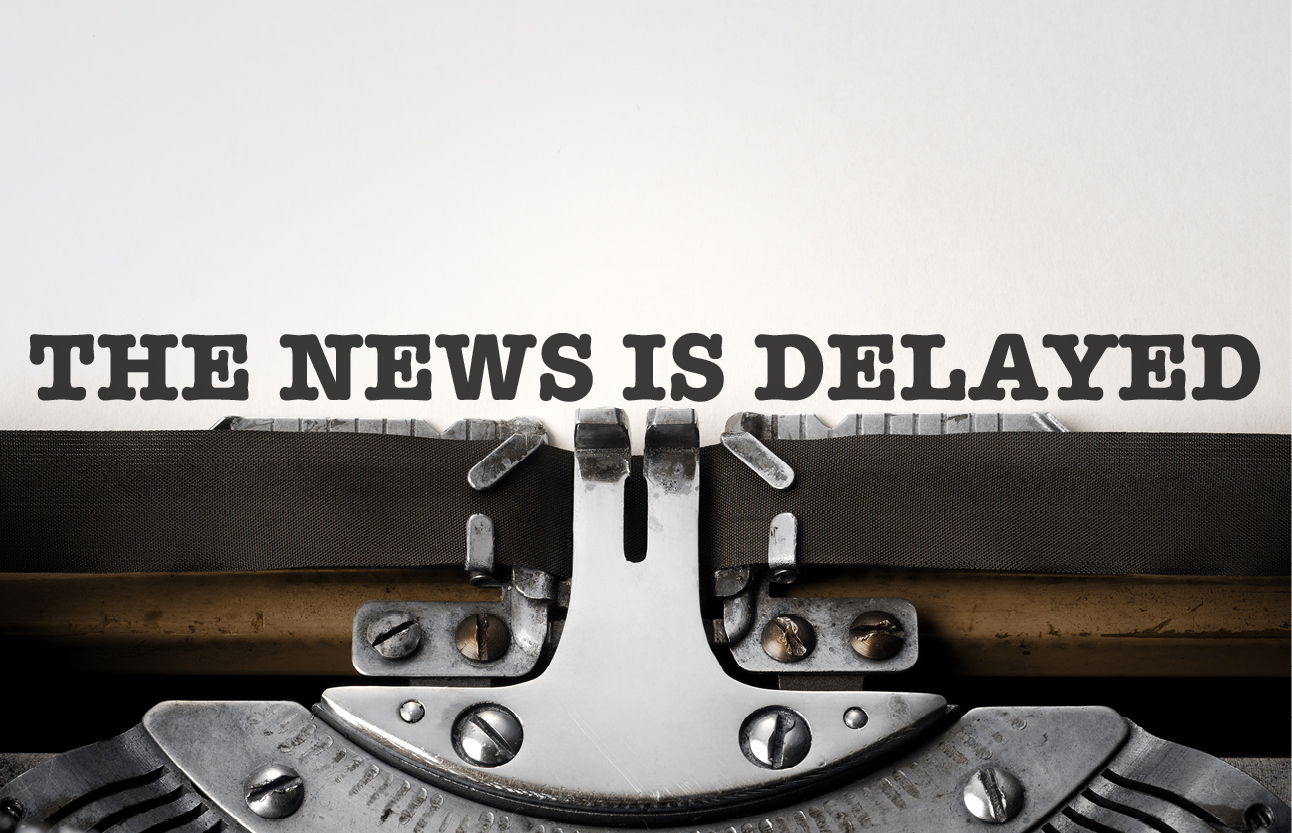 The unfortunate truth is ... at the moment .... the biggest news in Star Wars Destiny are the persistent rumours concerning the possibly delayed release date of Convergence. Since many of the content creator channels are also functionally news sites, that's what we are going to write about! And it really bugs me, that something which could easily have been taken care of by having a published release schedule is now taking focus away from what should have been the biggest news: Rotation and Convergence, and all the possibilities it offers us!

While it's not Fantasy Flight Games' job to keep content creators, such as myself, happy and brimming with a constant flow of news worthy stuff - I know it isn't - it really would be in the best interest of everyone, from producer to consumer, that there were some kind of news worthy stuff.
4. LISTEN TO CUSTOMERS:Customers aren't always right, but sometimes they are!

Honestly, it's not about whether or not we get the new set: Convergence, today, tomorrow or 4 weeks from now. It's about Fantasy Flight Games simply refusing to say anything about a release date AT ALL. If a statement from FFG was released saying that Convergence due to "whatever reason" would be released no later than this or that date, I'd accept it. It might even have been the plan to release on that date all along. Sure, I might not be happy, but at least I would know that I'm dealing with a transparent company that takes its customers seriously! Informing your customers also means that you can actively level the expectations. As it is now, FFG is constantly catching up from behind! Why not take the lead on it?

To me, it seems very much like FFG consider their silence to be their best defense, but it rarely is! Have you ever tried to screw up in a relationship and then just keep silent about it? Hoping that with the passing of time the "screw up" would be forgotten about? Are you still in that relationship? Probably not. 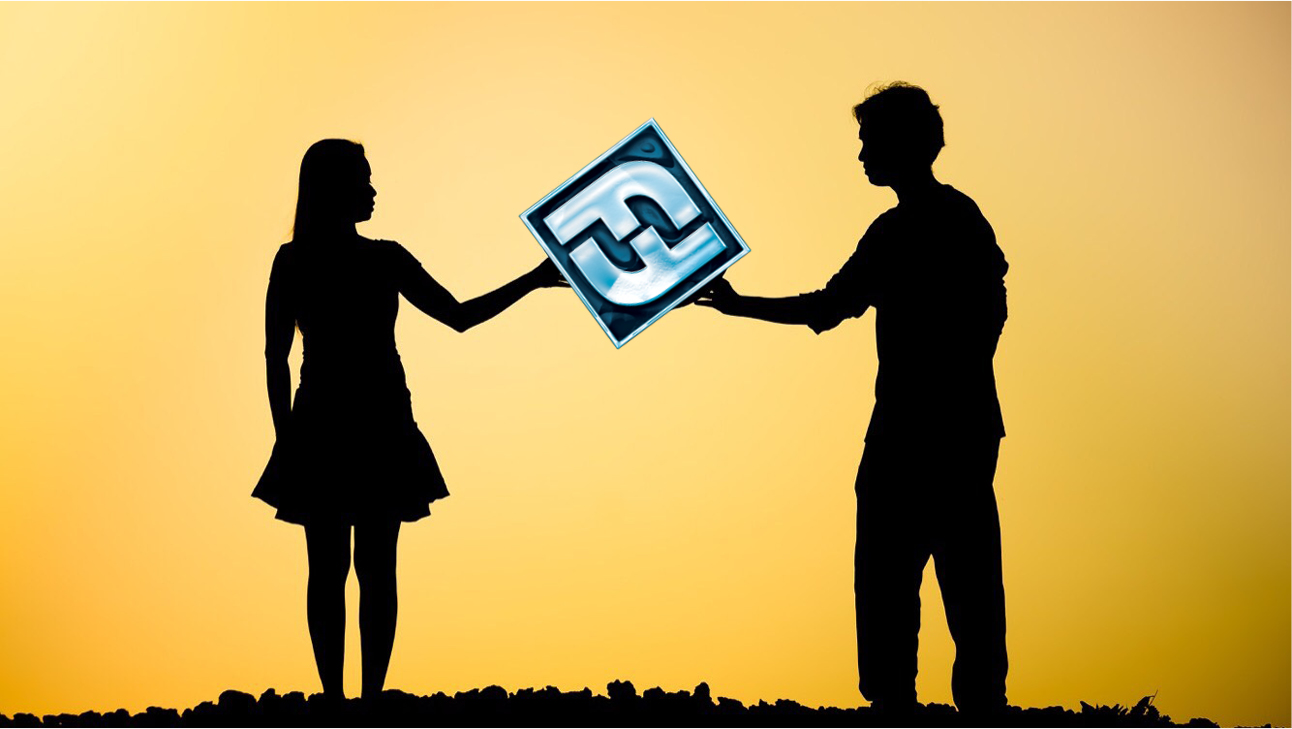 When customers since the release of Star Wars Destiny have asked Fantasy Flight Games to become much more reliable when it comes to release dates (amongst other things), it's not just been due to one or two hick-ups, but to an almost unparalleled inconsistency. There's in fact just been a few of their releases which has seemed reliable. 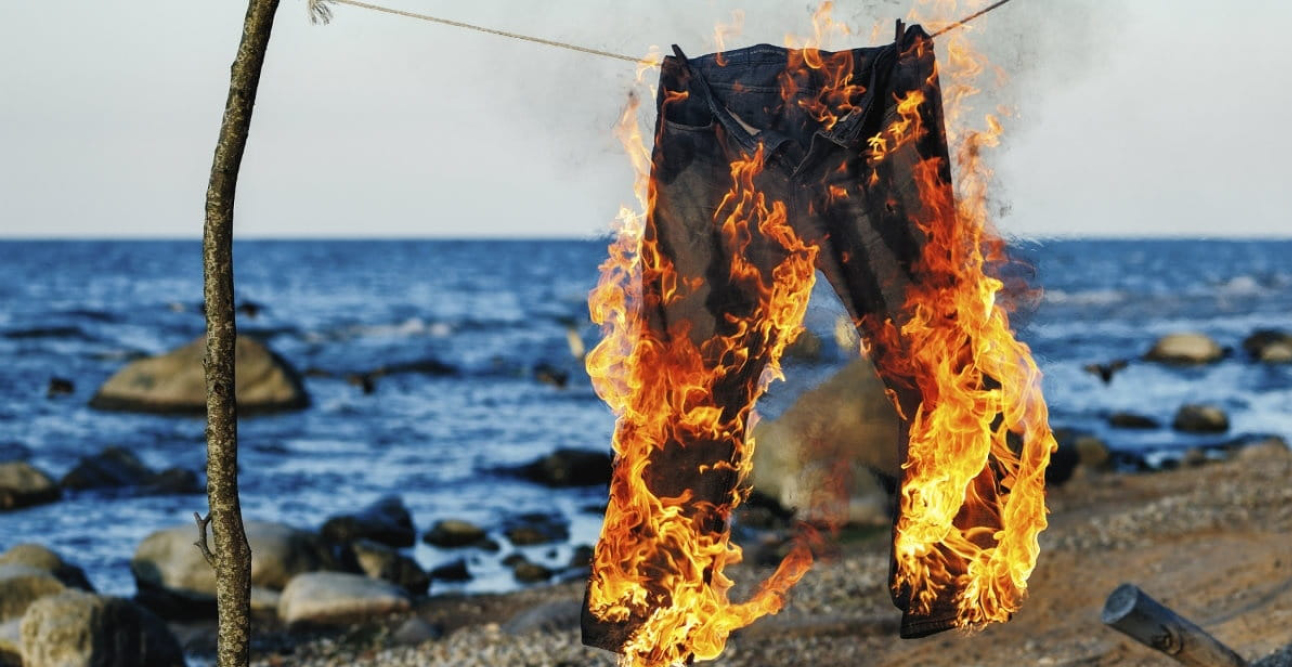 Customers generally aren't THAT WRONG ... and if it's not the customers ... it has to be the producer. Listen to your customers! Sure, we also have mood swings, but right now it isn't really swinging ... it's pretty constant!
5. HELP LOCAL GAMES STORES:Ever since Convergence was announced on December 7 last year, I've been planning to do some kind of in-store-promotion together with local games stores! I really wanted to bring out the big guns - BIG TIME! I wanted to make as much noise as possible to entice as many new players as possible at a moment which seems as opportune as ever for Destiny! The novelty of the game might have started to wear down, but rotation is the promise of a new golden age for Destiny. 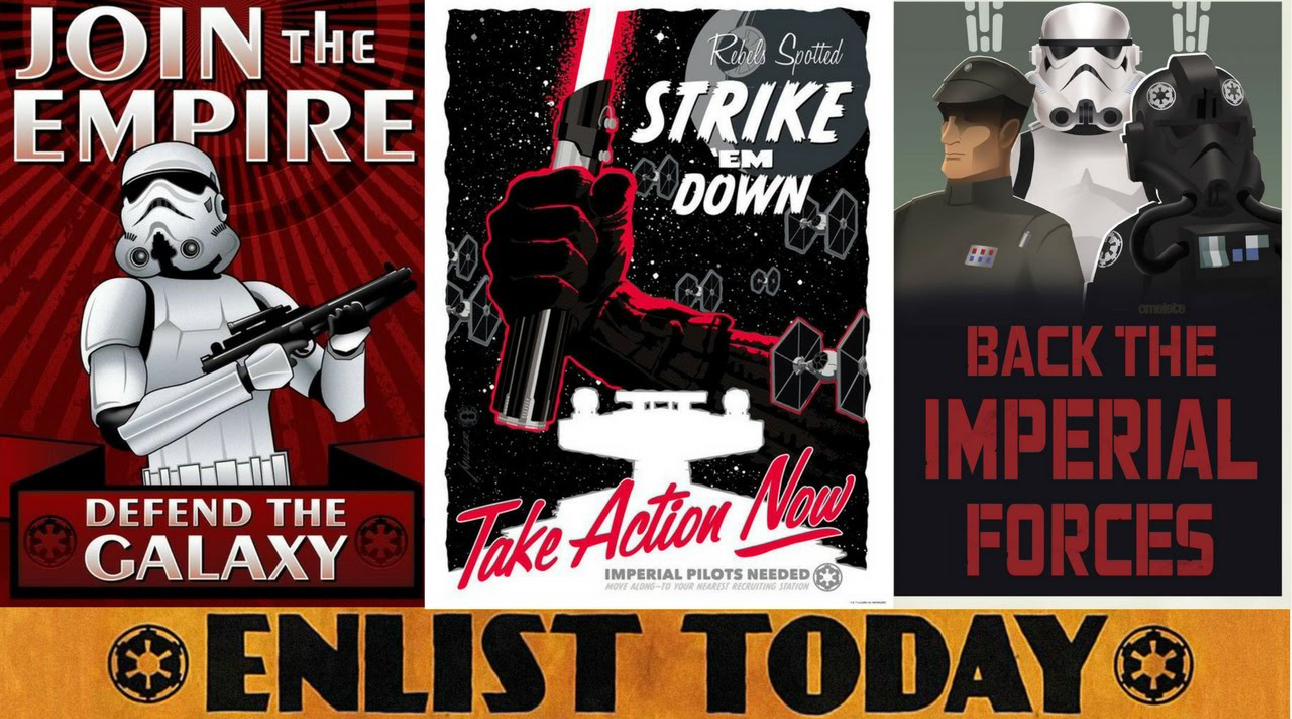 But it's pretty impossible to make events for something you don't know when will happen?! How are Local Game Stores, who are trying to sell loads of stuff from loads of different producers, ever going to prioritise Star Wars Destiny when they don't know when to expect the product?

I've spoken to game store owners who'd love to host major events, i.e. release drafts, sponsored release tournaments, etc., but simply don't know when to put it in their events calendars. You can't expect an event to be successful unless it's being advertised well in advance, and you cannot expect Local Game Stores to keep dates in their calendars open forever. 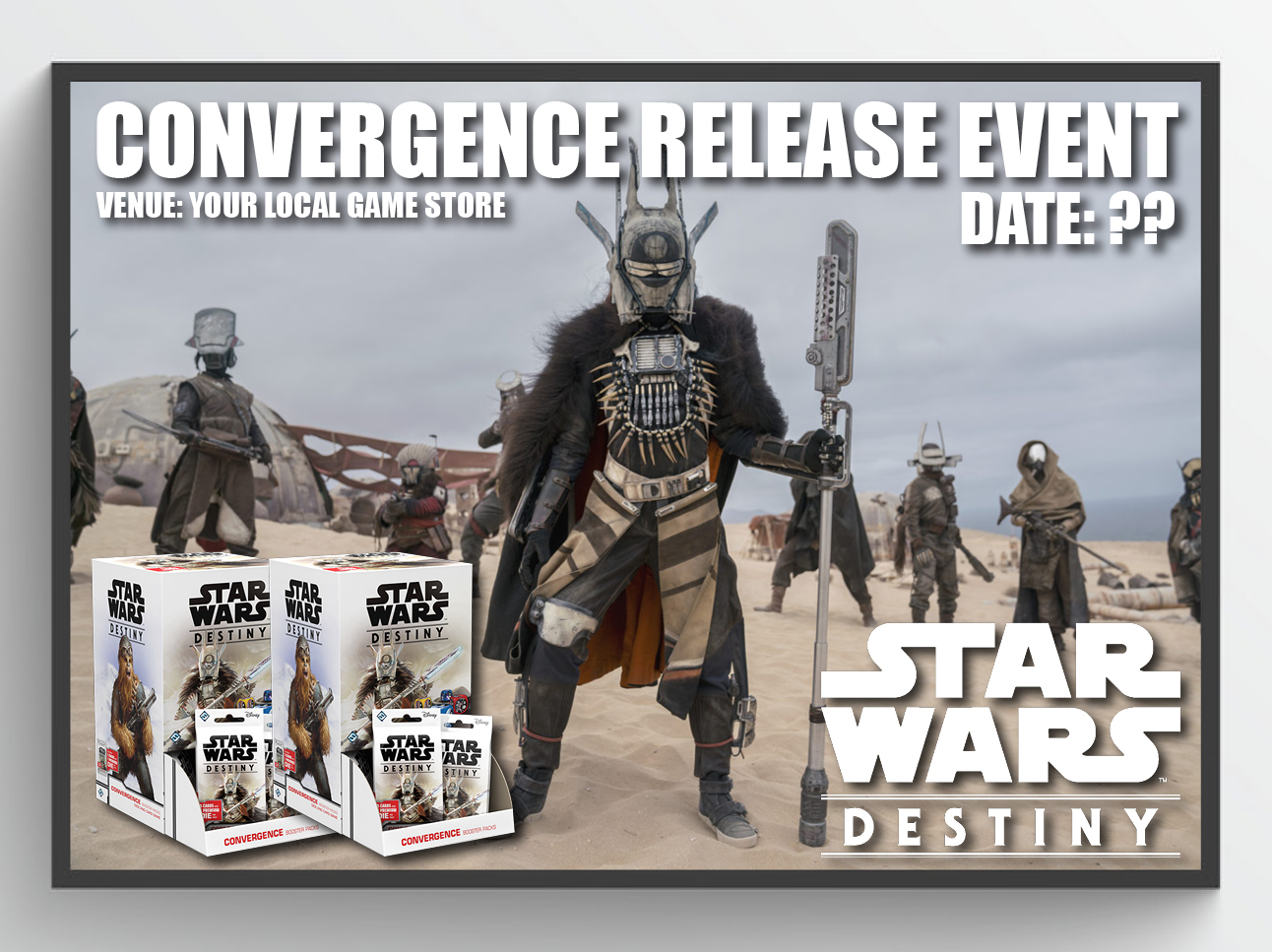 You can probably see how an event poster like the above would have difficulty attracting any participants (apart from the fact that it's an amateurish poster created by me in 5 seconds) ... but man, it could have been a great event!

The best help that can be offered to a Local Game Store is really for them to have access to a reliable release schedule!
I WANT DESTINY TO SUCCEED!It's true! I really want Destiny to succeed! Not because I get anything out of it being a success, other than more people to play with, but the game truly deserves to become an even bigger success than it already is! It's a great game with amazing levels of complexity and it can potentially be appealing to a wide range of players, from beginners to hardcore tournament grinders. I believe that some of the ways for it to succeed can be found in between some of the lines I've written in this article!

MAY THE FORCE BE WITH US ALL!