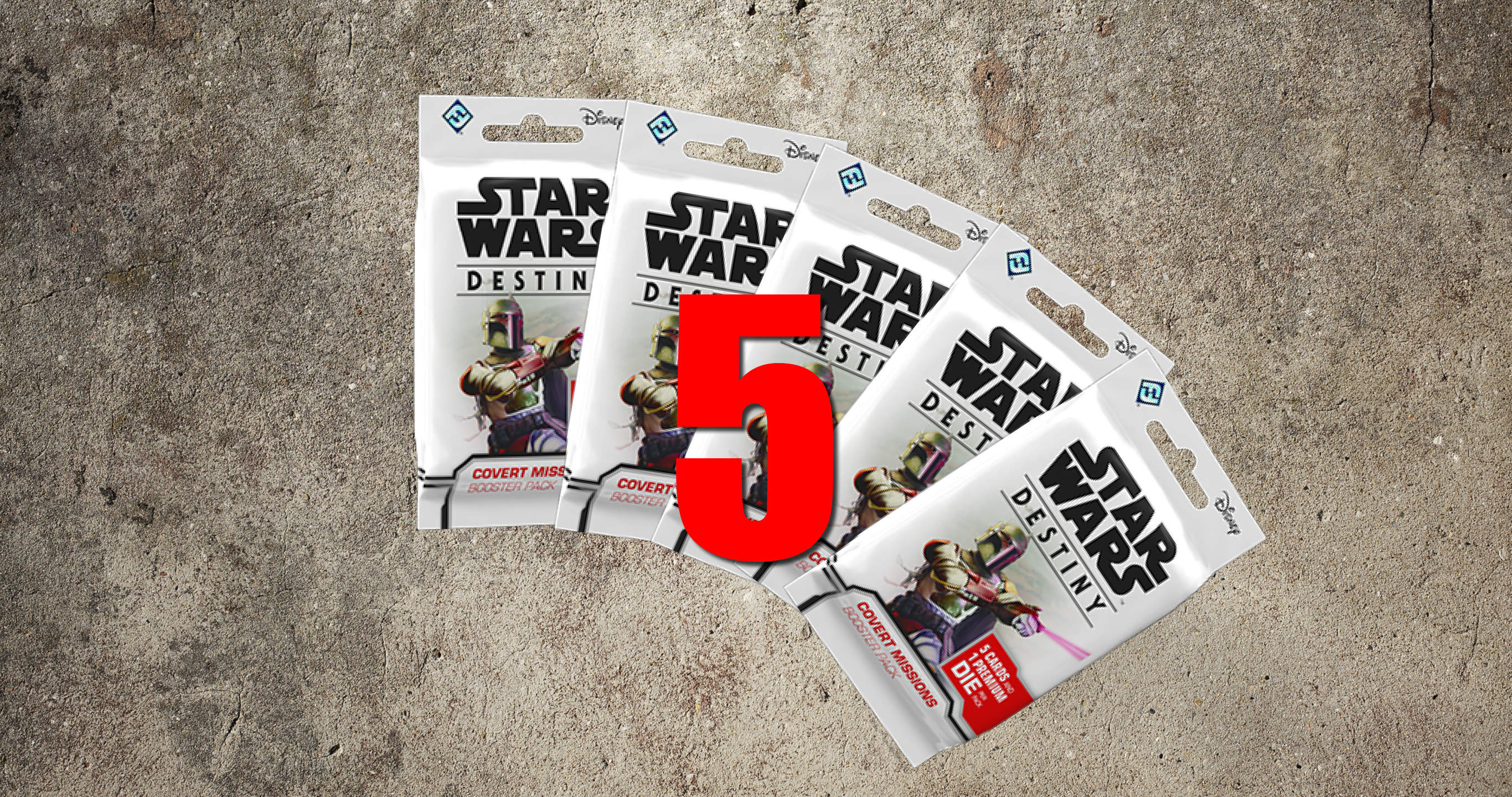 Alright ... calm down! This is NOT an article on why the game is dying, although, right now it feels like it's in free fall, AND it is also NOT an article on me leaving the game, but rather a few randomly put together thoughts on why I don't think I'll be preordering Covert Missions.

This does not mean that I think players generally should not pre-order Covert Missions. My 5 reasons are personal. You probably have your own. Whether you pre-order or not.

I've actually pre-ordered at least 10 boxes from Spirit of Rebellion through Spark of Hope.

NOTE: As we are moving into the last month before the expected release, which should hopefully be some time in January 2020, and spoilers are starting to drop from various content creators, I'm definitely open to change. MAYBE, the set is just that good and maybe it will revitalise the local communities ... and maybe I'll need to put an order in after all.
1. UNCERTAINTY:One of the big deciding factors for me opting not to pre-order a tons of COVERT MISSIONS displays is definitely the uncertainty surrounding the game. CALM DOWN! I DON'T THINK THE GAME IS DYING (I said that already, right), at least not at an accelerated speed, but I'm just not certain enough on where the game is going to be willing to throw in another million pesos.

I'm aware that Denmark is rumoured to be a wealthy society where we are all royalty, but most of our wealth is tied down in our extensive welfare state, providing universal healthcare, free education, relatively good infrastructure, etc., and while that's GREAT, it doesn't mean we can just carelessly throw our remaining money at Star Wars Destiny merchandise. 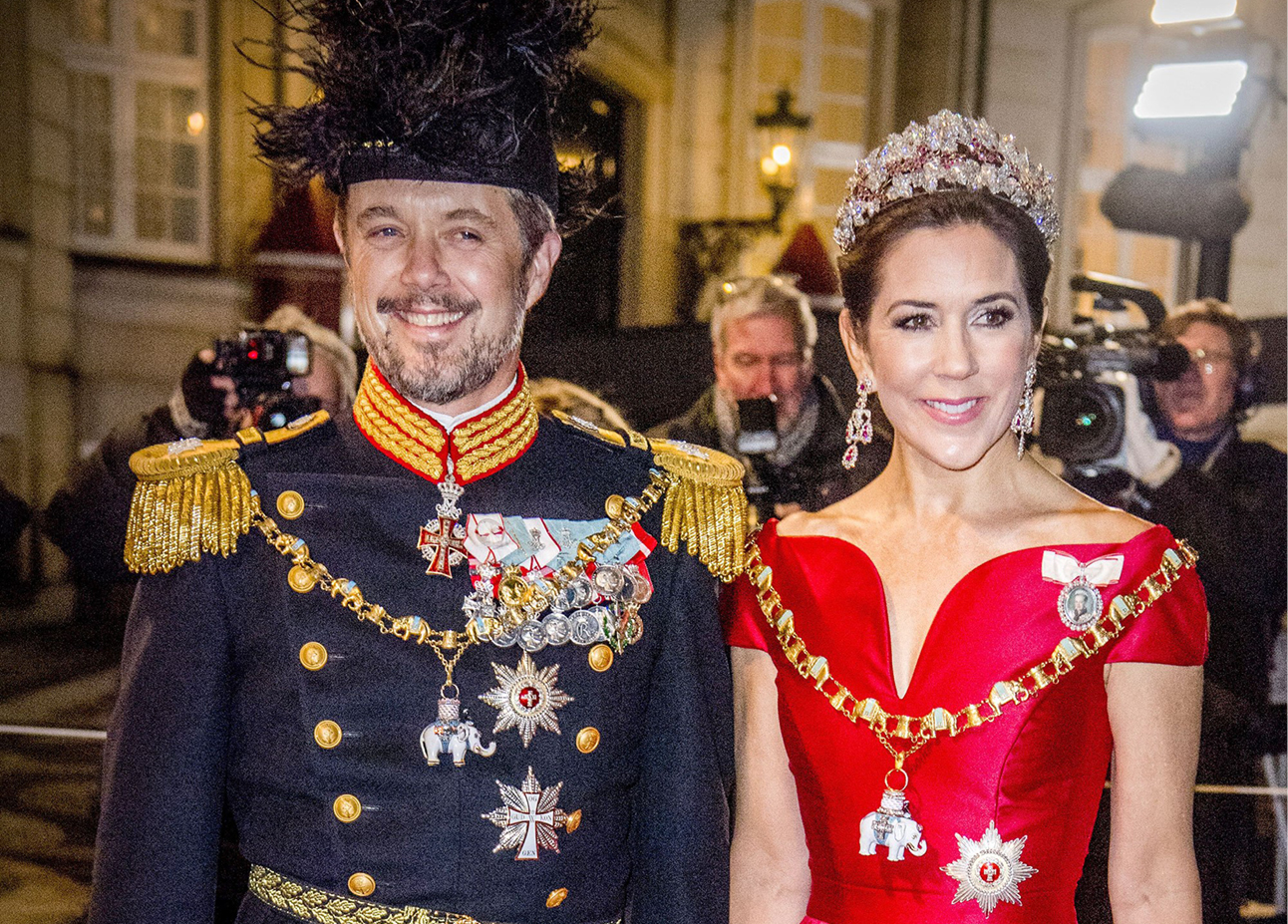 Also, in Denmark the MRSP (Manufacturer's Suggested Retail Price) for a Star Wars Destiny display is DKK899, approximately US$130, but we normally get the full displays at a reduced price when pre-ordering. It's normally around DKK650, approx. US$95, but it's still a lot of money to drop when you are not really sure whether or not your local community will survive the current state of depletion.

We've up until quite recently enjoyed a very healthy local community in and around Copenhagen (the capital of Denmark), but the last year has been rough for us and it's not from a lack of trying. We have some stalwarts in the community who are working tirelessly to keep the community afloat: I salute you! We are now even considering dropping our weekly Destiny Tuesday. This essentially means that stocking up hard on Covert Missions can be a somewhat difficult decision given the fact that you might not even get to play with the cards outside of larger tournaments ... and there's likely to just be one Prime Championship left in Denmark (after the anticipated release of Covert Missions).
2. NO SECONDHAND MARKET:No-one, other than "greedy" full-time marketeers, want to go back to what the secondhand market looked like during the dark days of the Awakenings product shortage. Remember that? That was when a single Legendary, like Darth Vader or Jabba The Hutt would set you back US$100, and Rare cards like Sith Holocron and Holdout Blaster would be US$30-40, if you could even find them for sale. 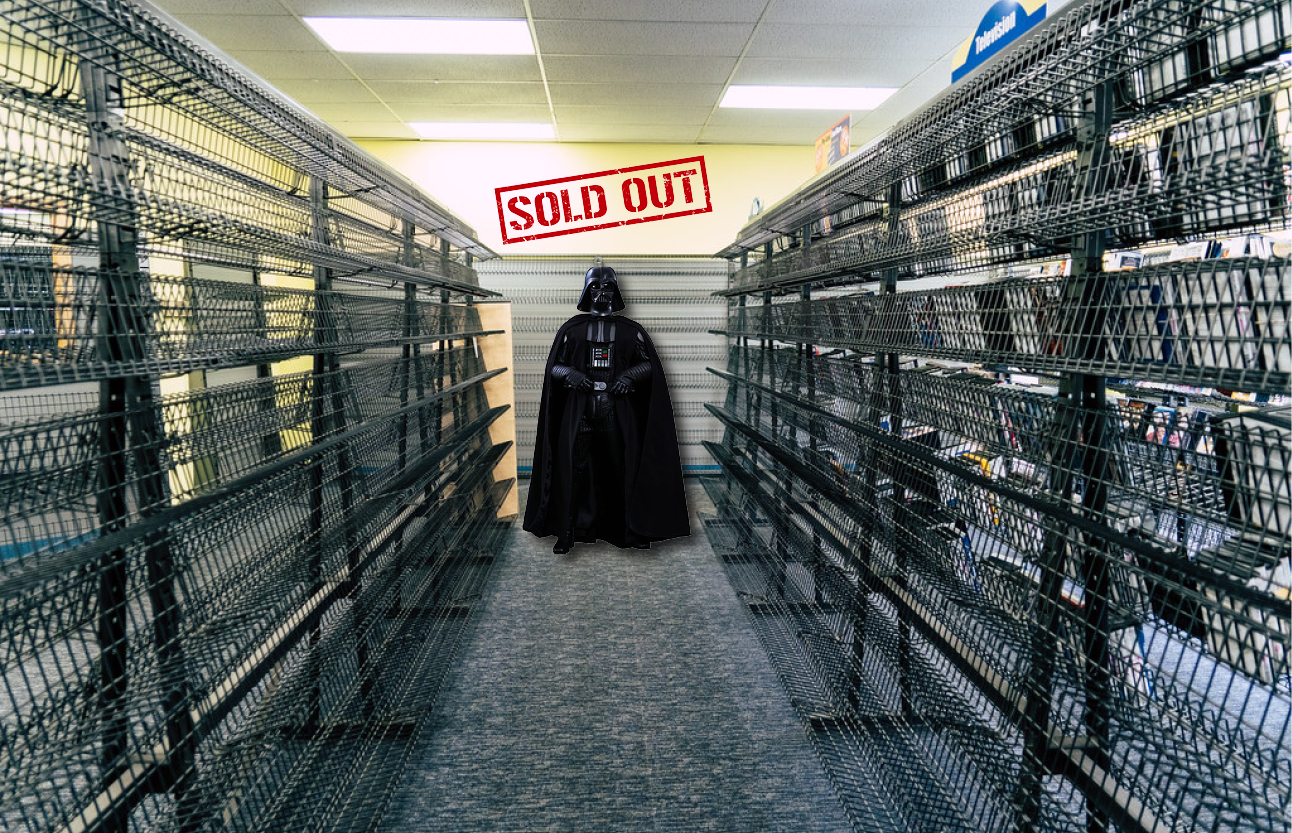 But, today the secondhand market is crippled to an extent where it's virtually impossible to sell anything but the most sought after cards, like Niman Mastery. This is of course great if you are a buyer on the lookout for a bargain deal, but less so - and not incentivizing at all - for someone who's risking opening a bunch of displays just to be stuck with multiple Legendaries (or Rares) you'll not be able to offload again.

Although selling Destiny singles has never provided an actual income for me, it's probably just barely covered the original cost (yes, I'm that bad at business), there was a time when you could be sure to sell quite a significant portion of your surplus cards ... that time is long gone now.
3. DO I NEED IT?
Well ... obviously, I DON'T NEED IT, but the question is whether or not the set is actually worth buying outside of a purely collector's perspective, and being a bit cynical here (referring to point 2 above), as a collector I might as well just wait a couple of months and buy a full set of Covert Missions at a ridiculously discounted price, and believe me, there'll be plenty of sets to buy.

To rephrase the question: Are there enough cards in the set that I'll be using regularly that would reasonably require me to get a full set? Or could I manage buying the 10-15-20 cards I want in singles now (then stock up the collection later)? If Spark Of Hope is any indication then it all but supports that idea. 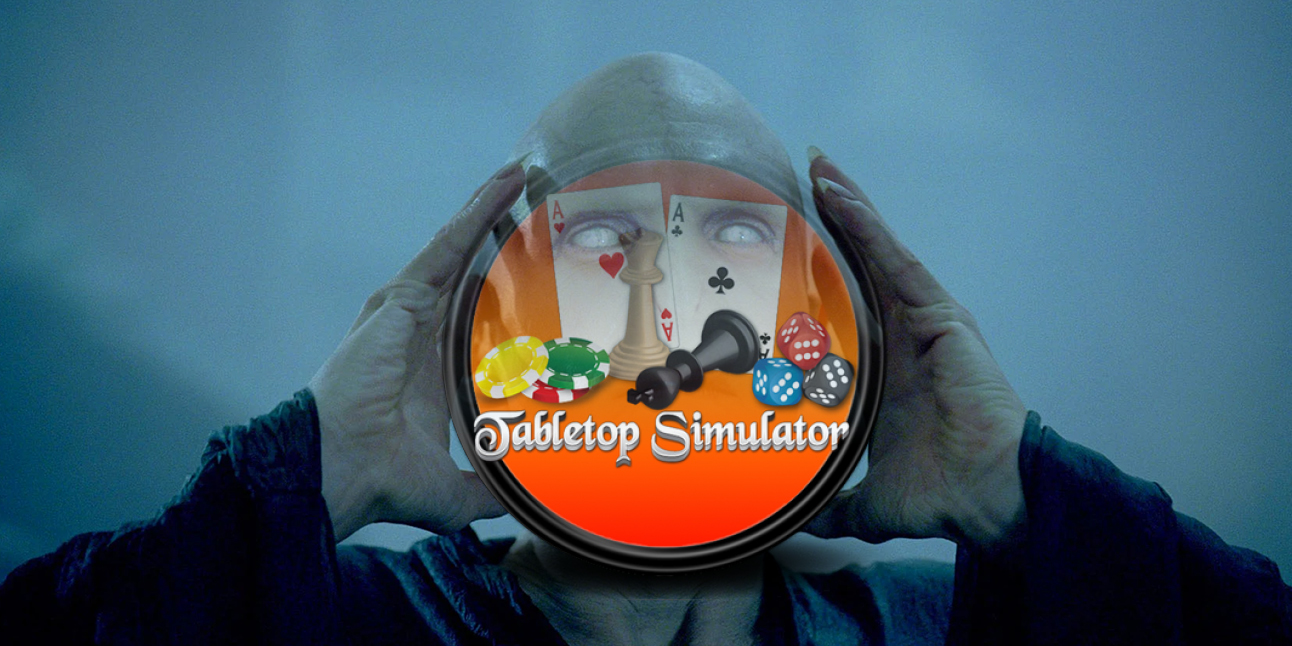 I've also heard of this online application, which I've of course never tried, and we don't speak of it, but it allegedly allows you to test out cards even before buying them. Let me just remind you, before you start crucifying me, that I'm well aware that it is NOT a replacement for the game itself, and that it can in many ways be pretty damaging to the development and production of the game and that it's also purportedly illegal ... and yadayadayada ... BUT ... as I said, I've also never tried it.

My point is the following: If I'm not going to be able to play in a large(r) local community on a weekly basis, why bother getting hold of the set until I actually need it - whenever that may be. I don't need the cards to play test it all by my lonesome self!?
4. LAZINESS:
One thing I absolutely HATE about buying displays is opening them. Not just the ridiculous amount of plastic waste, but also the time involved. Spending a full afternoon ripping apart booster packs, sorting the cards into binders, cursing over the lack of space for dice, etc. is just not my cup of tea. I usually invite people over to help me out, but if I can spare myself the trouble I will. 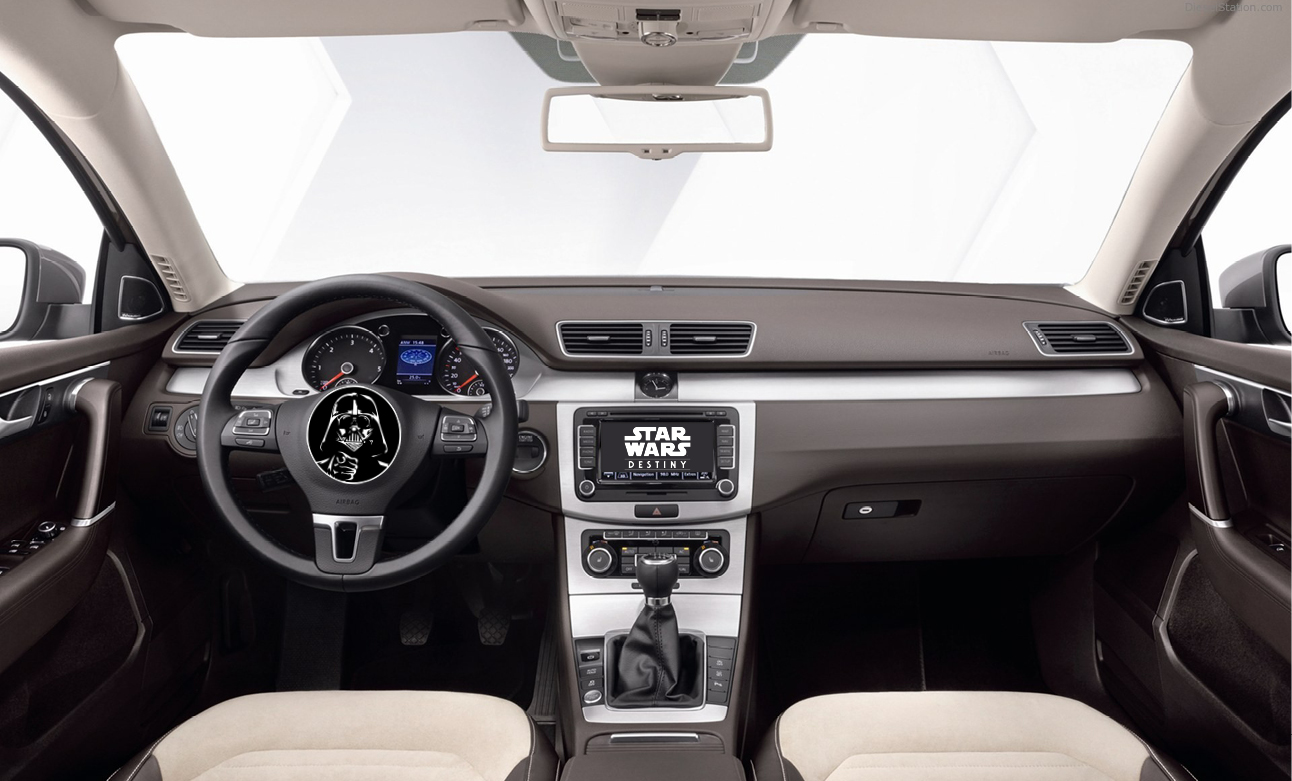 For some people, there's a whole ritual involved in opening boosters, similar to how others talk about the magic of "new car smell" ... I don't believe in either. For me it's an annoying waste of time and I'd rather not have to. Yeah, I know ... lazy.

There are several Game Shops that offer full sets at reasonable prices and if I do opt for buying Covert Missions after all, this might be an option for me.
5. I'M JUST NOT FEELING IT ...
Add to this a busy work schedule as well as the rekindling of old hobbies and a general Destiny fatigue, for me personally and the community generally, then I'm just not feeling it. I just can't seem to get excited enough to call my Local Game Store, who have gone above and beyond to support this game, and order the damn displays. It might come, but right now not so much.

WILL YOU BE PRE-ORDERING COVERT MISSIONS?