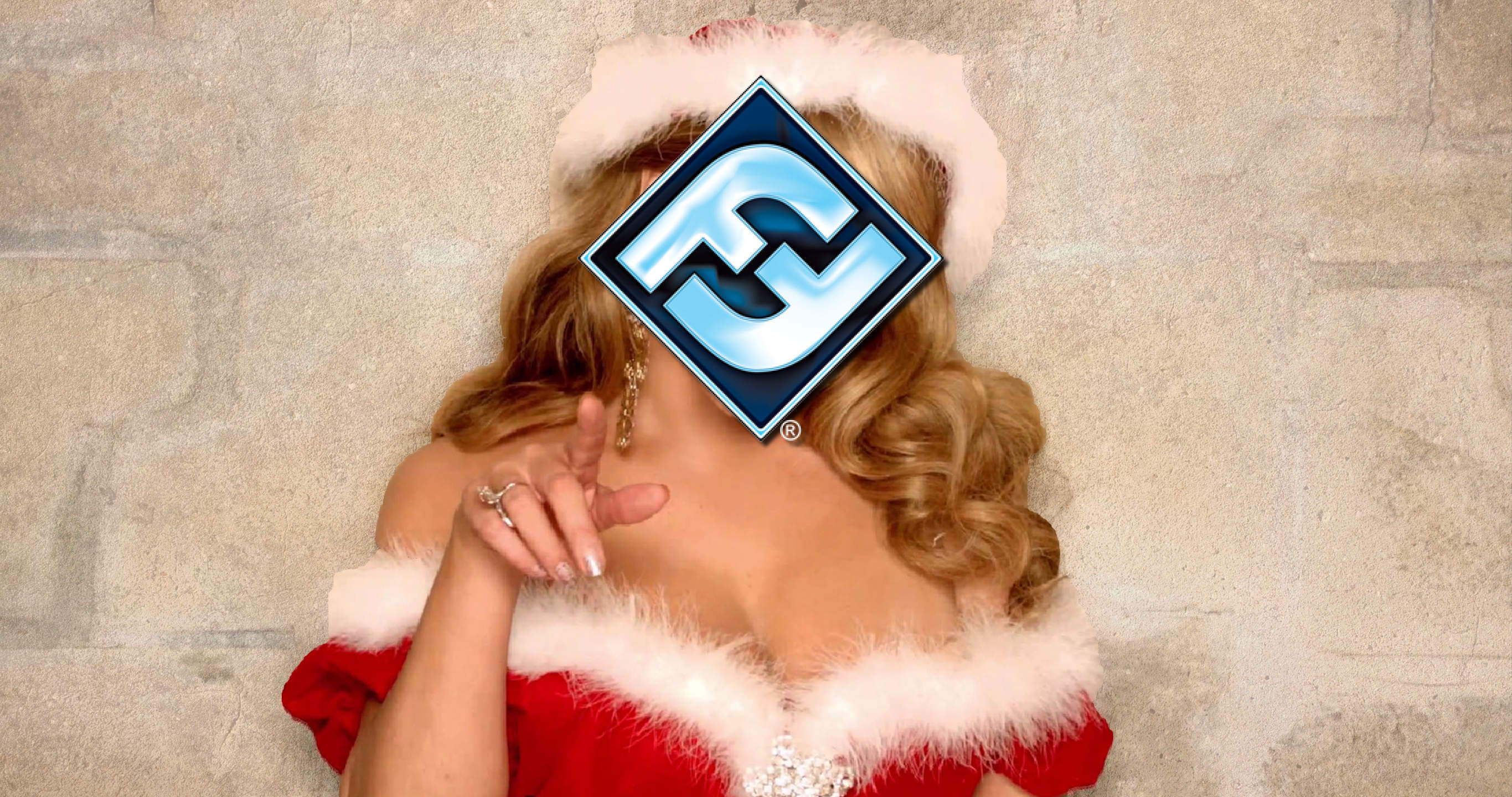 A. INTRODUCTION:
This article was originally called "5 Things I Want For Christmas", but I realised that I didn't really want anything, and Christmas for me is a period of mental breakdown, so channeling my energy to get out of the annual "Christmas-I-Want-You-To-End-Syndrom" as well as fighting my possible - and by possible I mean HIGHLY likely - disappoint of having wished for something I'd never get, meant that I had to postpone the article for a New Year release instead, thus becoming the "5 Things I Want For The New Year"! Hey ... that also means that there will be a full year to have my wishes come true.

Now, I'm probably very much like the rest of you guys out there insofar as I never really "wish" for anything. Wishes are stupid! I'd much rather work hard, save up - whether money or good standing with the missus - and get it myself. I'm, like the rest of you out there, hardworking, and Destiny is my "reward" for the hard work I put into my job and efforts to keep up good relations with people. I know: LAME!

Anyways ... More than a year has passed since we started out as a tiny Danish Podcast "on everything related to Star Wars Destiny the Collectible Card Game" and since then we've launched a YouTube Channel (let's not talk about that), a Website (I'd much rather talk about that) as well as Livestreams on Twitch. We are still a small Danish Podcast (and more), but I'd like to believe that the content we provide has made an impact and helped beginners as well as advanced players to enjoy their favourite game (that would be Destiny) even more.

Well ... I regress ... in the midst of my "Christmas-Meltdown" I realised that there are a few things I wanted, and it made me come up with this list that will now serve as my "5 Things I Want For The New Year" (Destiny wise).
1. I WANT MORE CONTENT:It's been a real pleasure seeing more content creators out there, and lots of high quality content to boot! I hope that all of the content creators already at it will have the energy and passion for more, while I also welcome any and all that wants to get into the lucrative business of content creation for Star Wars Destiny. Seriously ... you will get R I C H! 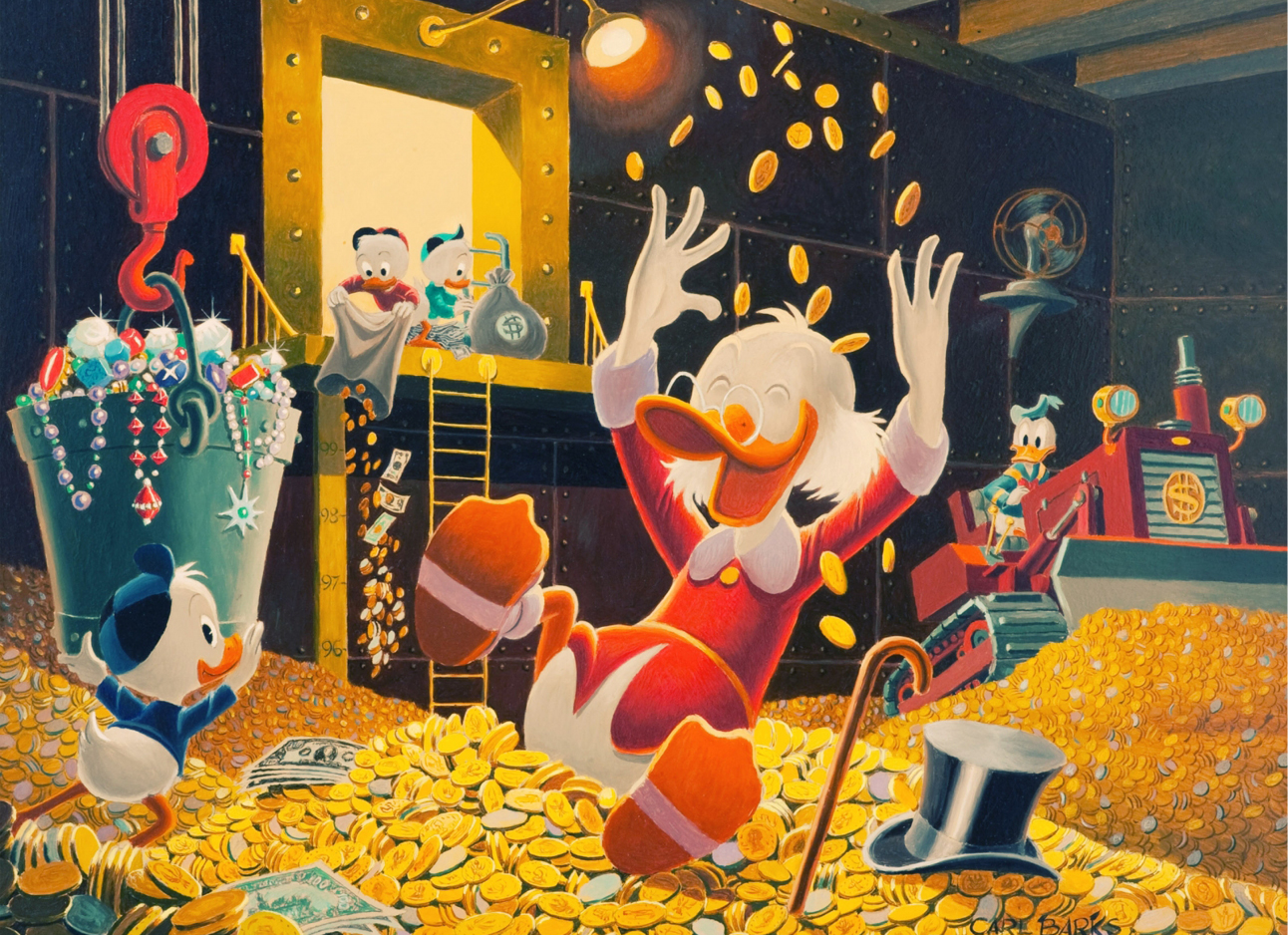 I want to give a shout out to all the content creators out there that provide free content for everyone willing to read their articles, listen to the podcasts or watch the many gameplay videos! It includes old stalwarts like our friends at The Hyperloops, the Artificery , Team Covenant, Jackalmen Games, I Rebel - A Star Wars Destiny Podcast, Arrow Brook Gaming, Knights of Ren, The Chance Cube, The Destiny Council, The Jedi Trials, Discard to Reroll, but also new faces like Mike Christiansen and the Dice Commandos' new Video-/Podcast. Great stuff!

There are a lot more content creators than mentioned above and all of you are the reason why this game is still alive! Seriously! There's a treasure grove of amazing stuff to be found with new stuff added daily, and being able to direct a new player to content produced by the likes of you is exactly what is needed to keep them in the game! But we need more ... and I hope to see much more in 2019!

We at YOUR Destiny will of course still be providing articles and various resource materials on our website, but will also try and work harder for our many patrons! You deserve it!
2. I WANT TO PLAY MORE:Well ... I actually play quite a lot of Destiny, but not the kind of Destiny I want to play. These days I primarily play to prepare for articles on deck analyses for our website, and while all of that is fine and I get to throw lots of different decks around, take notes and get my head into the meta, I really want to play more in my local playgroup, hang out with my friends at ASK Gaming Cafe, and I want to help the community grow.

Sure, it's difficult these days, the novelty and early excitement of Destiny is gone, but the game is still as good as ever. I've met amazing people, from across the world, courtesy of Destiny, but the friends I've made from my regular gaming nights in ASK are really what keeps me in the game. I want to cater a bit more for them in 2019. The number of players have been on the decline and that's a trend I'm confident I can help stop!

And for those of you who didn't know already, Mads Utzon - my good friend, testing partner, co-host and travel buddy - and I first met over a game of Destiny in ASK! So there's that as well ... I've been lucky to have made many new friendships mulling over the Blanks in front of me!
3. I WANT TO KNOW...There are so many things I'd like to know about the future of Destiny! I know that other Collectible Card Games have brought out the big guns: Magic the Gathering firing on all cylinders with Arena and an entirely new system for competitive players, while FFG loyals have set the eyes and hearts of KeyForge, not to forget the new hotness in town and new kid on the block: Artifact.

Obviously, Destiny will never be able to compete with the Big 'Uns nor should it, but I'd still like to know what the plans are for the game. Because right now, it doesn't look like there's a plan!? At all. 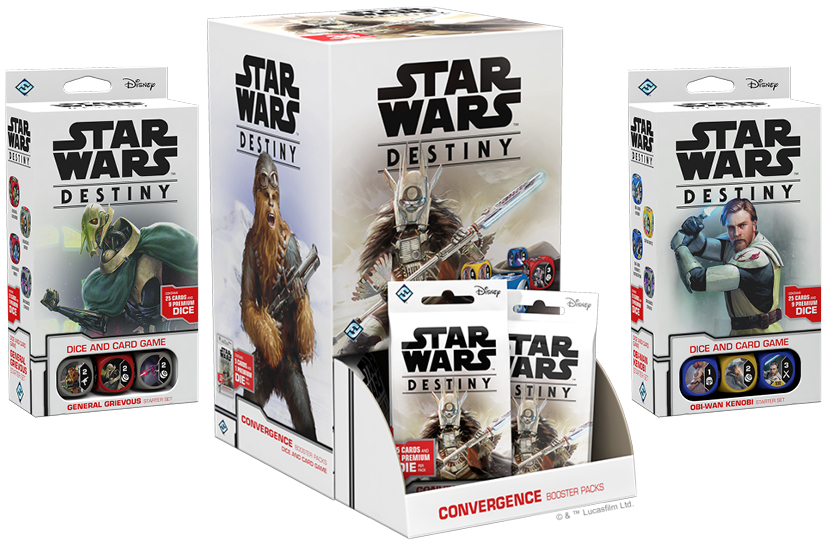 The seventh expansion to Star Wars Destiny, Convergence, was announced on December 7, 2018. On December 20, 2018, FFG released an "article" on the new seasonal kit, and since then radio silence. You'd expect a set release to be a pretty big thing. Where's the hype?  That's 2 articles in the span of a month?! We are in the midst of a Regional Season severely affected by the release of a new Holocron in the middle of it ... not a single article dropped from Fantasy Flight Games. Yes yes, I know, it's Holiday Season and all, but still. I'd like to believe we deserve better - and I'm hoping for more and better in 2019!

Wouldn't it be awesome to have a 1 year tournament calender? Wouldn't it be absolutely breathtakingly great to know when we are supposed to take time off work to go to Worlds 2019? And wouldn't it be mindblowingly cool if we knew when the sets were released in 2019? Just imagine ...

Speaking of Worlds 2019. As it is right now, my own participation at the event is very much in jeopardy. My work, and the responsibilities of it, means I can't just go on vacation whenever I feel like it. It has to be planned for well in advance (yes, that's how normal companies run. We gotta plan stuff). Still not knowing when the event will take place makes it extremely difficult for me to plan anything. I'll probably try and look into the crystal ball and take my chances.

BUT ... I also want to keep positive in 2019 and there are a lot of things that are looking awesome for Destiny! We are endowed with a great lead designer, Jeremy Zwirn, who obviously has a lot of great ideas for Destiny going forward, and we have a new head of Global Organized Play: Alex Watkins. I've met Alex several times over the last years and interviewed him about 10 months ago when he was still heading the Organized Play Europe team. He is super cool and I expect great things from him! Hoorraay for us for having them! They will both help us get the game we all deserve!

AND ... Destiny is still the most enjoyable game I've played in many years!
4. I WANT TO CONTINUE:I've considered dropping content creation for Destiny several times. I guess it has to do with the high bar I've set for myself, and I'm not one to change horses in midstream. I'm pretty persistent and want to go through with it ... still though. Running a website, which has become sort of a fulltime job, has at times made me wonder if I was in the wrong game.

So, I was actually contemplating switching to Artifact, like others have done, but dropped the idea for three reasons:
Long story short ... I want to continue with content creation for Star Wars Destiny in 2019 - at least as long as I find it entertaining enough to burn the midnight oil at my desk by my computer - but also know I need to make some changes. What kind of changes I'm still not sure of.
5. I WANT ROTATION TO BE...
People have been talking about the upcoming rotation as the second coming of J-Man, and while it doesn't really matter that much to me, I just go with the flow, but I hope that it's going to be every bit as good as prophesied and that it will bring more players into the game, who will feel that their "investment" is better protected. I also hope that veteran players will overcome their disgruntlement of seeing their old cards plummet in value and stick around. 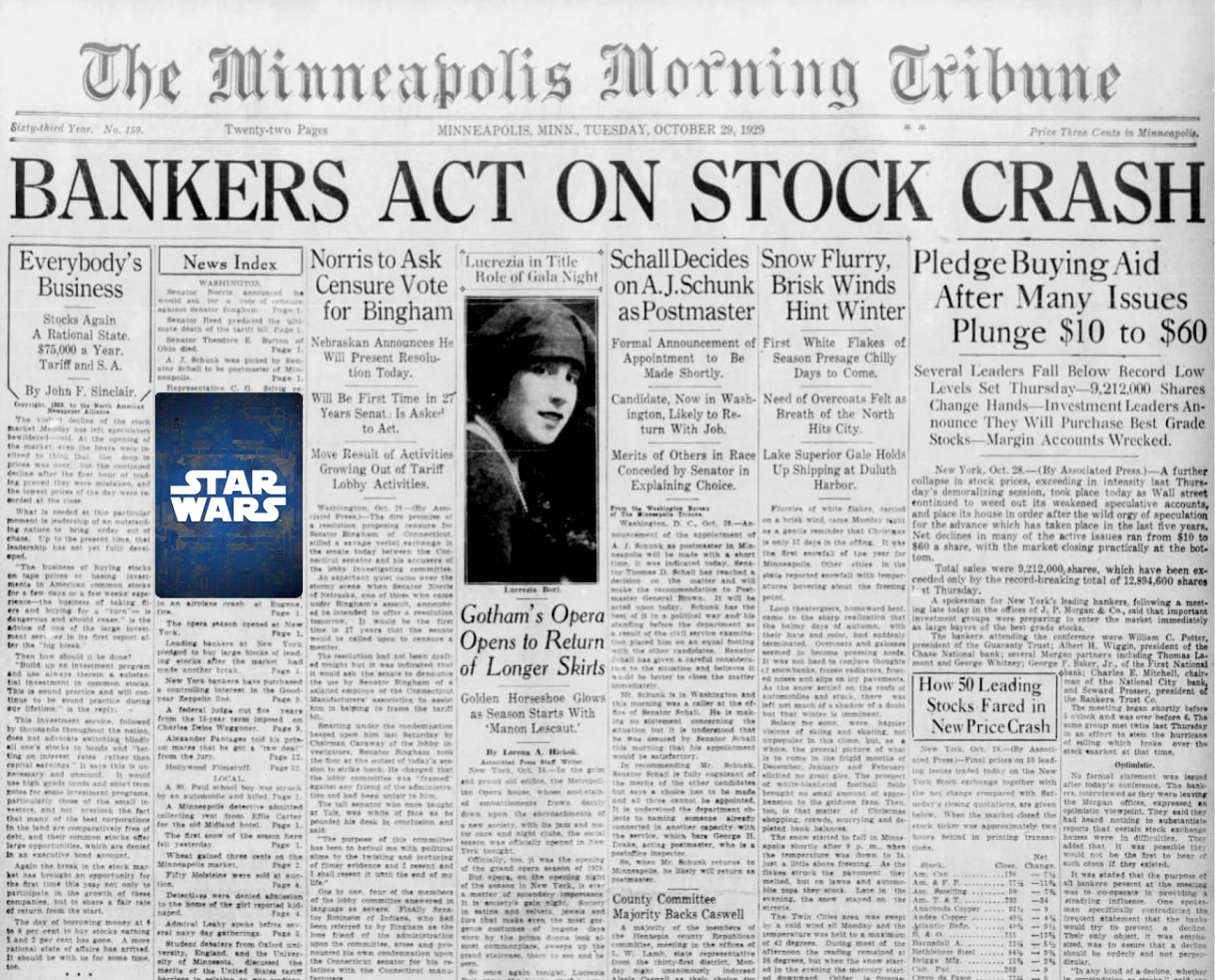 Let's keep our cool and not make a run for the bank just yet. I have a good feeling about 2019! Hopefully more players are going to join and those who had grown weary and tired of the meta, for whatever reason, will have their spirits rekindled and be up for some good 'ol lightsaber and laserblaster bashing.
B. OUTROThis post sounded a whole lot cooler when I planned it ... now, it just sounds like I'm salty and complaining. I guess what I'm trying to say is: I like Destiny ... A LOT ... and I'd hate for the game to die a slow lonely death. I'm going to do my bit to make sure that it doesn't happen!

HAPPY NEW YEAR TO ALL!
HERE'S TO 2019 BECOMING AWESOME!

PATREON SUPPORT:As a Patron you support the YOUR Destiny website, podcast and YouTube Channel, and you help us to continue providing content for Star Wars Destiny. We are a dedicated Destiny website and release articles almost daily. As Patron you also get early access to most of our articles and can enter our Patron only Discord Channel. Advanced and Expert tier patrons get access to exclusive training and test videos. Thank you for your consideration!