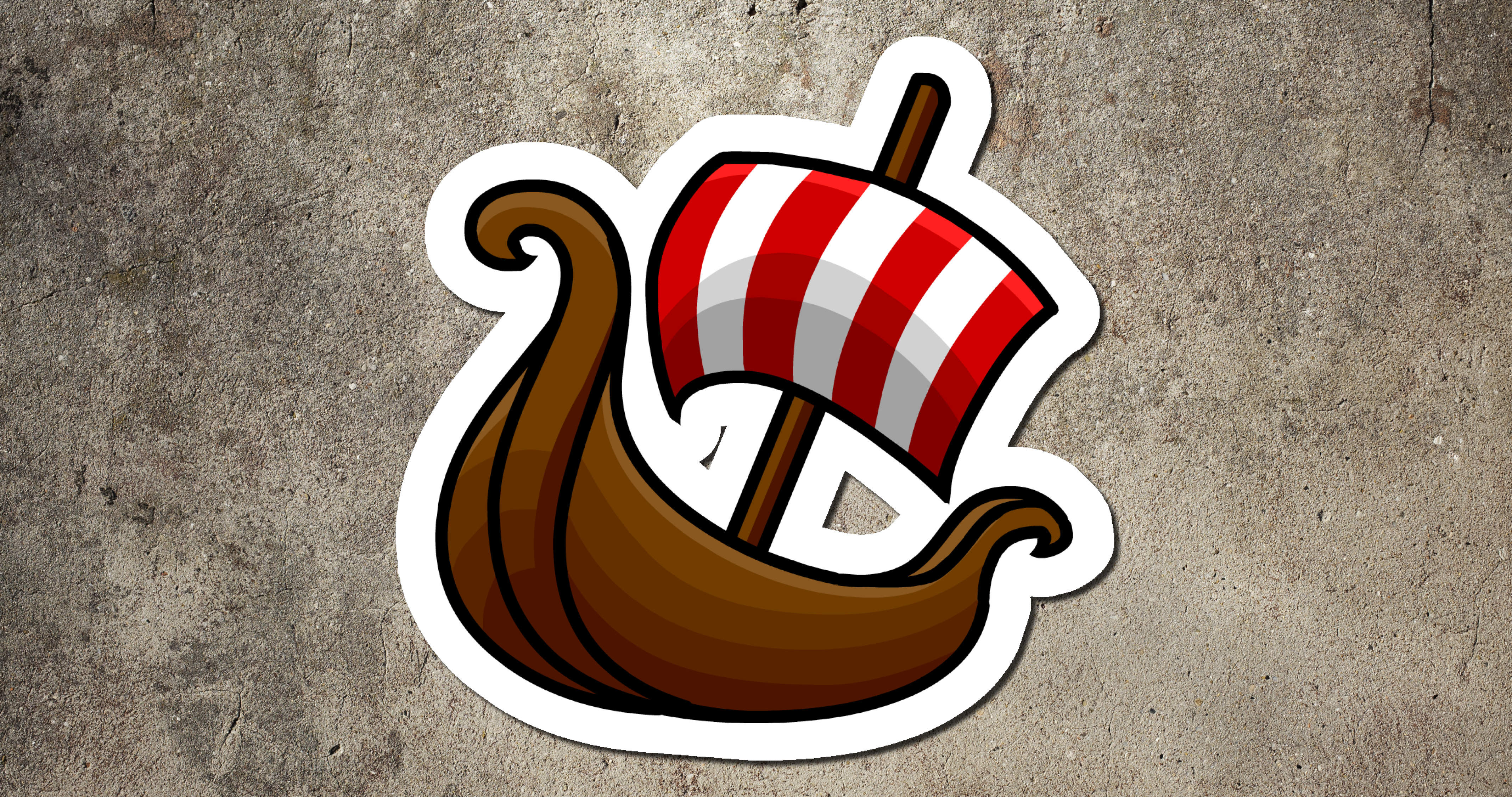 While, I'm not going to write a great deal on the actual Nordics Grand Championship 2019, mostly due to the fact that it was played in the "old meta", that is without the changes to the Rules Reference Guide, which are legal only as of today (October 2, 2019), I'm still going to say a MASSIVE THANK YOU to everyone who showed up and made the day absolutely amazing! You guys just rocked and made the whole event super enjoyable! I also want to say CONGRATULATIONS to YOUR Destiny teammate PIOTR MOLSKI who won the main event to become the new Nordics Grand Champion!

Today though, I want to take a look at the SIDE EVENT that took place on the Sunday, and because it was an unofficial event, could be run with any rules we decided on, which meant that the new RRG and Balance Of The Force could be made applicable. I thought it would be a great training for Worlds 2019, and quite a few of the players attending are going to Worlds, while to ensure that they event also had a competitive feel to it, we sponsored the event with a 200$ cash prize for the winner. Sure, I know that the decision to include a cash prize was divisive, but we also did our best to try and ensure that everyone who showed up came home with a nice prize and experience, while still getting to test out the new meta.
1. DROIDS ARE STILL GOOD:I guess we all knew, but just to make sure: DROIDS ARE STILL REALLY GOOD! Sure, they are not broken, and it's still difficult to evaluate whether or not they'll be a dominant force in the meta at Worlds 2019, but they can still dish it out, which was proven by the two Polish players at the event, Piotr Molski and Mikolaj Sikorski, who ran identical lists, and topped the charts after 5 swiss rounds. Piotr's only loss in the swiss rounds came at the hands of 15-year old Mikolaj. 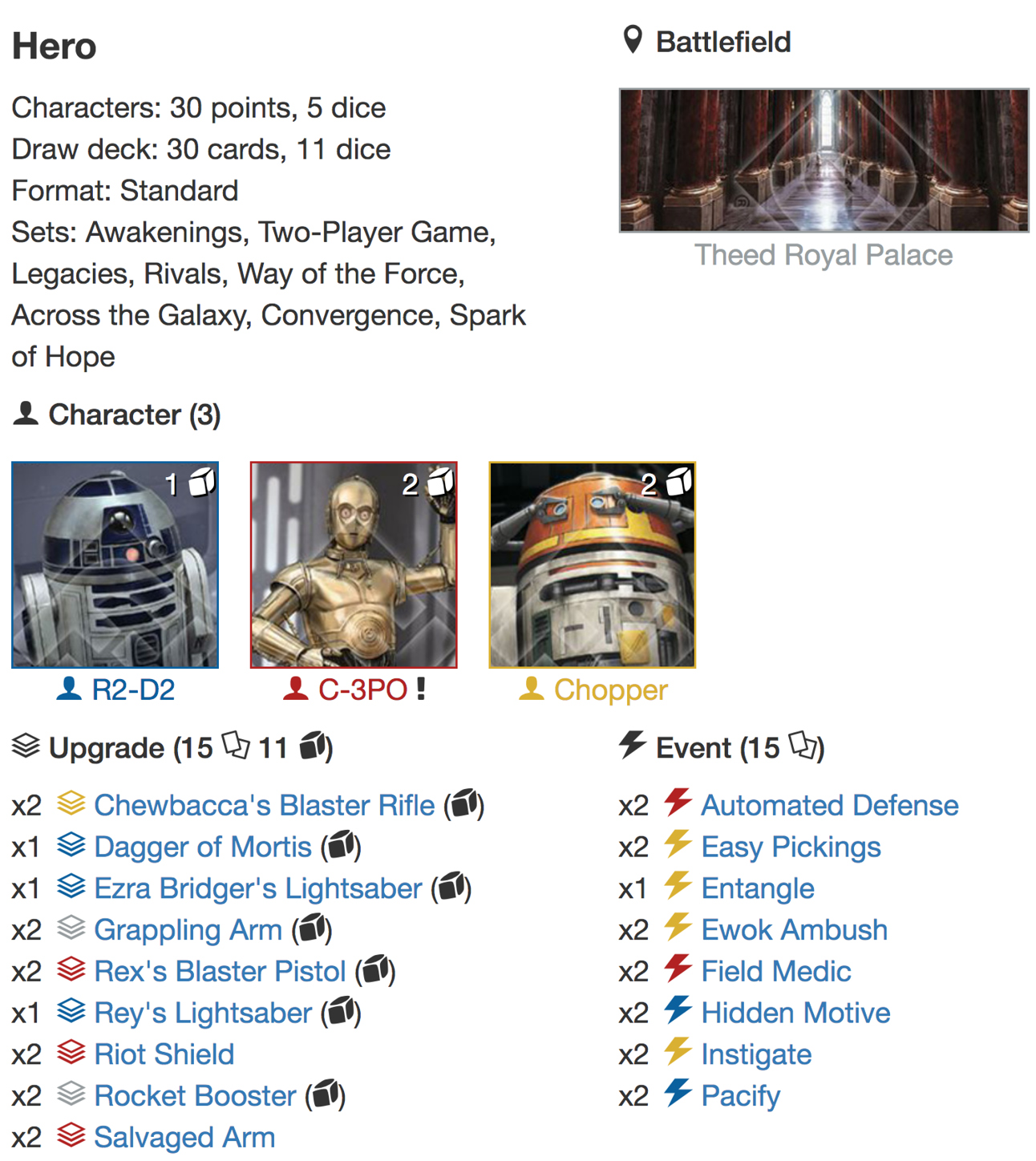 The deck is much less of a control deck than previous iterations of Chopper Droids, although it can play out that way, but aims to burn down characters fast with a very powerful upgrade suite.

Four action cheat cards ensures that any of the three droids equipped with a CHEWBACCA'S BLASTER RIFLE can take down a low to mid-health character round 1, while Chopper's Power Action gives plenty of late game possibilities. Chopper with a DAGGER OF MORTIS and a couple of SALVAGED ARMS is nothing to scoff at. It does look like the 5dice version will be the superior version to the 4dice with FATEFUL COMPANION though. 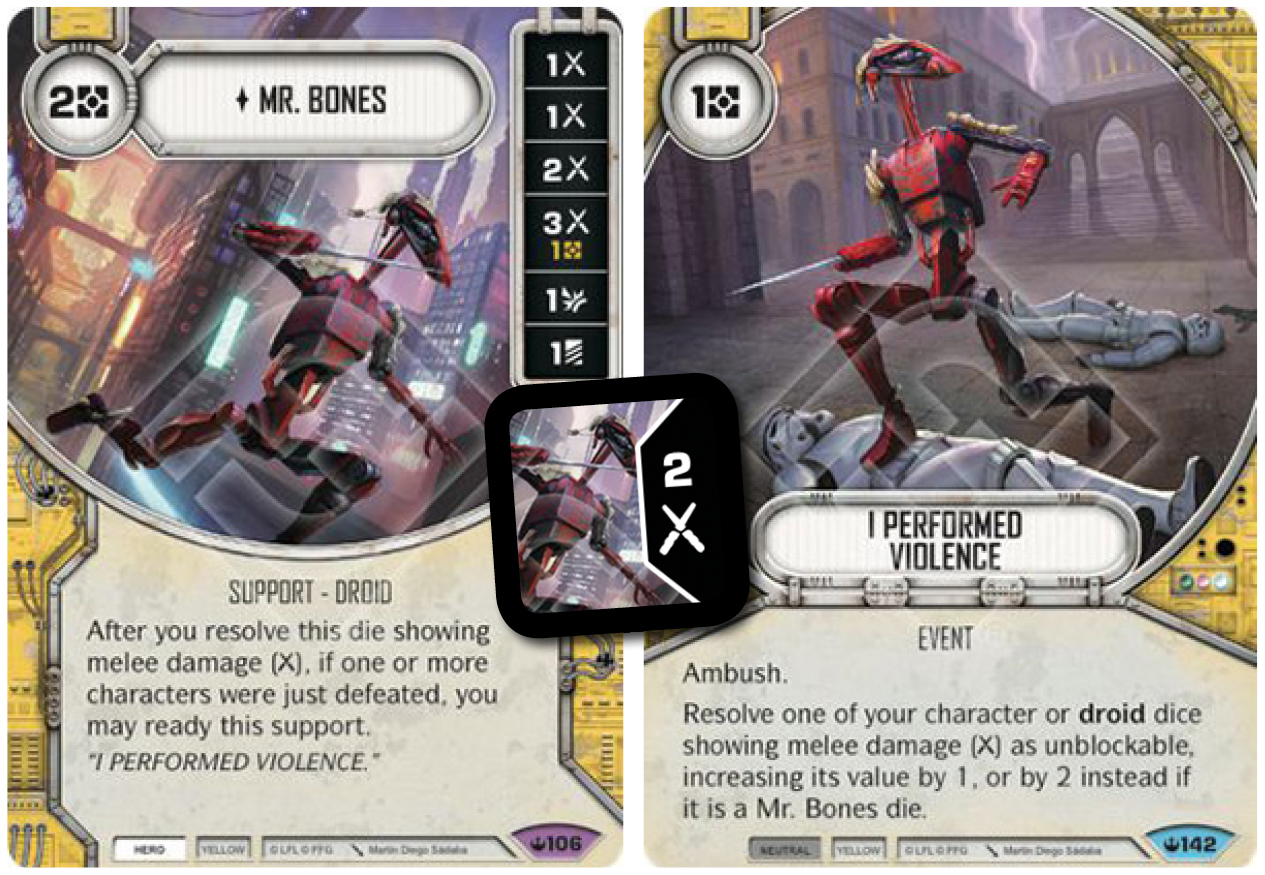 There could be an argument for including I PERFORM VIOLENCE and a MR. BONES, which I also know that both the players had been contemplating prior to the event, especially with the number of ReyLo's that should be expected in the meta. That unblockable damage can prove invaluable in a number of match-ups.
2. KYLO2/PHASMA2:I guess it's a pretty bad kept secret, but IF you expect to face-off against ReyLo, bringing KYLO REN - TORMENTED ONE is probably a pretty good choice, and while there weren't as many of him around as I had expected, he still showed up to give the monoblue pseudo-lovers a decent run for their money. Partnering him up with CAPTAIN PHASMA makes for a pretty aggro deck that can threaten to take down a mid-health character as early as round 1. Below is Brian Gibson's deck, which earned him a third place after the swiss rounds: 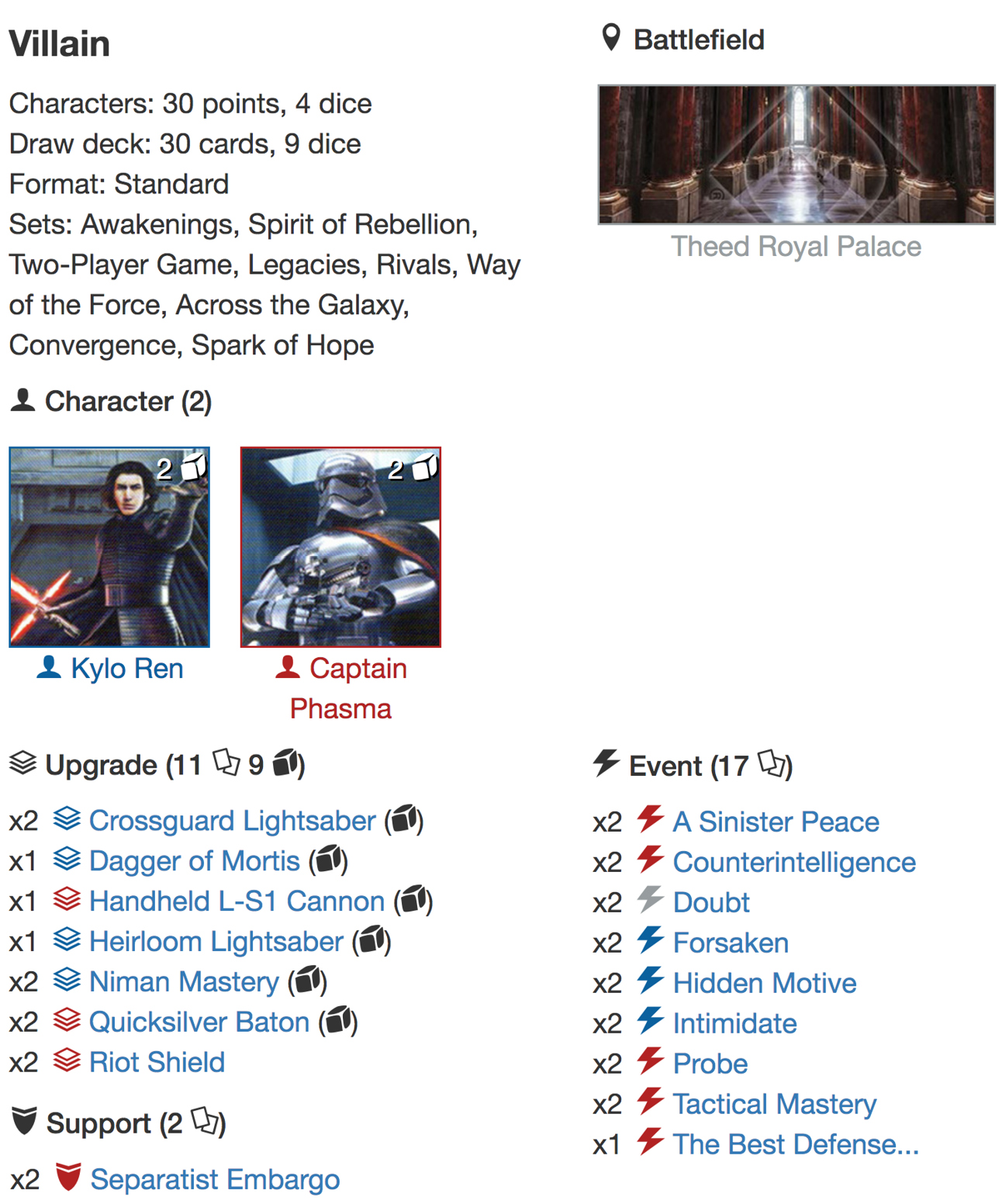 I think there's still some tweaking to do with Kylo/Phasma before we arrive at the 30 best cards, and while I'm NOT a huge fan of SEPARATIST EMBARGO, I can definitely see its merit once we start getting an overview of what decks will dominate the meta. Preventing ReyLo from playing NIMAN MASTERY, denying Jabba 3wide Support access to VADER'S FIST or rendering CHEWBACCA'S BLASTER RIFLE a dead card in Chopper Droids can definitely be a strong play.

The strongest part of the deck is probably its mitigation suite consisting of nothing but 0cost mitigation and a single THE BEST DEFENSE..., which might be debatable, while COUNTERINTELLIGENCE is absolutely broken with Kylo Ren.

INTIMIDATE definitely earns it seat back as a staple card for blue villains, as long as ReyLo is lurking around, while opting for TACTICAL MASTERY over SEIZE THE DAY definitely seems like the right choice. I find that Phasma will more often be alive late game than the chances of you controlling the battlefield, even if you are not a particularly slow deck.
3. JABBA 3WIDE SUPPORT:
With the errata to WAT TAMBOR, restricting his Power Action to red supports only, it was going to be interesting to see how much of a hit Jabba 3wide Support decks would be taking. Not being able to use the ENTOURAGE or FICKLE MERCENARIES dice twice is kinda rough for a deck that only has two damage sides on its character dice, one of them being a 1 Indirect damage on Wat Tambor.

Jan Drangmeister, who just missed the cut in the side event, brought this alternative version to the tournament: 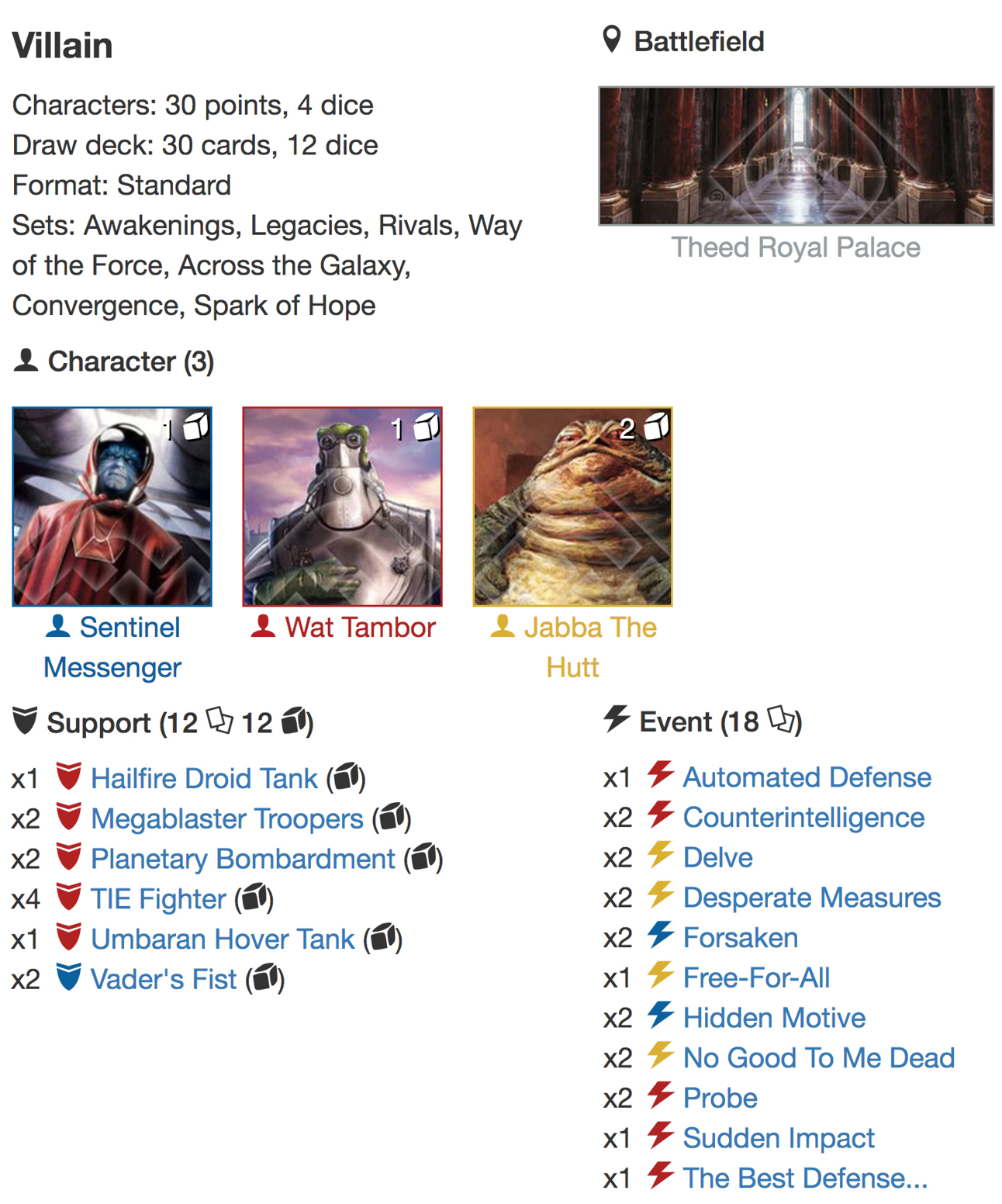 There are some really interesting choices here, including dropping the Scoundrel package altogether for an almost monored support suite, including the TIE FIGHTERS that were one of my favourite supports with the good old Thrawn/Snoke deck, which in turn makes the HAILFIRE DROID TANK look pretty interesting. If you can harvest the resources early it can make for some crazy pulls from the deck and a ton of dice - adding the FREE-FOR-ALL is a beautiful tech for a deck that can potentially flood the pool with dice. Add to this the SUDDEN IMPACT and you are looking at some nasty damage out of hand surprises. 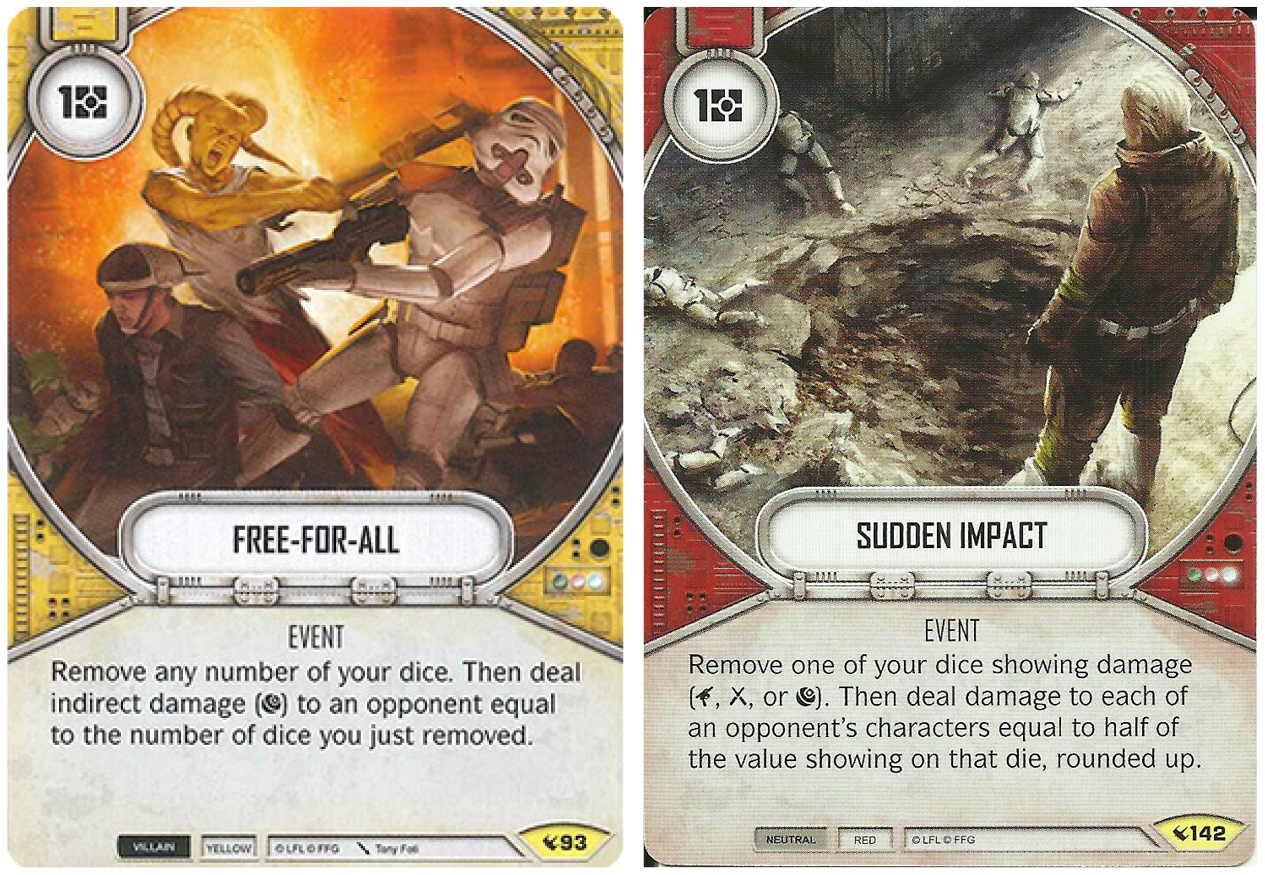 I'm still not sure how I feel about the PLANETARY BOMBARDMENT, but it's no doubt pretty rough if you can get to resolve that die twice against an opponent. KA-BOOM!!! If you ever get to resolve the 7 Indirect damage using a Sudden Impact against a swarm you should start laughing manically.
4. VILLAIN DROIDS:
In various Discord Channels, the 4-LOM 3wide decks have received quite the attention. There were a few of those decks around, and while none of them did really well, I can see why there's some hype around the deck. The version here wasn't played at the event, but is a stock list that I've been playing around with: 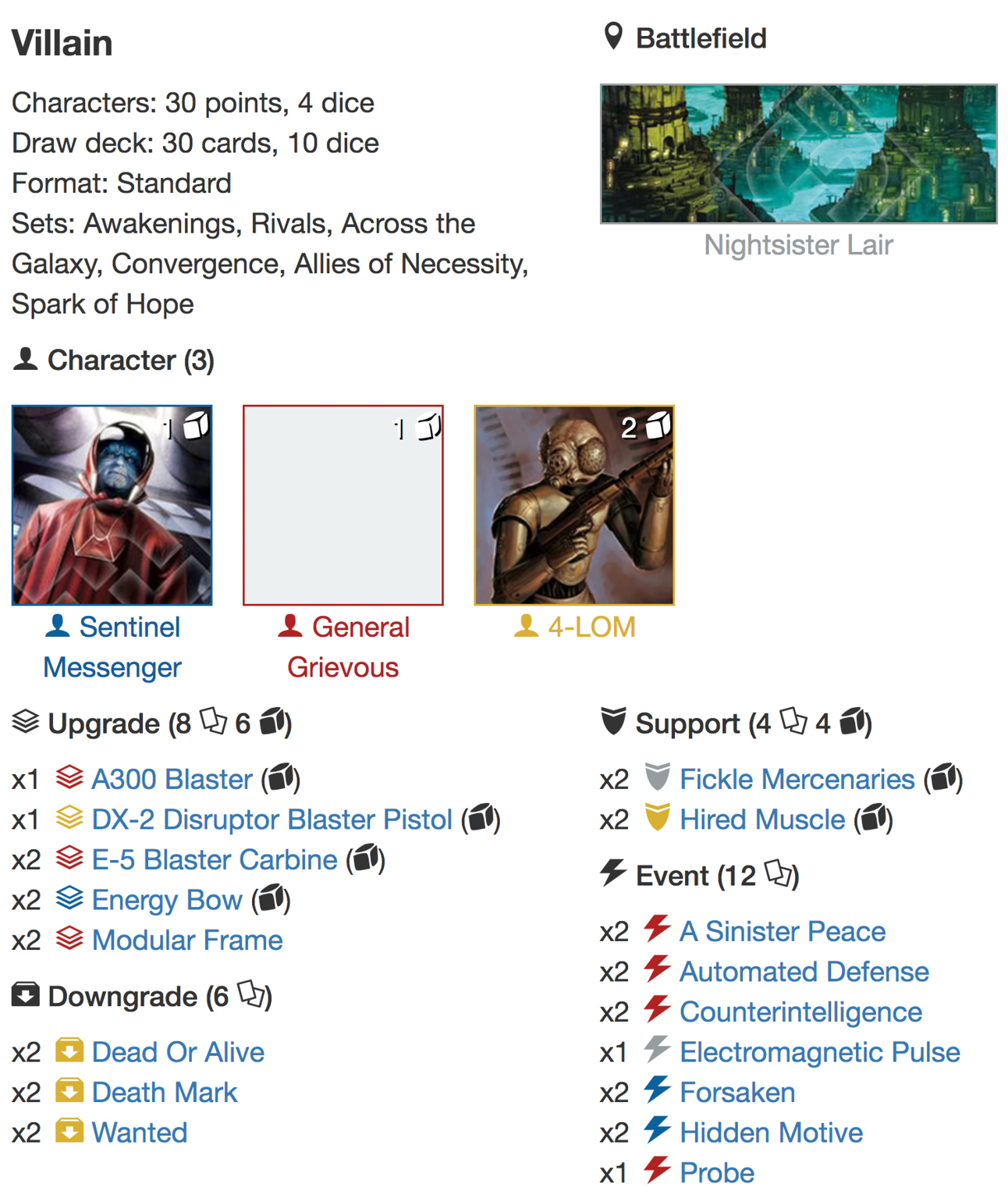 I don't think the deck is strong enough to rub shoulders with the big-uns, but it offers plenty of powerful synergies, including gaining resources from NIGHTSISTER LAIR when you play a Downgrade, which works well with 4-LOM's ability, and also with the Sentinel Messenger's additional card draw, while the upgrade and support package is affordable even without that extra resource.

I've only tested the deck a bit, and the version above is definitely lacking cards that should be considered key cards, like Intimidate, but will probably not test it further prior to Worlds 2019.
5. THE WINNER WAS ...
The winner of the YOUR Destiny side event at Nordics 2019, played with the newest RRG in force, was ... Yep, you guessed it: REYLO! Adam Länsberg, runner-up at EUROS 2019, managed to squeeze past all-comers, including defeating a Kylo2/Phasma2 deck in the process, to top the event: 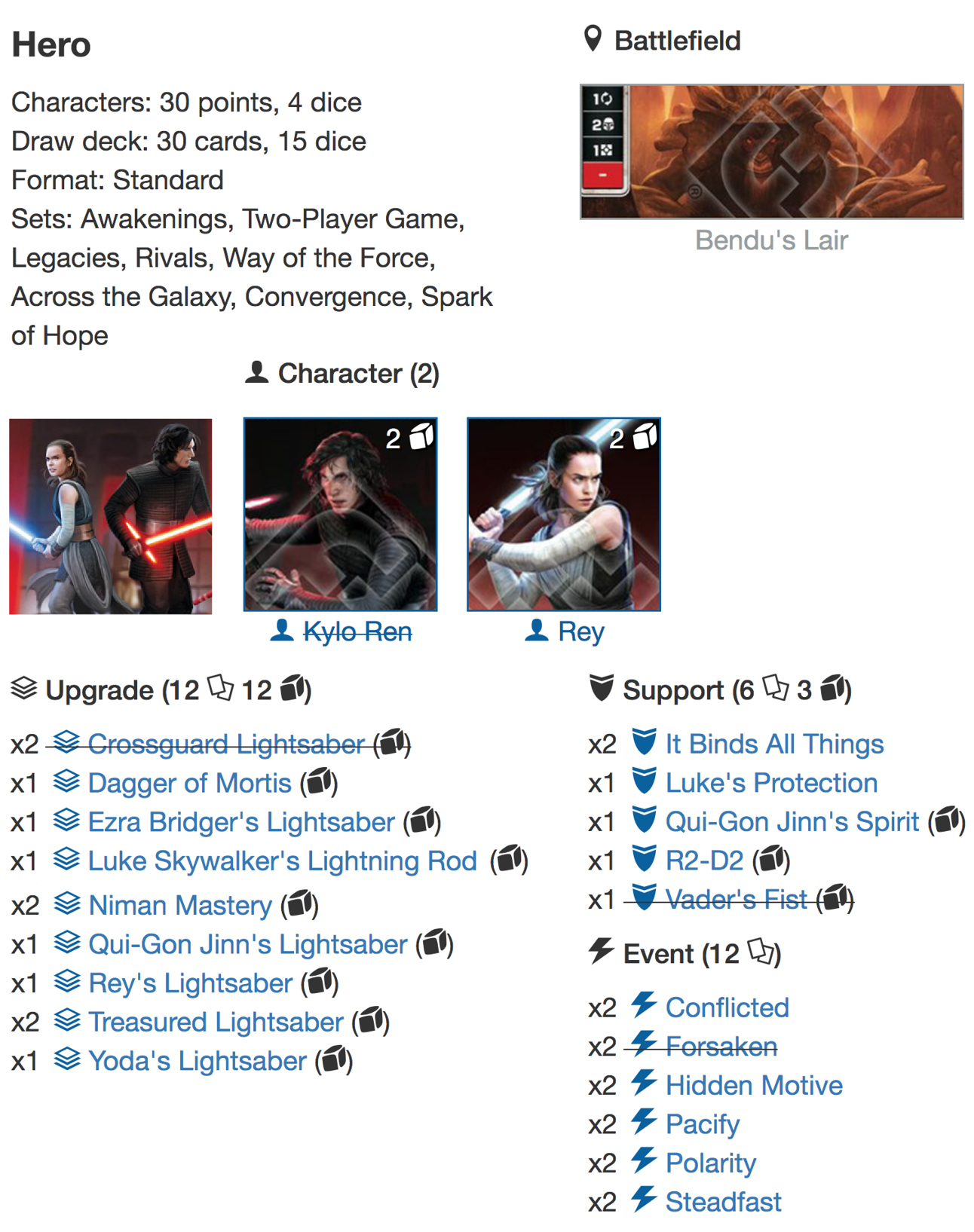 I've already discussed ReyLo in several articles, but would like to emphasise three things here:
PATREON SUPPORT:
As a Patron you support the YOUR Destiny website, podcast and YouTube Channel, and you help us to continue providing content for Star Wars Destiny. We are a dedicated Destiny website and release articles almost daily. As Patron you can enter our Patron only Discord Channel as well as getting access to all our "Chat 'N' Play" videos, while Advanced and Expert tier patrons also get access to exclusive training videos and test videos. Thank you for your consideration.