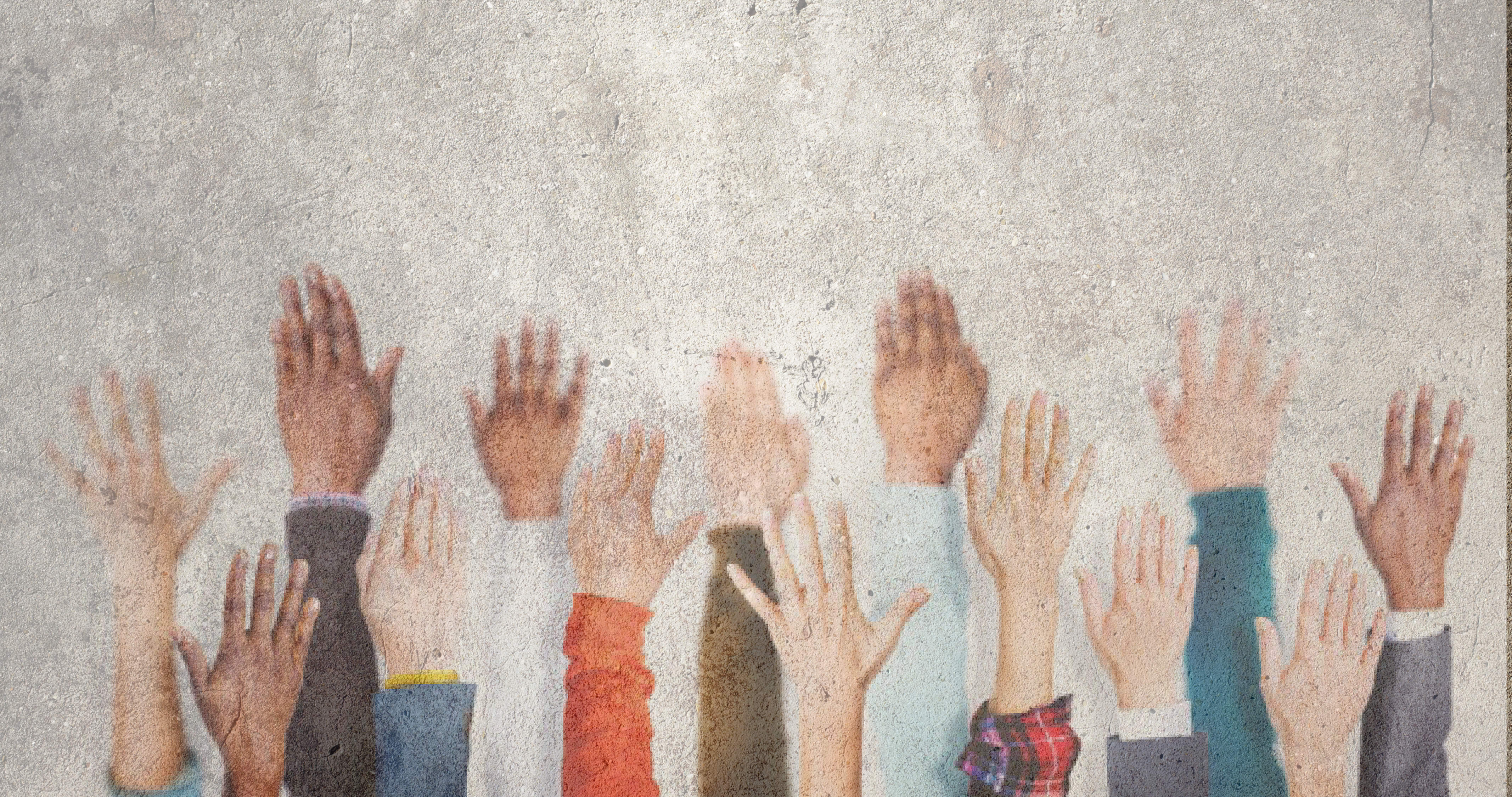 Read OUR PREVIOUS COLUMNS!5 THINGS YOU CAN DO TO KEEP YOUR COMMUNITY ALIVE!Hello, first time here. My name is Raspujuan, I´m a Spanish Destiny player, who love to make "non-meta decks" and make fun of the uselessness of it...

Last week I commented on the column published on the YOUR Destiny site concerning Claus' "5 Reasons to NOT pre-order Covert Missions". Somehow, I thought it wasn't the best time/space to talk about that. 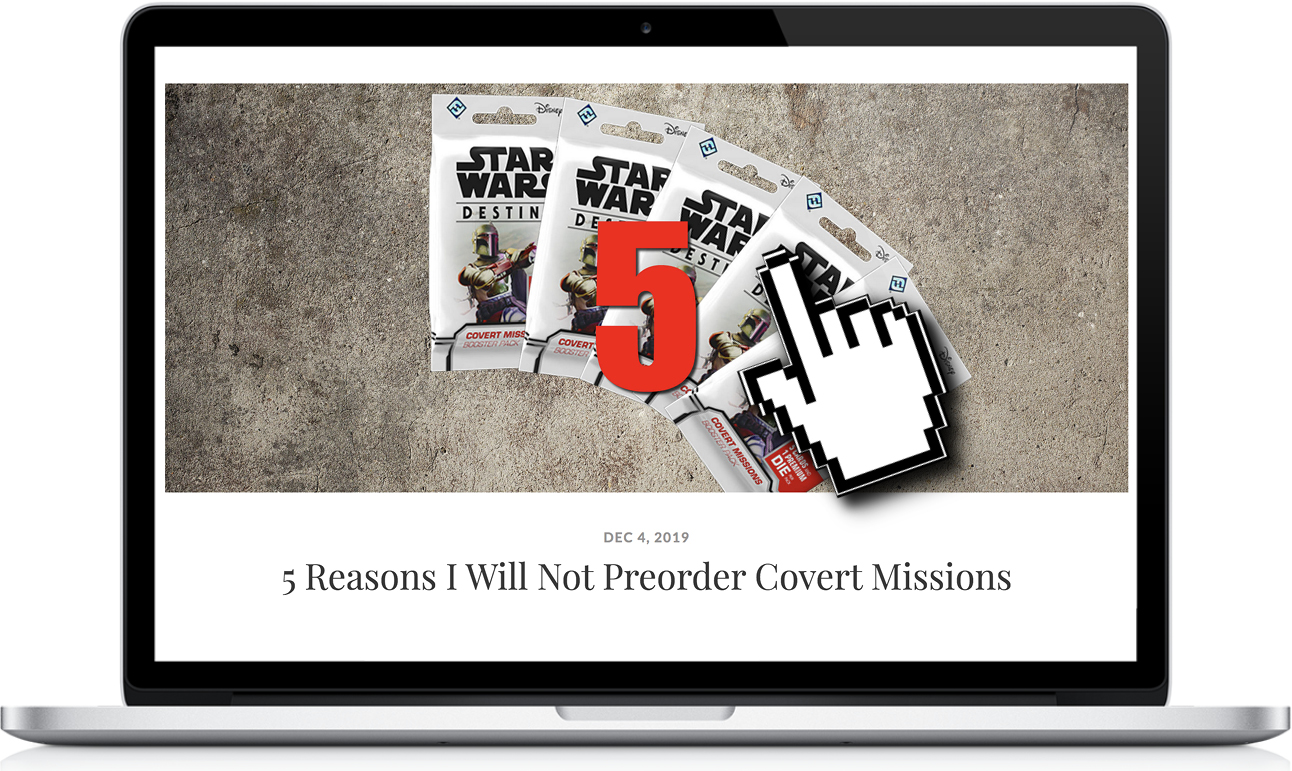 A "publication" like YOUR Destiny can be a great resource for the Destiny community and should aim to keep the community informed with great opinion pieces and articles. Because of that and my inability to say "no", the YOUR Destiny crew asked me to make an article on how to keep your community alive despite the long wait for a new set and a stale meta.

This list of 5 things is my point of view and maybe it's not possible in your local community ... nonetheless I hope this can help you to keep in touch with this amazing community.
1. WHERE TO LOOK FOR NEW PLAYERS?
I have introduced Star Wars Destiny to lots of different people: Friends from work, members of other tabletop games who usually play with me, etc.

Everyone who plays tabletop games or card games are usually invested in more than one community. Destiny players are no exception to this. To introduce such potential players to Destiny, I usually create cheap and fun, but competitive decks to give to them. They are a great introduction as well as a way to get more players interested and find new opponents.

I created budget versions of Cody Clones as well as Mace/Aayla, on top of budget decks built out of starter sets. 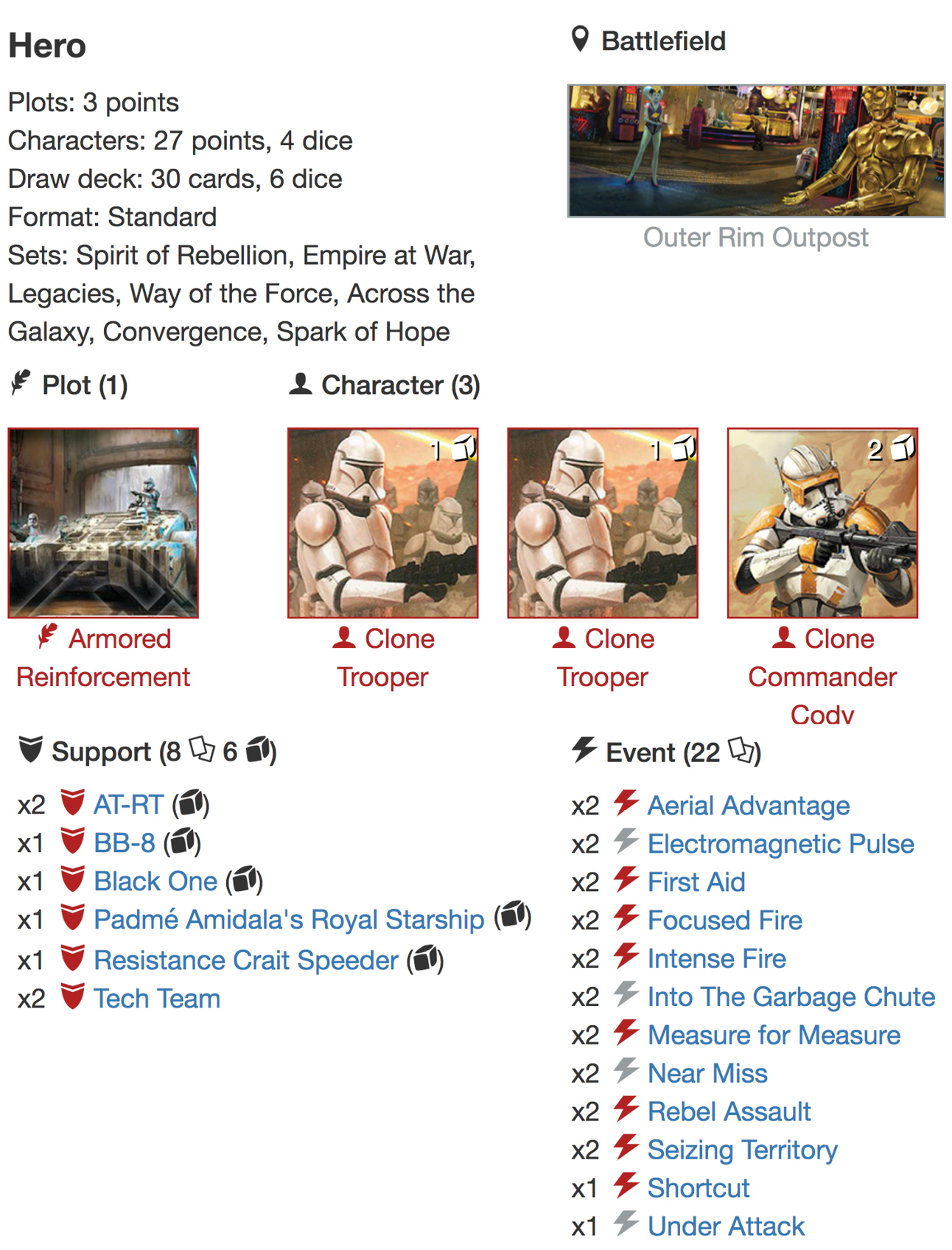 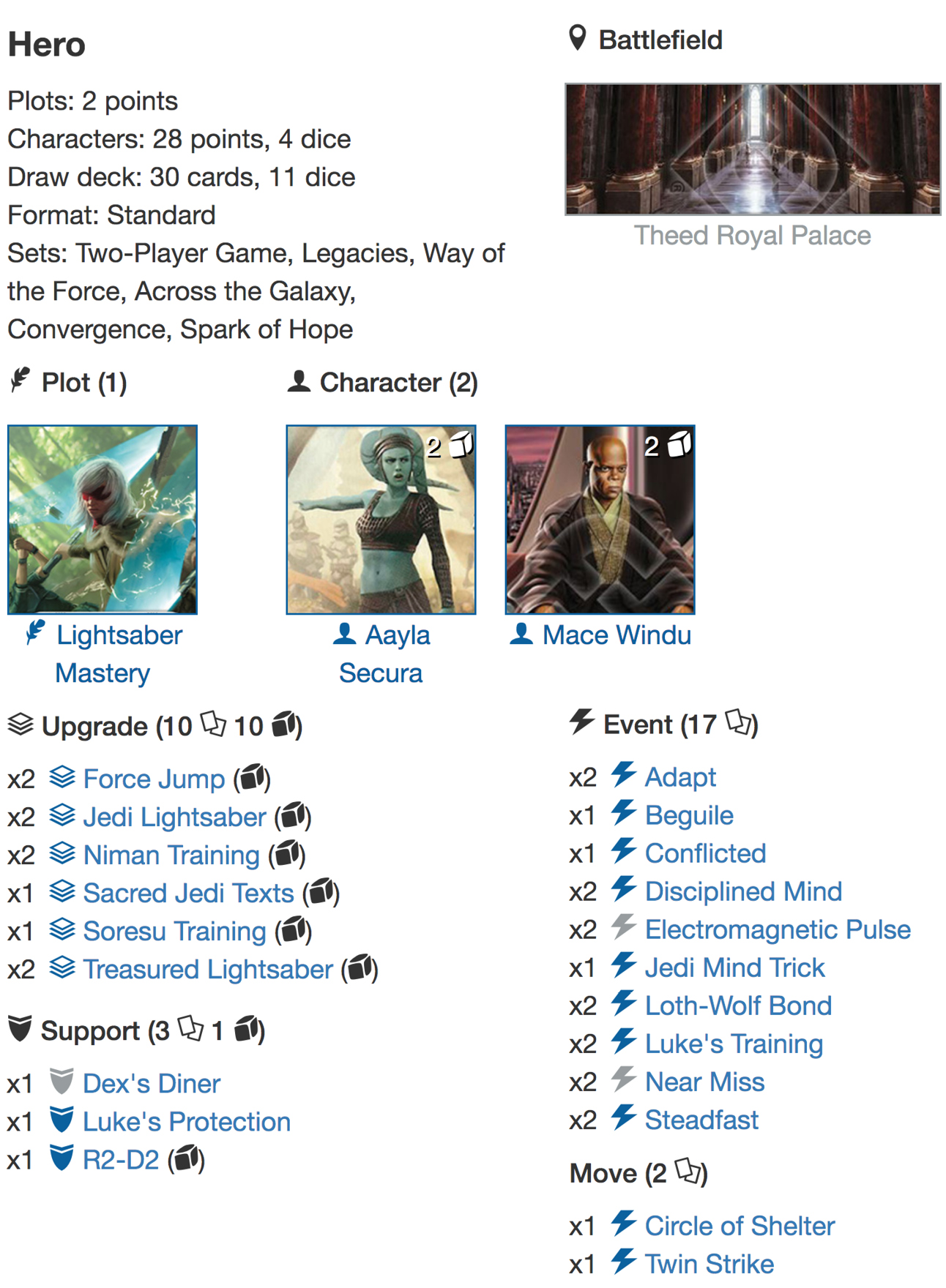 The decks are less than $20 each and they offer me an opportunity to introduce new players to the game. I'll often check if I have additional copies of different characters lying around and simply create something from scratch. Many Star Wars fans - all potential Destiny players - are a huge fans of a specific part or aspect of the movies, and I'll try and create thematic decks around that.
2. CREATE COMMUNITY EVENTS:
For Star Wars Destiny, it's often necessary for community members to start creating various events rather than the Local Game Stores. It's not always that the lure of promos is enough to drag players down to stores for game nights. If you create events every week and don't have players all the days, or players are dropping out to start playing other games, I understand why it might start being dissuasive, but maybe you need to start thinking in other formats or different ways of playing the game.

In my community we started having non-competitive side events, simply enjoying ourselves, the company and talking about life or the game.

There are several cool formats being introduced to Destiny. Recently, a couple of friends from Special Chaining, Victor and Raúl, created a special championship adding one rule: You had to use the plot SOLIDARITY and weren't allowed to use Kylo Ren - Tormented One or Kylo Ren's Starfighter. It attracted 25 players with a bit of help from the Local Store. Special rules tournaments are a really good way to keep the people interested in the game and add a bit of fun to the deck construction. You can create various events in different formats, such as:
3. PLAY WITH FAMILY AND FRIENDS:One of the more interesting aspects of Destiny are family teams! I know 3 families who enjoy the competitive part of the game together (shout out to Joseba's family, Fran's Family and Fernando's family). These guys play with their sons and bond with them through the game. Sometimes my friends who are also fathers talk about the difficulty of connecting with their kids, the smartphones and the differences between generations can sometimes become an obstacle to creating deep relationships - even with family members. 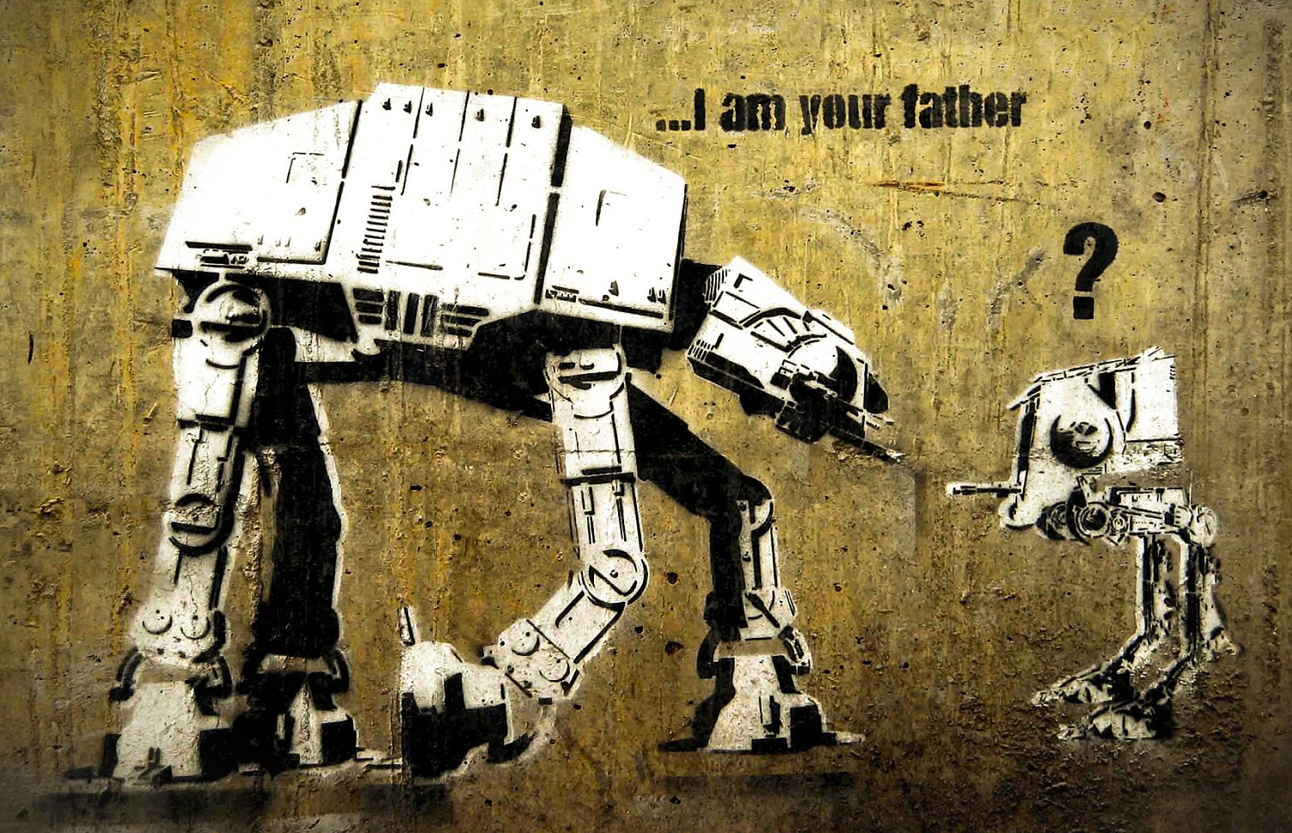 Good news: Star Wars is an inter-generational phenomenon. This is an amazing, and to some welcome, side effect of these kind of games, you can have something to share with your loved ones. And you can practice like a team. The graph below shows distribution across age groups of Star Wars fans in the US (July 2019): 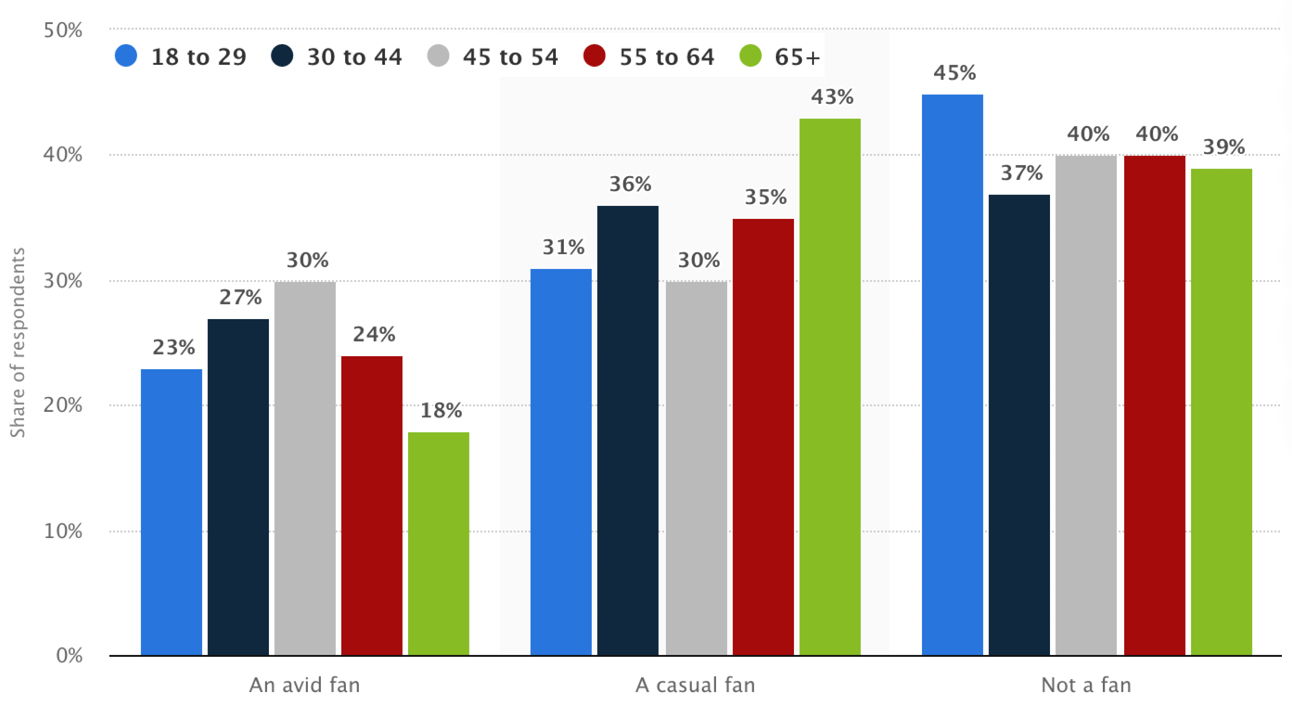 Another good plan is using Destiny to simply spend time with your best friends. Sometimes we all get busy with work, kids, etc. and we simply need to create spaces to keep in touch. Star Wars Destiny could be a good way to do that.
4. THE "GYM CREW" STRATEGY: I have friends who help each other to go to the gym: One day one of them wants to go, but the others are too lazy, and the next day, others want to go. At the end, one push for it one day and the others try to do the same. It's a pretty good counter to laziness, or simply reminding each other. 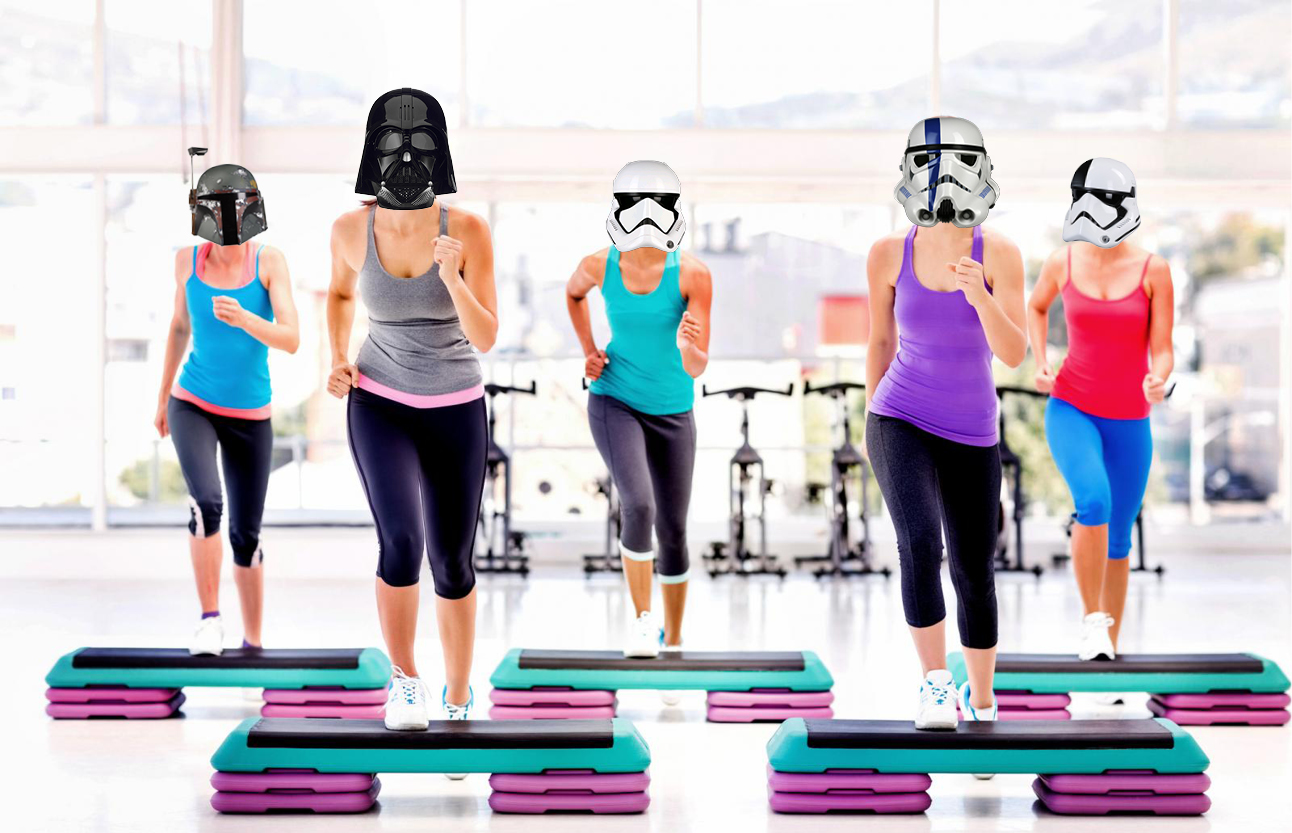 It's exactly the same with Destiny, everyone can push for the weekly Destiny day and create a space for fun in what might have been an otherwise boring afternoon. If the person who usually pushes the people are "lazy" one week, try to push the rest of the community to make it happen. It can even become a friendly competition on who get most players to show up!
5. USE "NON-META DECKS":
With the new Standard Holocron there are so many great options for mixing up your decks a bit, so how about the "other" Jabba The Hutt - Renowned Gangster or coupling Wullf Yularen with the dark lord? 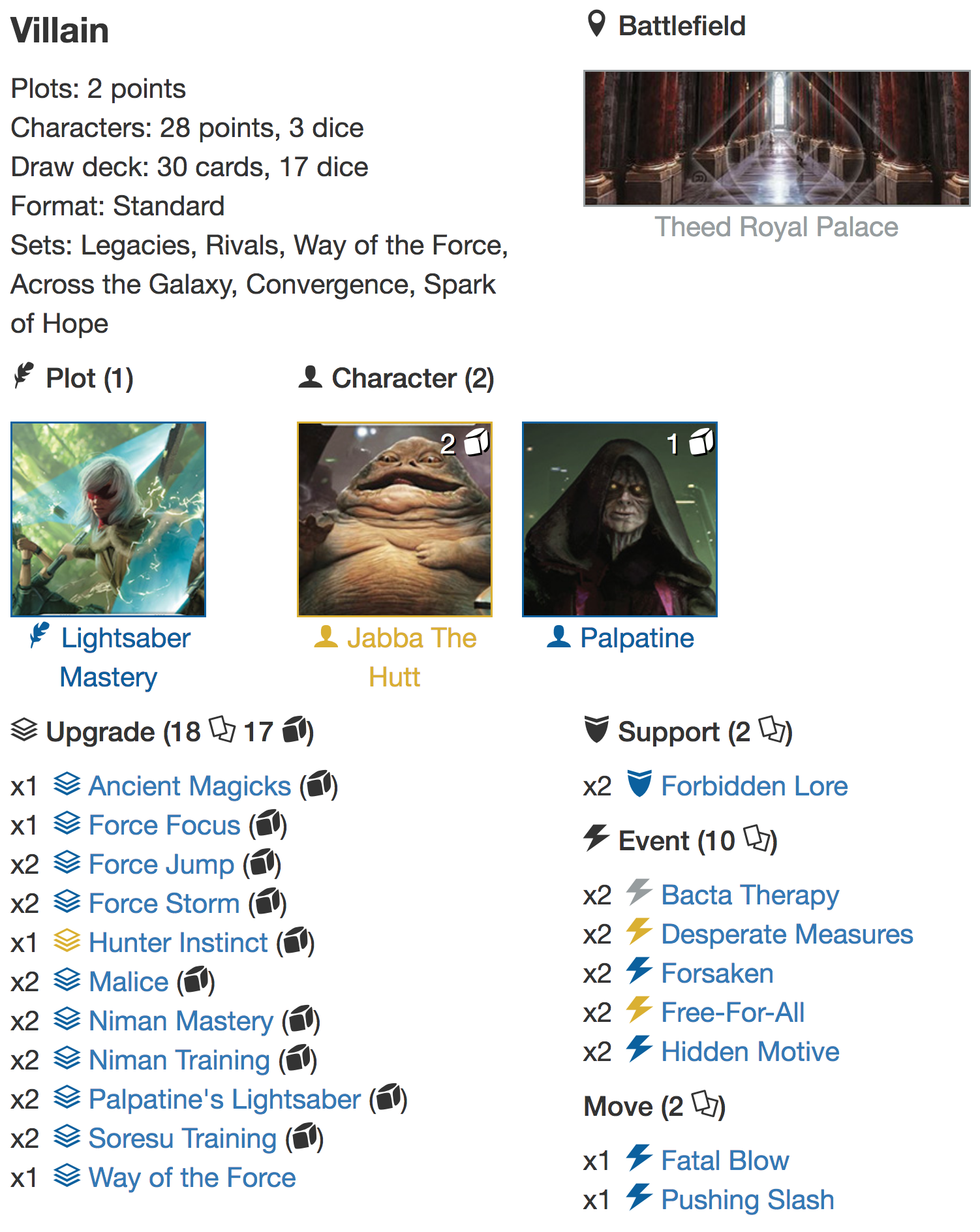 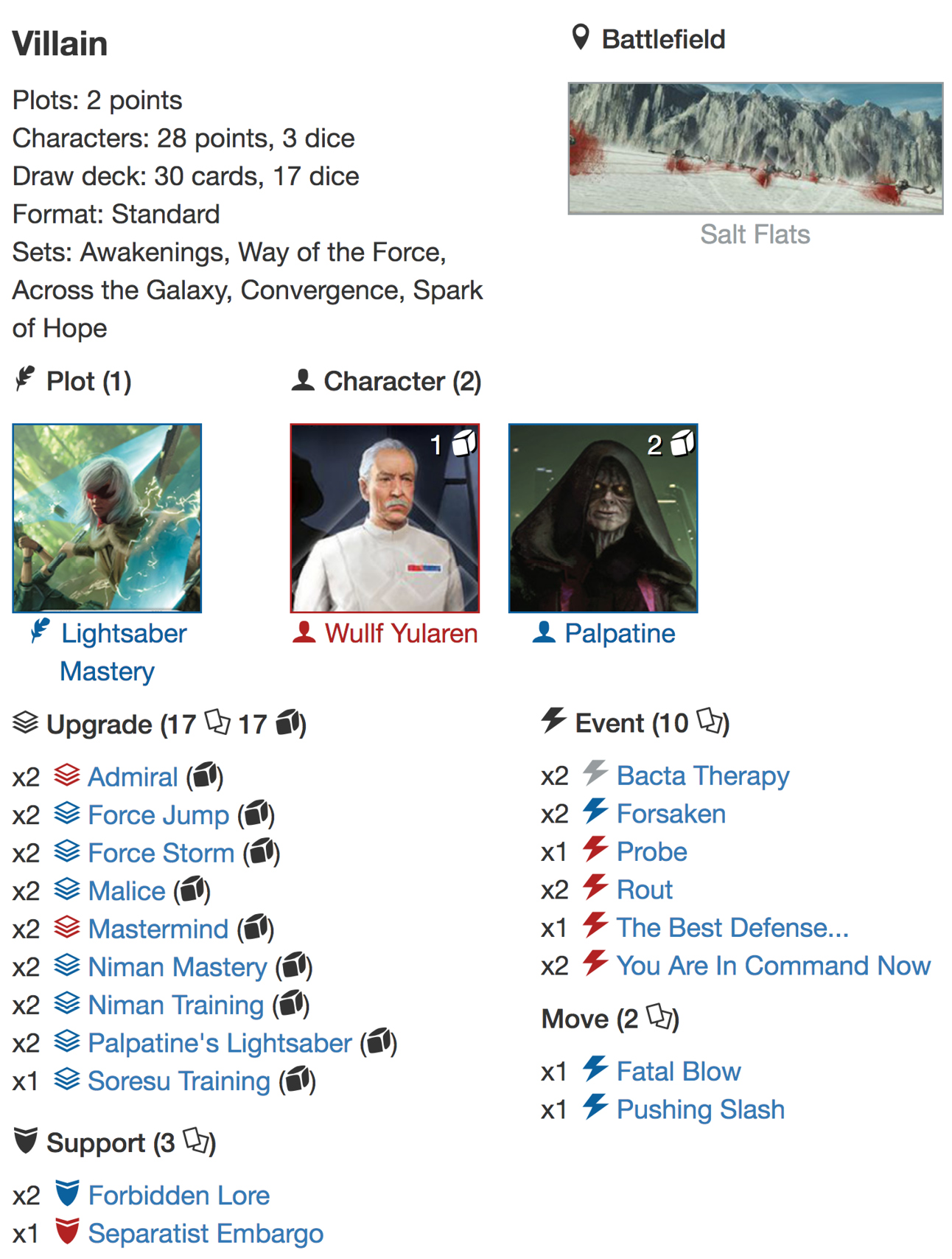 A huge part of this game is about deck building itself, and it's fun coming up with crazy builds, and if communities are willing to test a bit of different stuff, sometimes great decks can come out of it. Some players, who have less time to experiment might just go with a proven competitive decks, but try and explore different possibilities.

And once in a while, like a few weeks ago in Barcelona and also earlier in Madrid, decks outside of the meta can actually take home the big Championships, like Andreu's eiden/eGideon/Taking Ground or eR2-D2/eObi2 and Grievous/eIG88/Battle Droid, the former making top16 and the latter top8 at the Spanish Grand Championship (Congrats Pando and Luis). 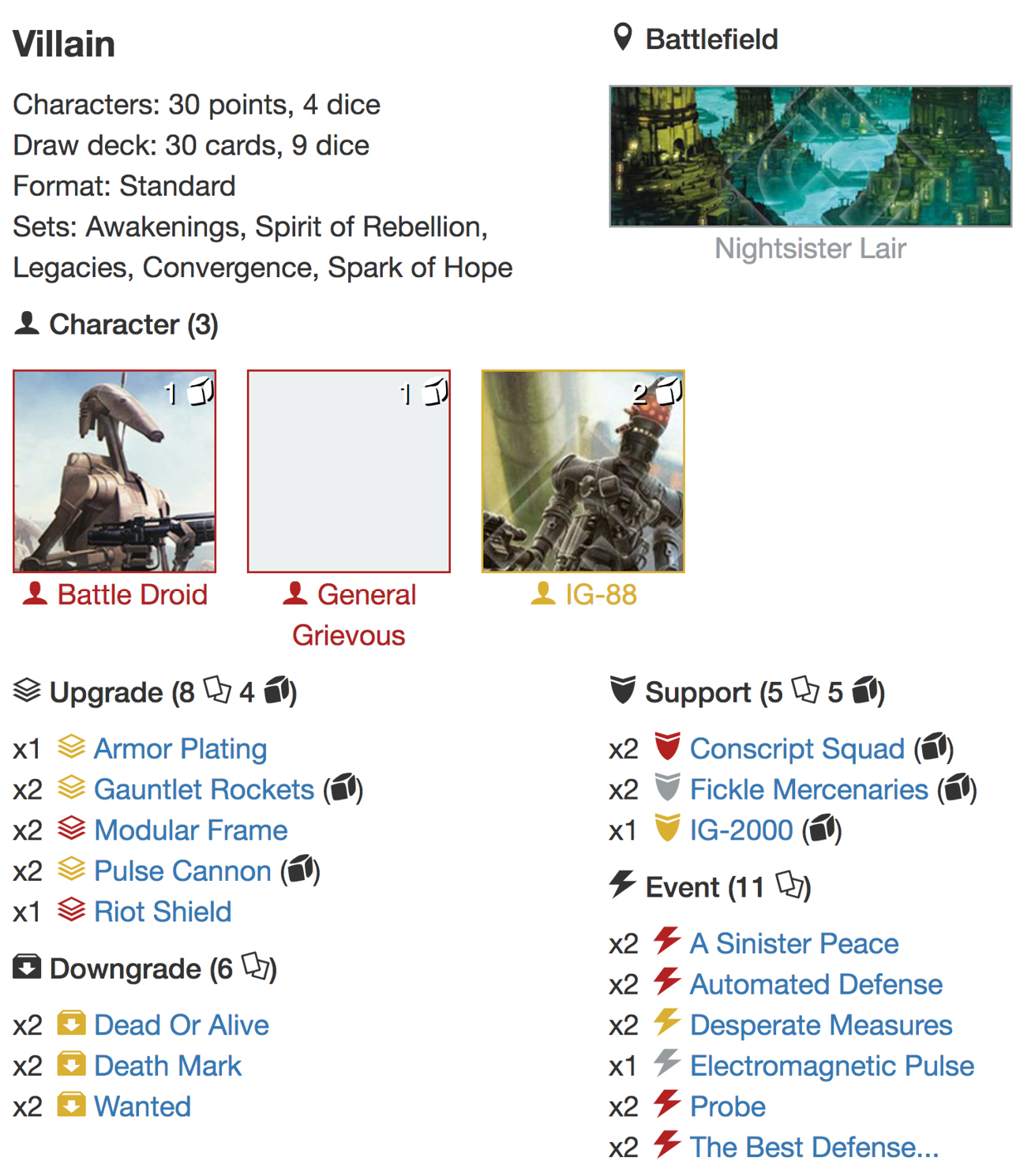 Also remember that making experimental decks doesn't necessarily mean they are not competitive and even if they turn out not to be. sometimes the process itself, testing them and finding new combos (like Profiteering, with Han4 and Lando2 and the Ordnance Launcher or Deja Vú and Invigorate) is more than enough fun.

P.S. At the time I wrote this article, the Holocron hadn't dropped yet, but with the release of it, the possibilities are so many ... Relish the opportunity to reinvigorate your community!

I'm happy to have been given the possibility of sharing some thoughts with you - Hola Mamá estoy escribiendo un articulo sobre destiny!! Yuju!! 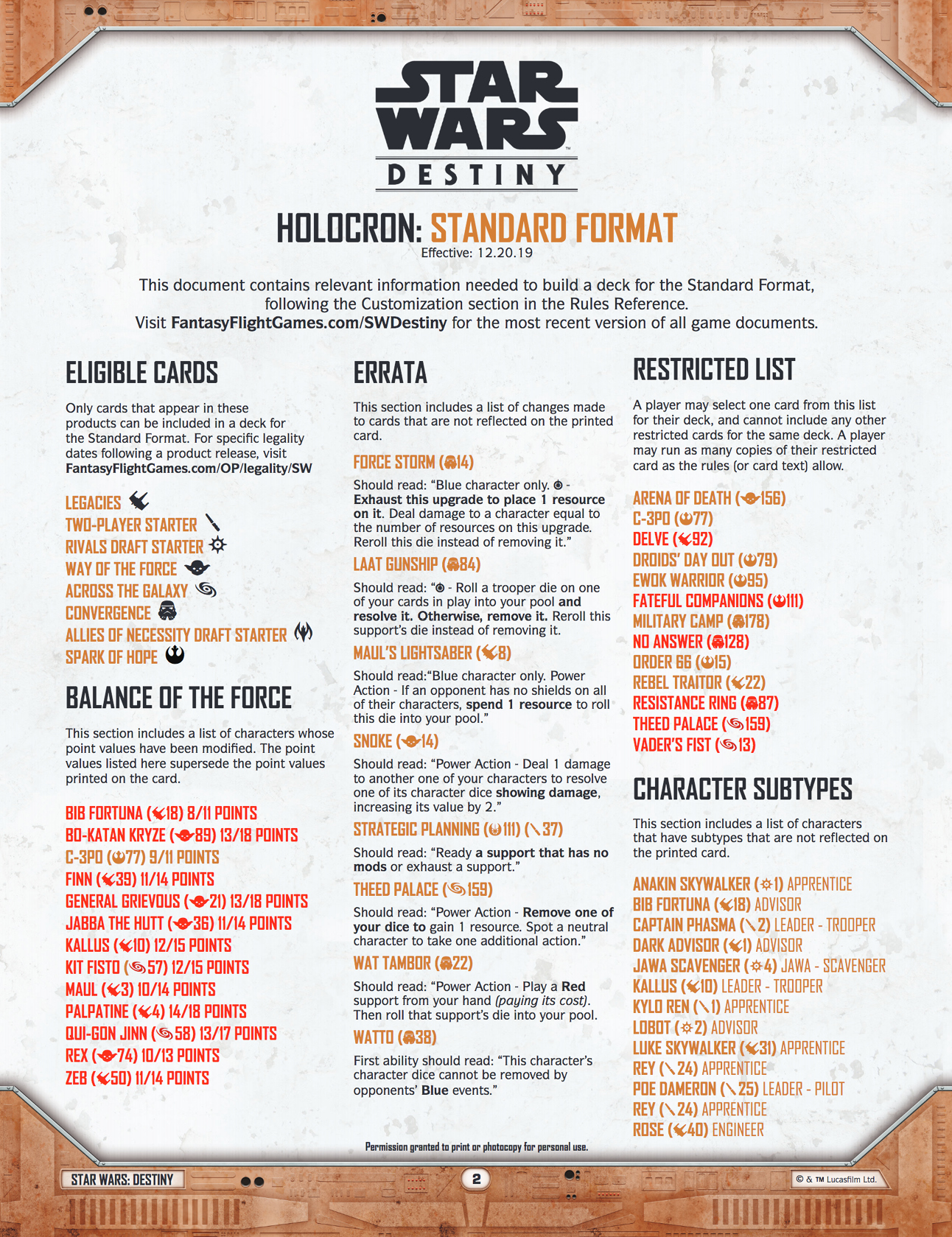