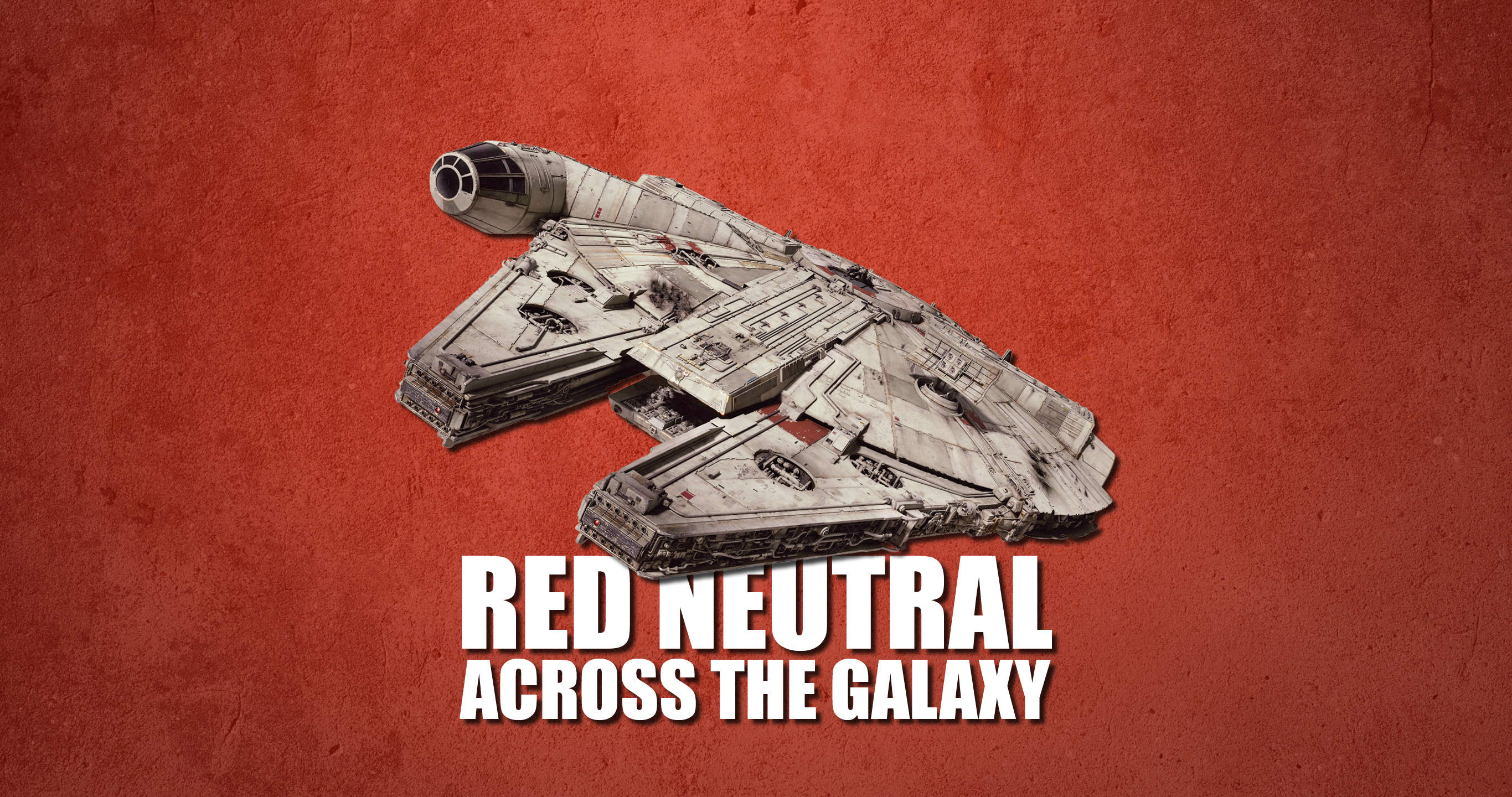 There are links to all the other parts of the set review at the end of this article!
1. RED NEUTRAL CARDS:Red has almost always since the beginning of Destiny been weak ... nothing seems to change in this set and whereas most other colours are very viable as "stand alone" colours, red just isn't! Even one of the best cards, Armored Reinforcement, will not necessarily see play. They did get a pretty sweet gun though!
2. RED NEUTRAL EVENTS:

ATTACK FORMATION (4/5)
This could be an amazing card in either a TIE Fighter or X-Wing based list (or any support based list with non-uniques in it). Potentially resolving any die side at +4, but more likely at +2/+3, is bonkers for 1 resource. Remember that the TIE Fighters also have a Resource side! While Attack Formation is not a must include it could be strong contender for a flex-spot in a vehicle deck.

BARREL ROLL (2/5)
Barrel Roll is the support version of Grand Entrance, and the latter one hasn't seen a whole lot of play so far. The popularity of Barrel Roll will really depend on how well the Mod Upgrade design space is being received and whether it can force itself into the competitive meta. 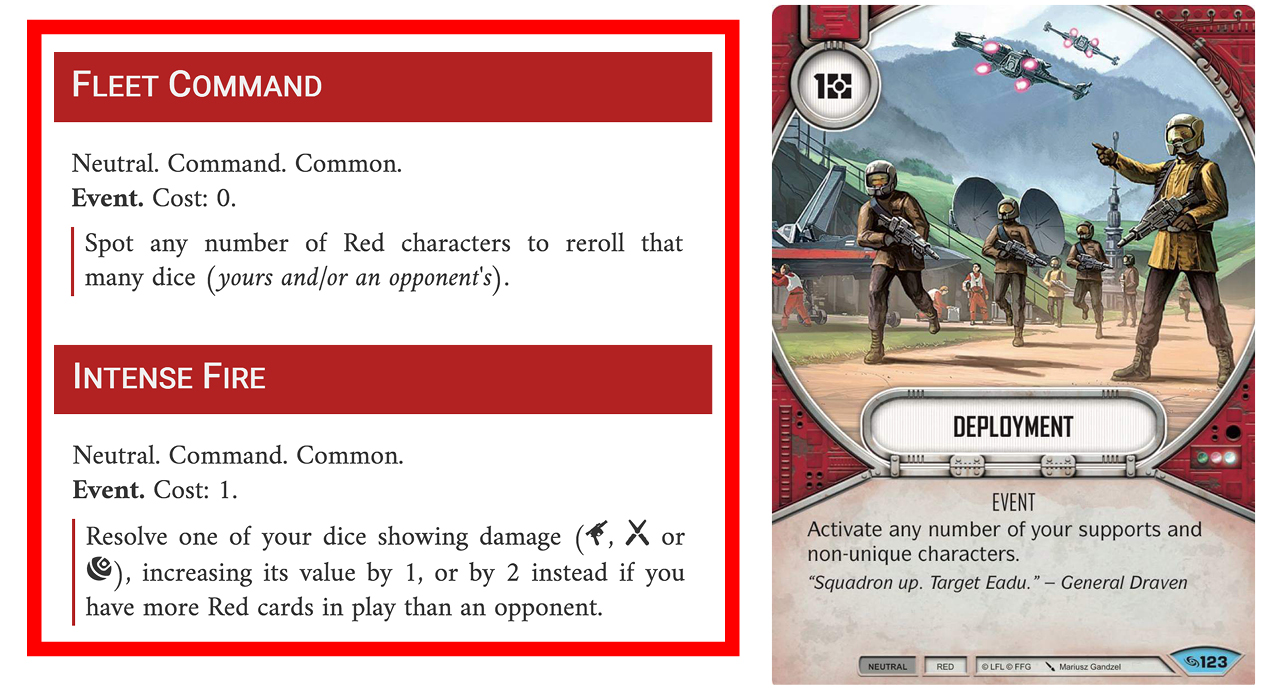 DEPLOYMENT (1/5)
The updated version of Deploy Squadron, but allowing you to also activate non-unique characters. I'm not into going fast with vehicle decks and paying 1 resource is just a no-go for me!

FLEET COMMAND (1/5)
Similar to the special ability of Luce - Callous Nightsister this just feels bad. Rerolling your opponent's dice without removing any of them is not where you want to be with mitigation, and adding to this the condition of only being able to reroll a number of dice up to the number of Red characters you spot just makes it bad! It probably rather go for the 'good' 'ol Sound the Alarm (even if it's just dice showing damage and only your opponent's dice).


Funny thing is that it's immensely more powerful than the old Sweep the Area (Awakenings), which required you to spot ready red characters ... AND it's still bad!


INTENSE FIRE (2/5)
Similar to Attack Formation, but only allowing you to resolve damage sides is limiting whereas spotting more red cards than your opponent to increase the die value with +2 raises the stock a tad.

REVISED ORDER (4/5)
This is a pretty intense card that could be bonkers with Rex! You will basically always have a high damage side that will put plenty of pressure on your opponent's mitigation. Always returning it to your hand is an interesting new design similar to that of At Odds (Blue Villain).

SNUFF OUT (1/5)
This is potentially a bonkers card with an incredibly high ceiling although pretty expensive. It's a lot weaker than Defensive Position though, which is hero only, but I'm not sure it will make a showing until after rotation.

TRANSFER (2/5)
Moving Mods around is an interesting way of resolving the same die several times in a round, and while it's still to be seen how powerful and popular mods are going to be, I can at least see it being useful in very specialised builds. It's pretty crazy with a Dorsal Turret.
3. RED NEUTRAL PLOT:

ARMORED REINFORCEMENT (4/5)
For a vehicle deck this card can potentially be ridiculously powerful! It is a Profitable Connection and a 'tutor' mashed into one powerful card. Only problem is that vehicle decks often like to go 3wide because they are slower and need protection of their investment, while accepting to lose characters in order to grind their opponent down!

Losing 3 character points can make it difficult to slot Armored Reinforcement in, but the card is really inherently powerful!
4. RED NEUTRAL SUPPORT: 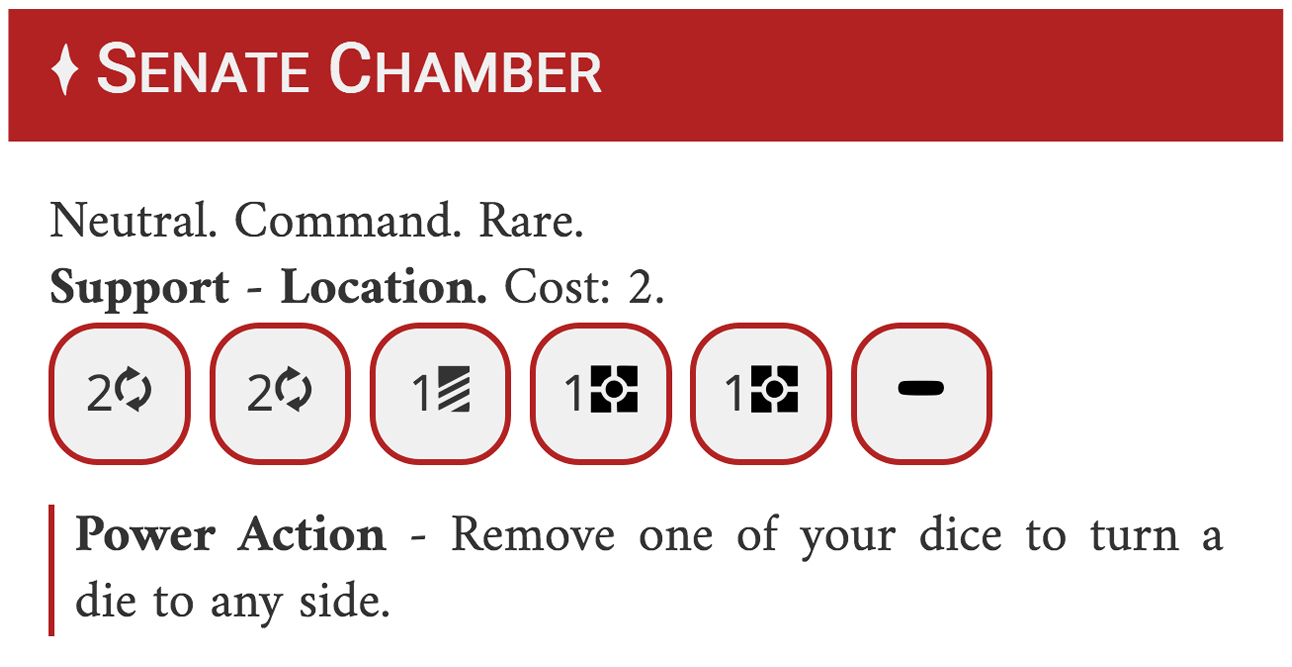 SENATE CHAMBER (3/5)
Focus and Resource sides are ALWAYS good, and I can definitely see Senate Chamber see play. It does feel a bit expensive, but would slot nicely into a vehicle deck or go together with Leia hand mill?!
5. RED NEUTRAL UPGRADES: 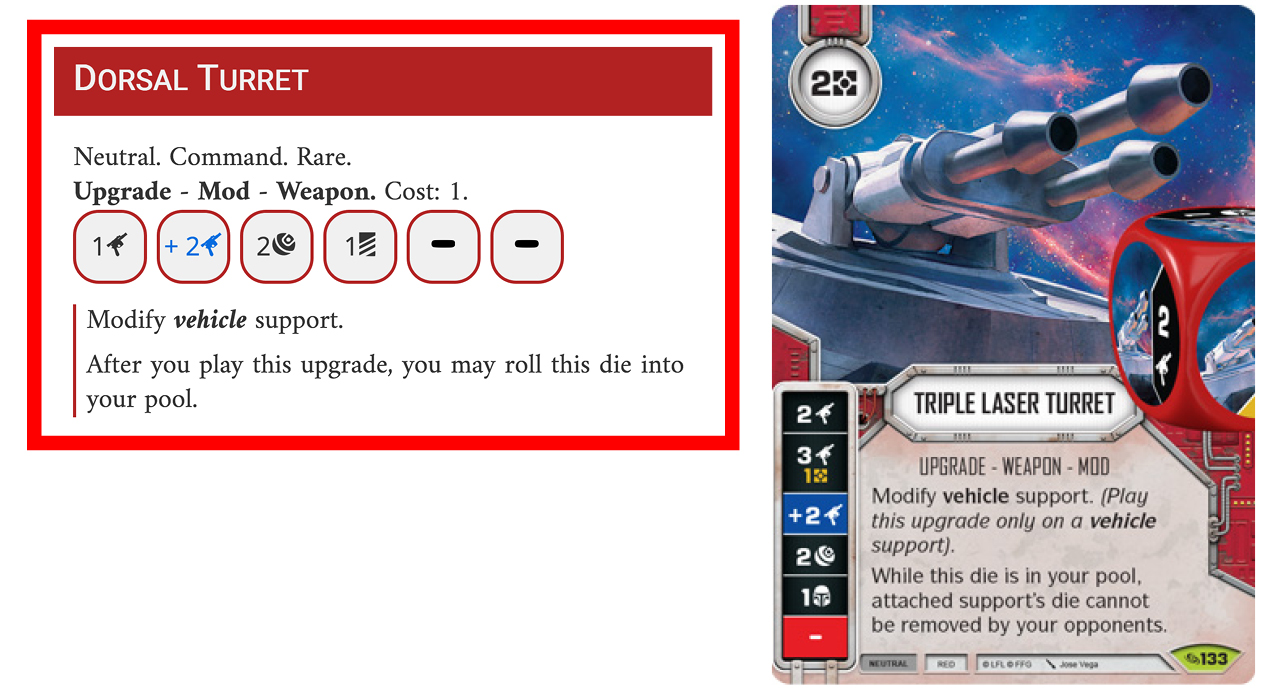 DORSAL TURRET (3/5)
I like the Dorsal Turret and would definitely consider this mod in a TIE Fighter deck. Getting the advantage of using the die twice in the round you play it doesn't make it any less appealing!

HANDHELD L-S1 CANNON (5/5)
The Handheld L-S1 Cannon has an insane die for a 2cost upgrade! F O U R damage sides! That's insane - and although it means a character can only have 2 upgrades, including the L-S1 Cannon, it's a trade I'd make any day. Sure, there's a payside on one of the 3 Indirect damage sides, but that is to be expected!

This upgrade is going to look SWEET on Poe Dameron or Rex!