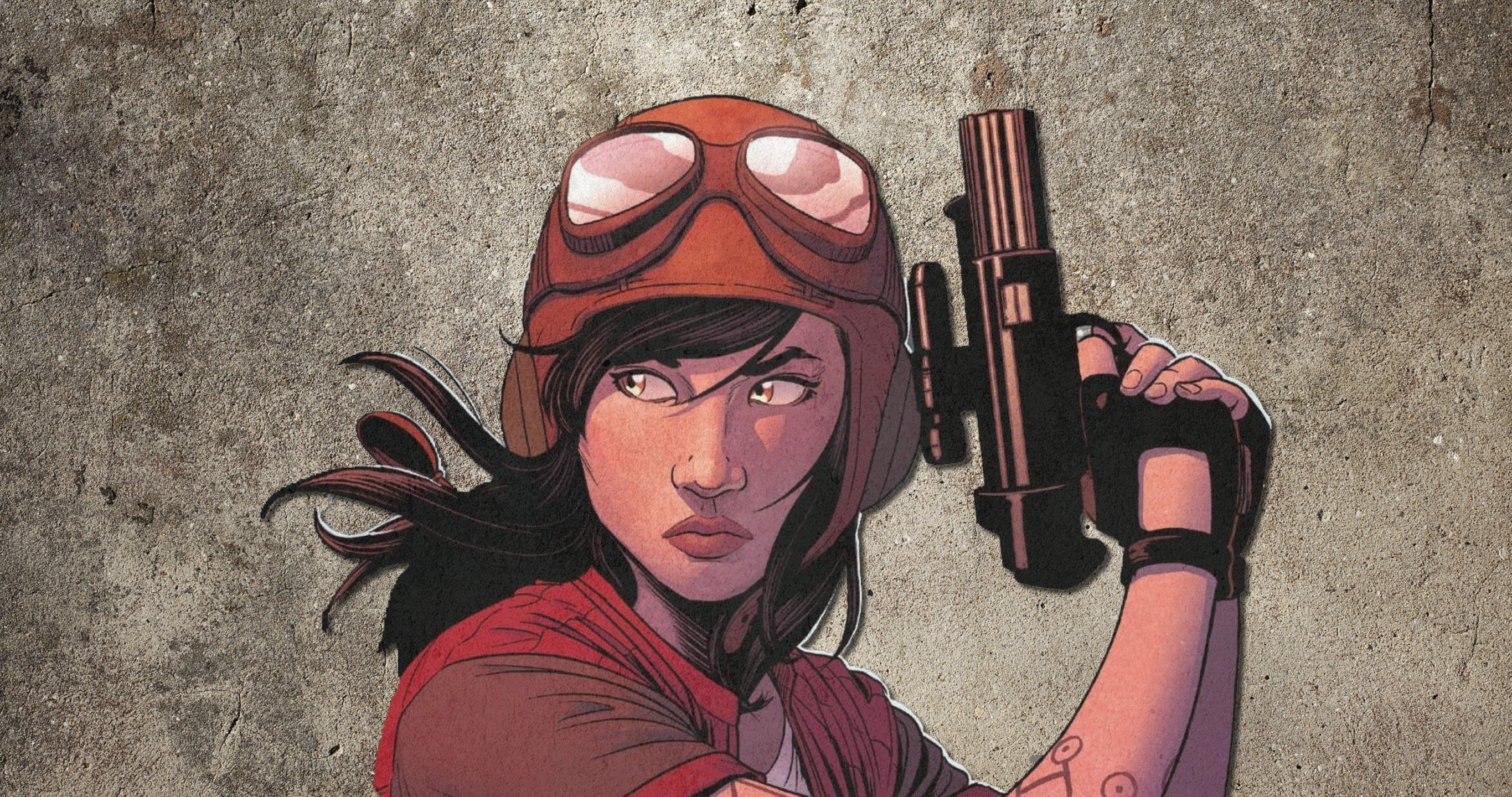 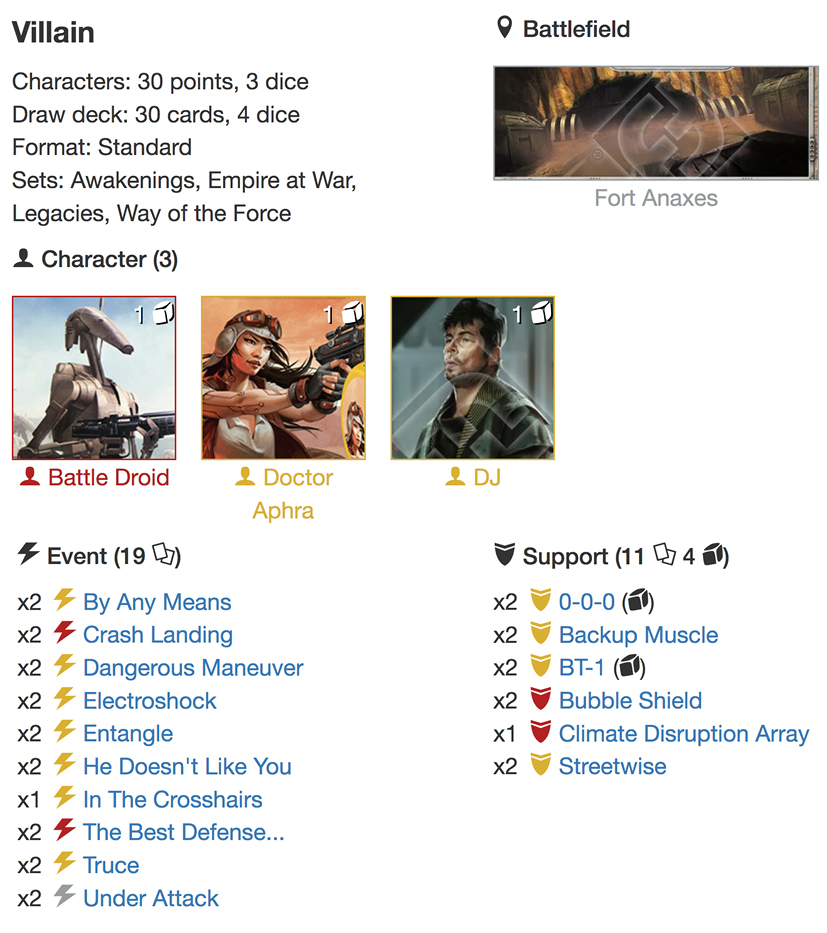 1. INTRODUCTION:I’m a student of Wing Chun.

Hah! If my Sifu could hear me he’d tell you otherwise. I have belts, sure, but I haven’t been in a while. Too much time committed to Destiny.

But interestingly enough, Kung Fu and card games aren’t so different. After all, it’s about one vs. one. It’s about technique, knowledge and mastery. You might not get sliced up or bruised playing card games, but the fundamentals are the same.

And one of my first lessons was that you are never the defender. If you’re being attacked, you are not just on the back foot and parrying blows. You’re also an attacker. It’s about mentality.

Of course, in Destiny, it isn’t that simple. It’s easy to feel ahead or behind; either rolling your dice and being proactive or desperately having to deal with your opponent's dice as they continue to set up against you. That said, there are options that offer both defense and attack and I’ve always considered some of the best cards in the game to be those that can make your defensive plays aggressive. I still think Force Throw is one of the best dice you can have in your pool and it seems to just keep getting better. We have events that can do something similar by removing dice and doing damage: Deflect and stuff. But these tend to be either expensive options or incredibly situational.

It’s also probably worth noting that during my time as a MtG player, I was very much a control wizard. I’ve always wanted to see control evolve into an option in Destiny, where you hold off an opponent until you can develop such a board state that can win you the game. It’s just never really gelled with the mechanics when dice are introduced. They are just too different.

Or so I thought.

If I’m known at all, I’m probably known as a Blue Hero player. It’s my comfort blanket. If you’ve read my "Budget Deck" article on Blue Heroes, you’ll know that I consider Blue Hero to have the versatility to make gameplay interesting and varied in its ability to switch between attack and defense and, in that way, you can sometimes feel like you are countering an opponent and not just knocking lumps out of them.
2. CHARACTERS:But when I started looking at this deck for fun, I realized that I needed villains. And I needed access to a Yellow card pool.

So I started with DJ. Ever since he was spoiled, he felt like my kind of character. Any ability that rewards you for messing with your enemy’s stuff has to be good, right? Defense into attack? Only trouble was, to make this really effective, you needed to be removing lots of dice. And DJ is expensive. He didn’t see much play.

DOCTOR APHRA is another great character. She offers so many upsides and although her die is a little underwhelming, getting cheap droids is fantastic. And drawing cards if you build around the ability can be great. Especially with the synergy you get with her murder droids on board (listen to the YOUR Destiny Podcast Episode 22 for a rundown on Aphra).

I felt like these as a pair was where I wanted to be in terms of ability. I could have gone elite on both which would have been good from a DJ point of view, but I wasn’t bothered about two Aphra dice. And their life total seemed low considering I knew I was looking at a long game. Fortunately, if I chose to run them at a single die each, it left me 6 points. Where blue might be the most solid option to remove dice, there are no options at 6 points in blue. So it had to be the BATTLE DROID for red removal an supports.
3. SUPPORTS & EVENTS:
I’ll admit, when I started out, I was worried that these 3 dice were weak. DJ can roll damage but the others aren’t making much of a dent in anything. Fortunately, there are plenty of options when it comes to Yellow and Red villain upgrades and supports so I started considering those in detail. 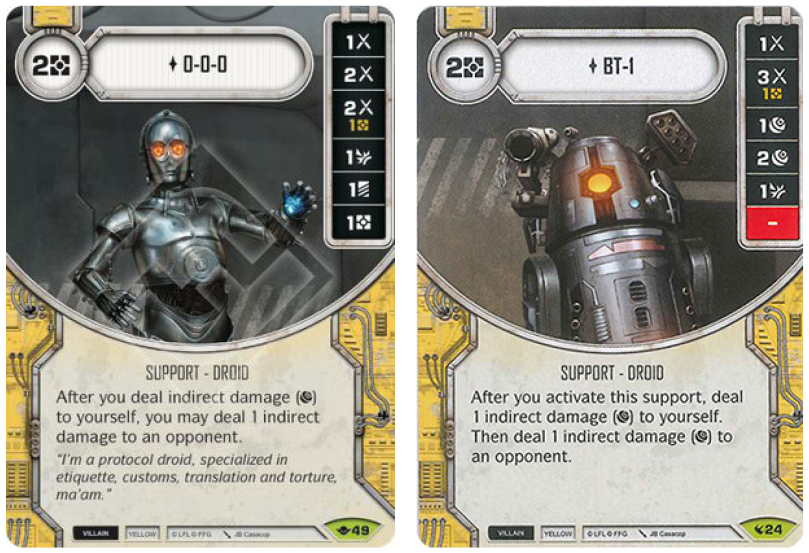 Obviously, Doctor Aphra’s droids are incredible and a 3cost Hailfire Droid Tank is excellent value. I even originally included the new Slave 1 because you can remove dice with it.

But realistically, you just don’t need the big stuff. BT-1 and 0-0-0 are enough. You won’t believe it, but it works. Carrying 7 dice to a tournament feels ridiculous, especially knowing you can only play 5 at most. But trust in the tech, my friend, trust in the tech!

So where on earth does your damage come from? Honestly? DJ and 0-0-0. It’s just relentless.
We are running a huge mass of removal. H U G E.

There aren’t many big decks in the current meta that run fast and roll large numbers of dice in one go. And that plays directly into our hands. More than half your deck is events to remove dice.

7 of the events can remove multiple dice. Every turn, you will have removal in hand. 8 of your cards deal indirect damage to yourself. That’s going to draw you into more removal AND trigger 0-0-0. BT-1 will damage you too so if you don’t have the card you want, you can activate him at the start, draw a cards and see what you get.

And remember, when you wipe these dice off the board, every one you get rid off will deal an Indirect damage to your opponent. Defense and attack. 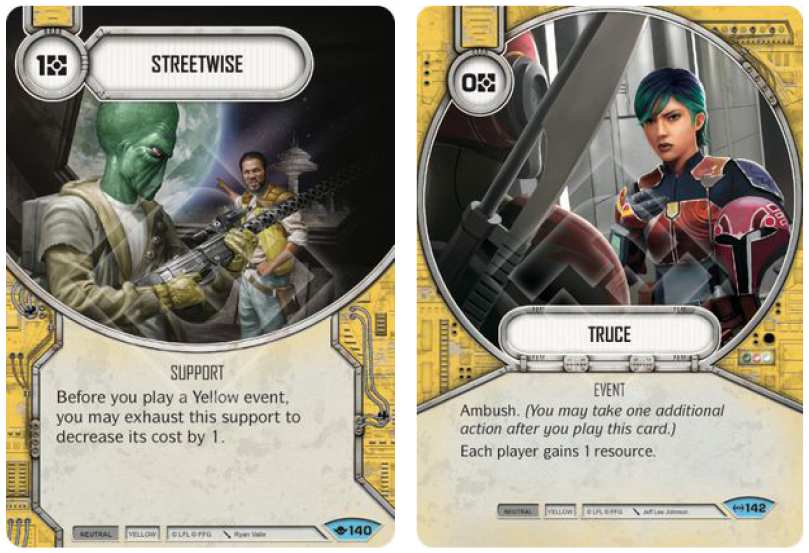 Resources can be an issue, of course. We’re running all the very best zero cost removal but there’s still plenty to pay for. STREETWISE is always going to pay for itself here: 7 targets. And TRUCE is incredibly powerful in getting some big cards on board immediately.

Everything gets tricky if you lose one of your Yellow characters. You can live without Doctor Aphra, and often an opponent targets her, having no idea what you’re intending to do, but losing DJ can make life much more difficult. You can still remove all their good stuff, but without the attack to your defense.

DANGEROUS MANEUVER makes this a little easier. You can move two damage somewhere else, even to a BUBBLE SHIELD if necessary. And that’s what makes this deck incredible:
More often than not, you’ll hit both droids within a few rounds. If I don’t have one in your opening hand, mulligan all five and pray. From there, you’re drawing so quickly with Doctor Aphra's ability that you’ll find the other soon enough. Then consider how powerful a card like Dangerous Maneuver becomes late game. Your opponent can smell victory. DJ is close to death and if he goes, you lose all that ping damage. You play Dangerous Maneuver, heal 2 and stick it somewhere else. You ping a damage at them from 0-0-0 and you draw a card from Aphra. Synergy, baby.

Under Attack is the same. Try removing all their black damage sides. Brutal. I removed 3 dice all showing 1 melee, dealt 3 indirect to me, dealt 4 indirect to them (3 from DJ, 1 from 0-0-0) and then drew a card from Aphra. All that cost me 1 resource.

The big issue here is finishing off characters. DJ helps. But BACKUP MUSCLE is there to keep the pressure on.

You’ll notice CLIMATE DISRUPTION ARRAY in there. A strange choice I know but solid against mill. It’ll usually deal them 3 damage and let you draw a card. And obviously you don’t care about the damage coming at you against mill. In the end, I never did play Climate Disruption Array, even against mill. I think I’d cut it. I did have Hunker Down in there for a while so maybe one of those could be good. But at this stage, that’s all I’d change.
BATTLEFIELD:

Battlefieldwise, FORT ANAXES equals Guardian. Guardian equals removal. Removal equals damage.
THE STORE CHAMPIONSHIP WIN:So I took this deck to a 17 man Store Championship last weekend. I didn’t want to. I wanted to take Blue Hero. But I’d spent 3 weeks tweaking it and surprising myself and my main playtest buddy said I HAD to play it. It had managed to beat everything put up against it so he told me to man up and take it to something competitive. And thank God he did.

Even though I felt like I was going to be somehow humiliated, sat there with my 7 dice, I ended up taking it to victory.

It lost a match to mill (Lando/Cassian. Who knew?) in a very tense encounter that managed to swing victory by rolling 2 shields on Stealthy to survive with 1 health. But that deck went on to win the swiss rounds and there’s no shame in that. But it saw off a Kylo/Pryce and a 3wide Mando deck in the finals.

It feels like a different way to play Destiny, I won’t lie. It’s so far removed from roll in and resolve. There were so many times where I’d not even started to roll my dice and my opponent was done because I just messed with all their stuff. Also, your dice don’t even really matter. Of course, they can be incredibly useful but you just don’t rely on them. From that point of view, it’s so consistent. And most of your opponent’s mitigation is a complete waste of time.

If you’re looking for a different way to pilot decks and play Destiny, I’d recommend giving this a try. It’s a cheap deck to acquire and it will frustrate your opponent. 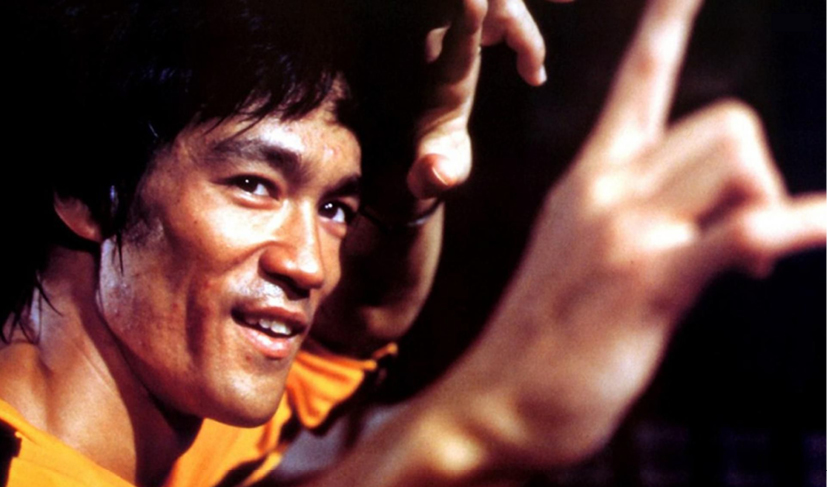 Plus, you’ll feel like Bruce Lee.
SPANISH NATIONALSA very different version of this character team managed to take top8 at the Spanish Nationals 2018, and it might be worth giving that a look as well!