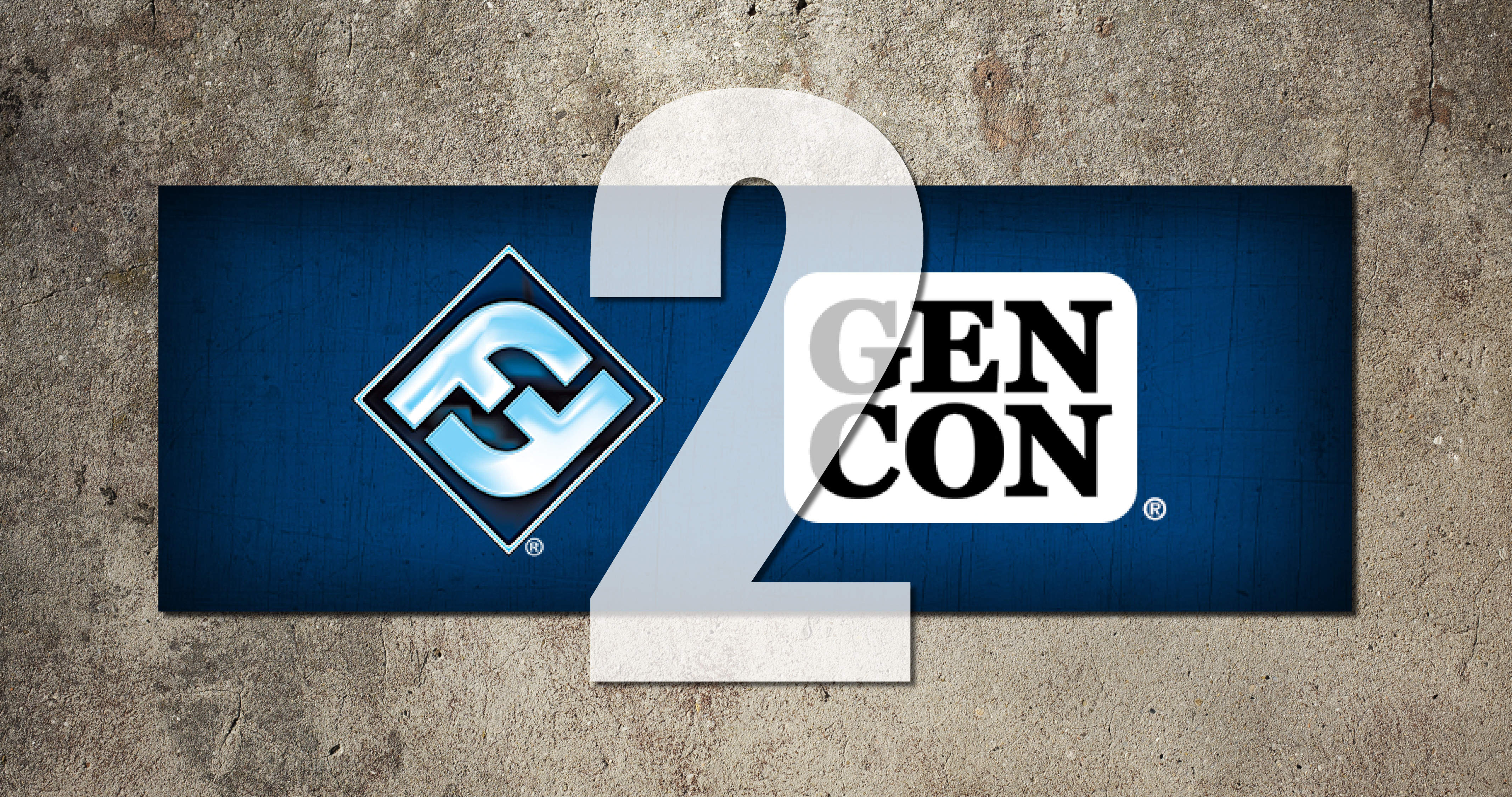 Wauw what a massive day of Star Wars Destiny that everyone could follow due to the stream provided by The Hyperloops and co-hosted by Jackalmen Games and Golden Dice Podcast.

And yet again this year what a powerful showing from The Hyperloops with Mike Gemme running riot with his Ewok army! There will be plenty of debate following The North American Championship 2019 and I'll just consign myself to congratulating Mike and the team for that outstanding showing in Indianapolis. CONGRATS!!

We'll do loads of statistics on the tournament once we find time to mull over the data, but for now we will leave you with the deck lists that made it into Day 2 at Gen Con EXCEPT the Ewok deck piloted by members of the Hyperloops team and Nick Obee's runner-up list! We agreed to let The Hyperloops get the honours of spoiling that work of beauty! Once they've spoiled it we'll add it to the list! The Destiny Council will be releasing an article with their Chopper lists soon as well!

NOTE: Cody Williams deck includes 2 Crackdown, which is not necessarily a bad card, but it was a mistake include in the list, and should in fact have been 2 Crash Landing. That deck list irregularity meant that Cody Williams was penalised with a game loss in the Top16 match against eventual winner of the event, Mike Gemme. 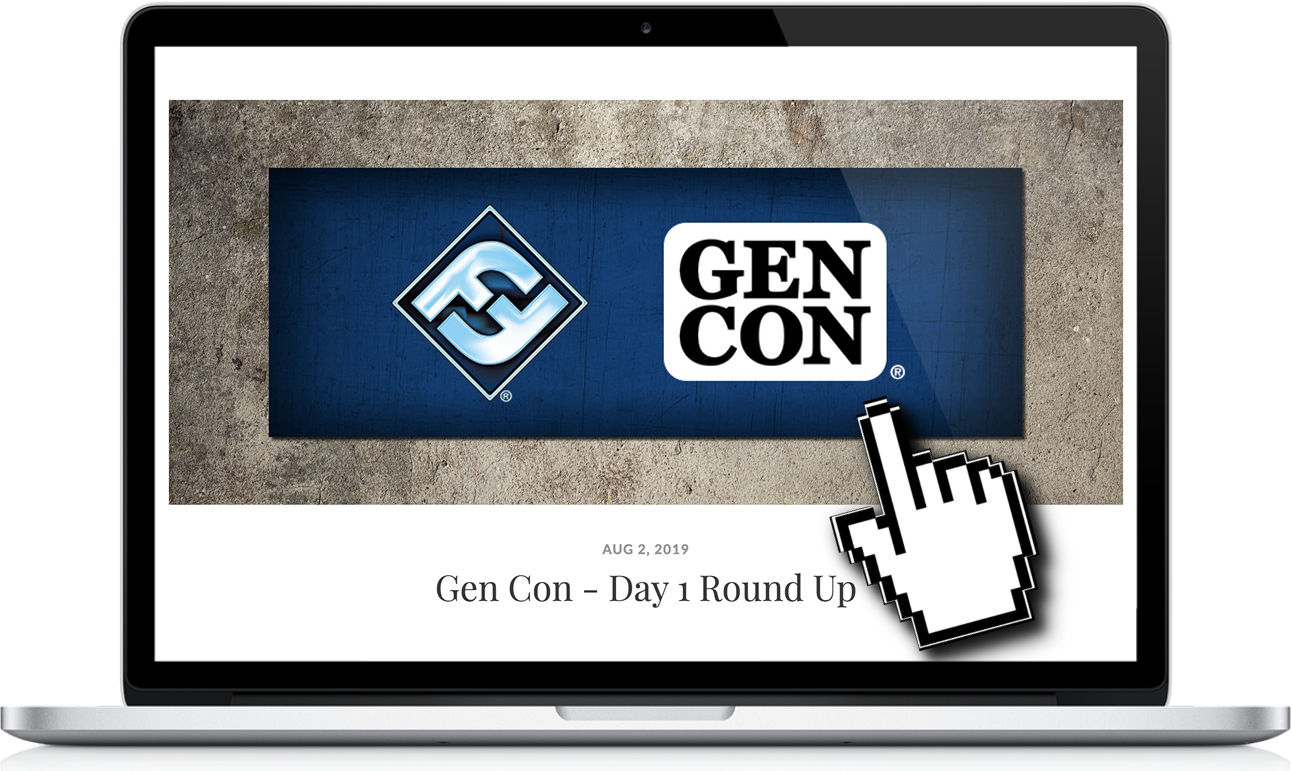 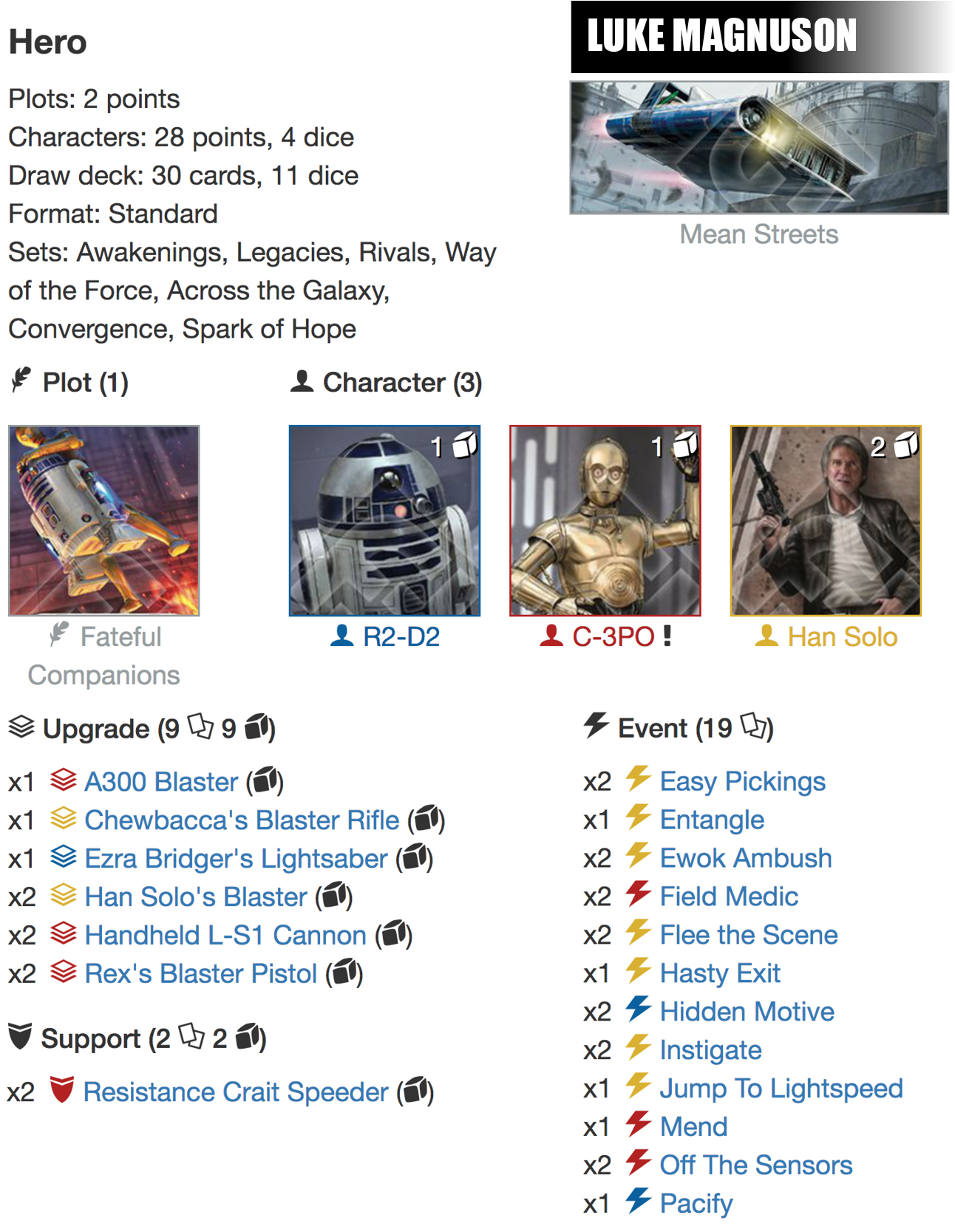 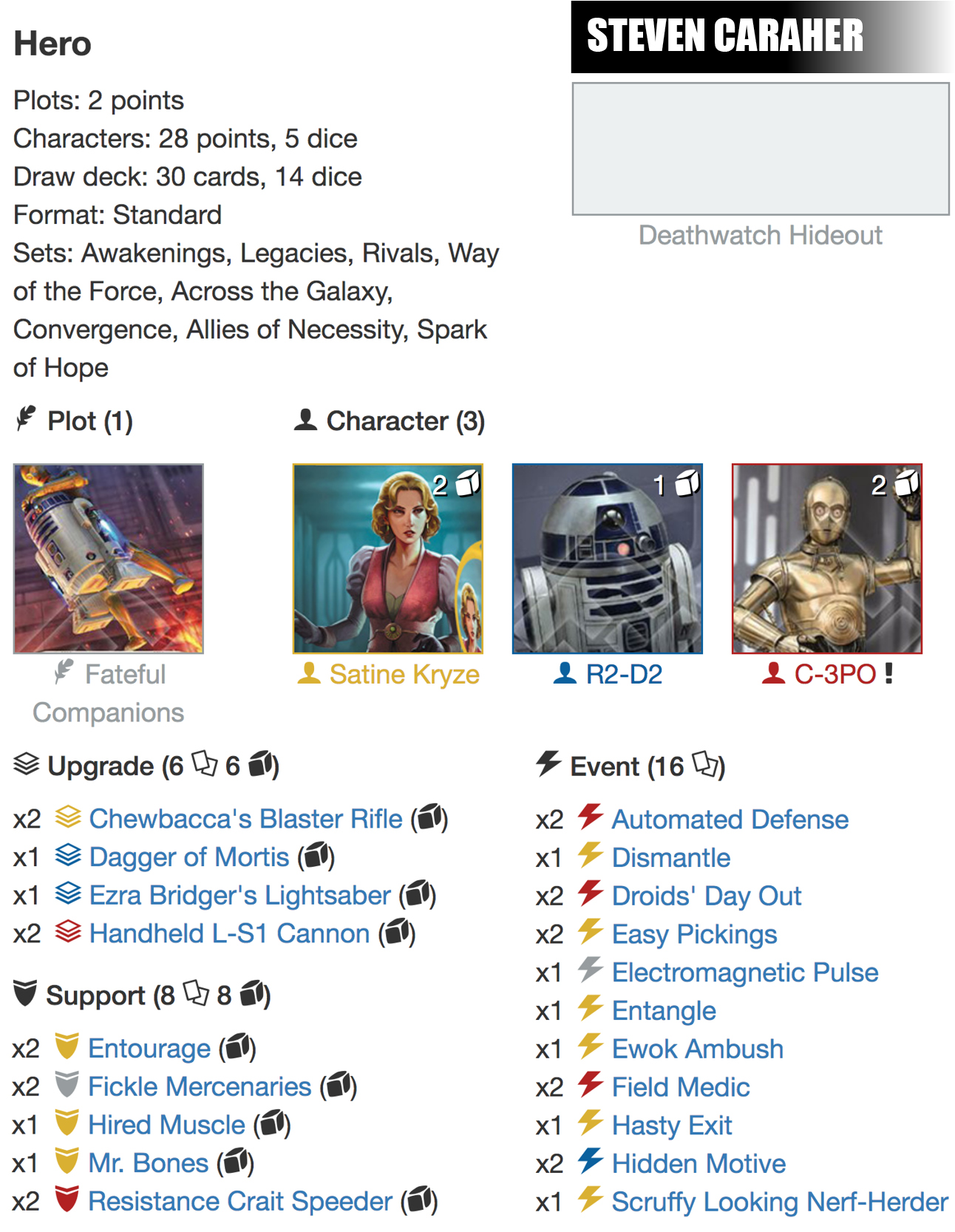 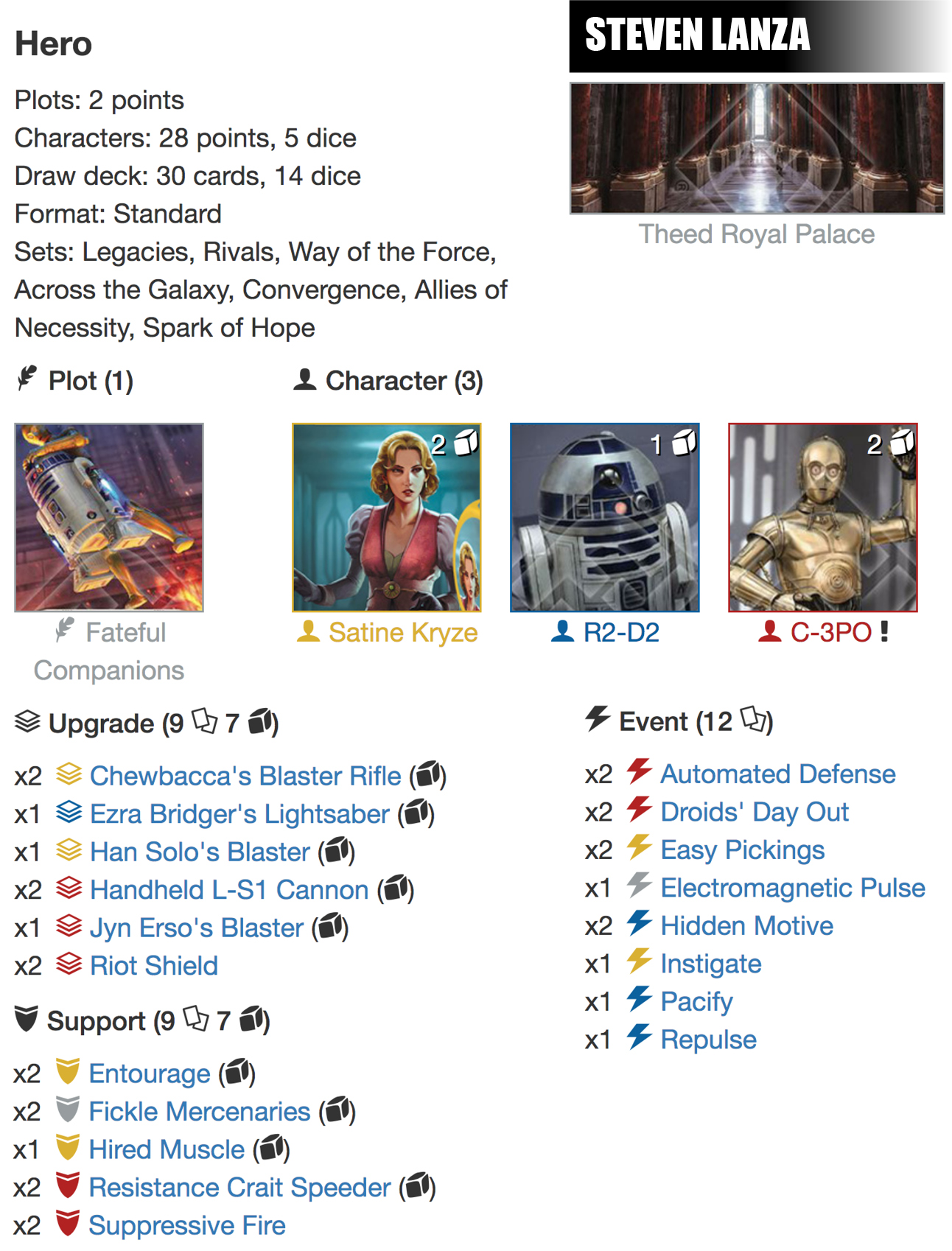 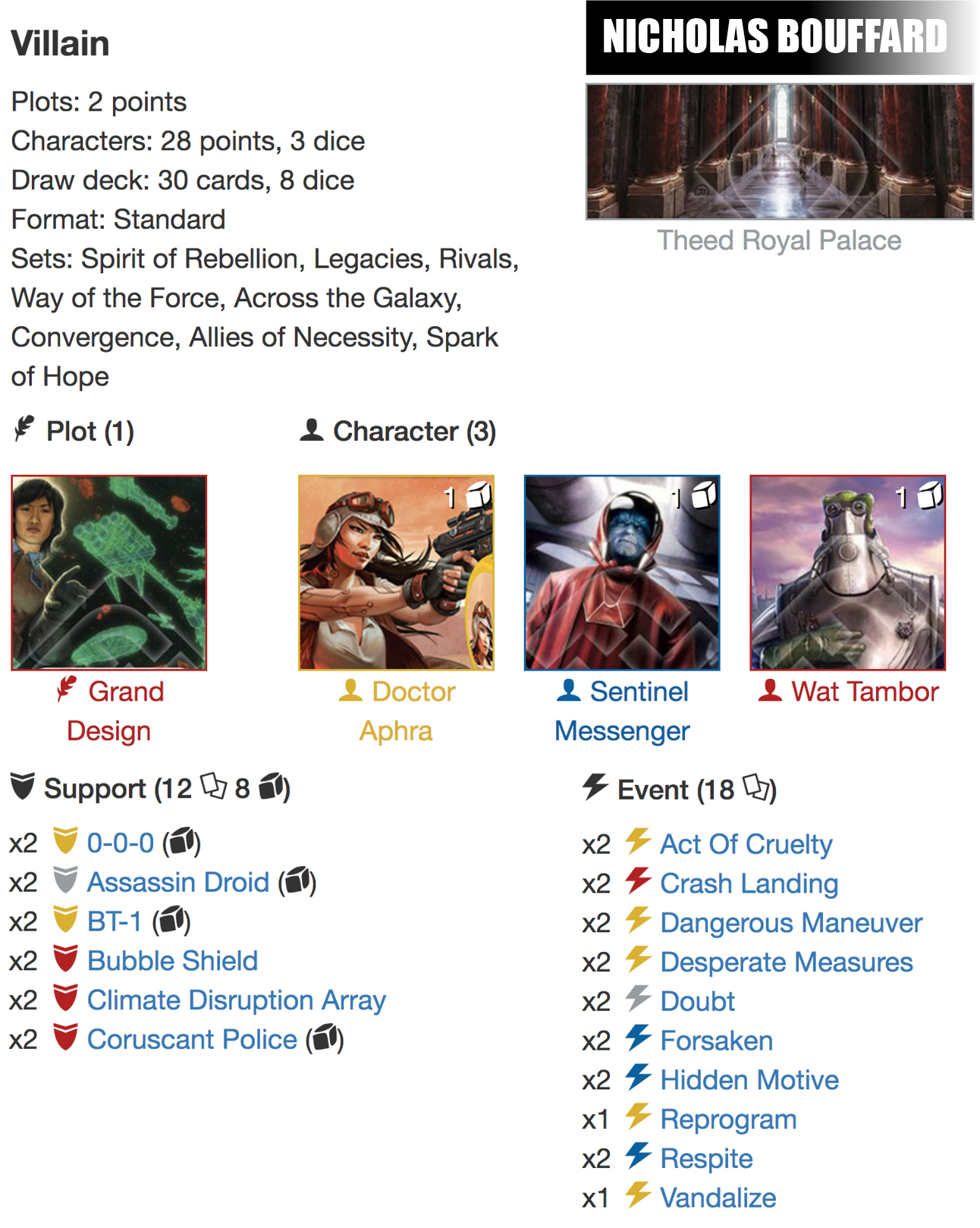 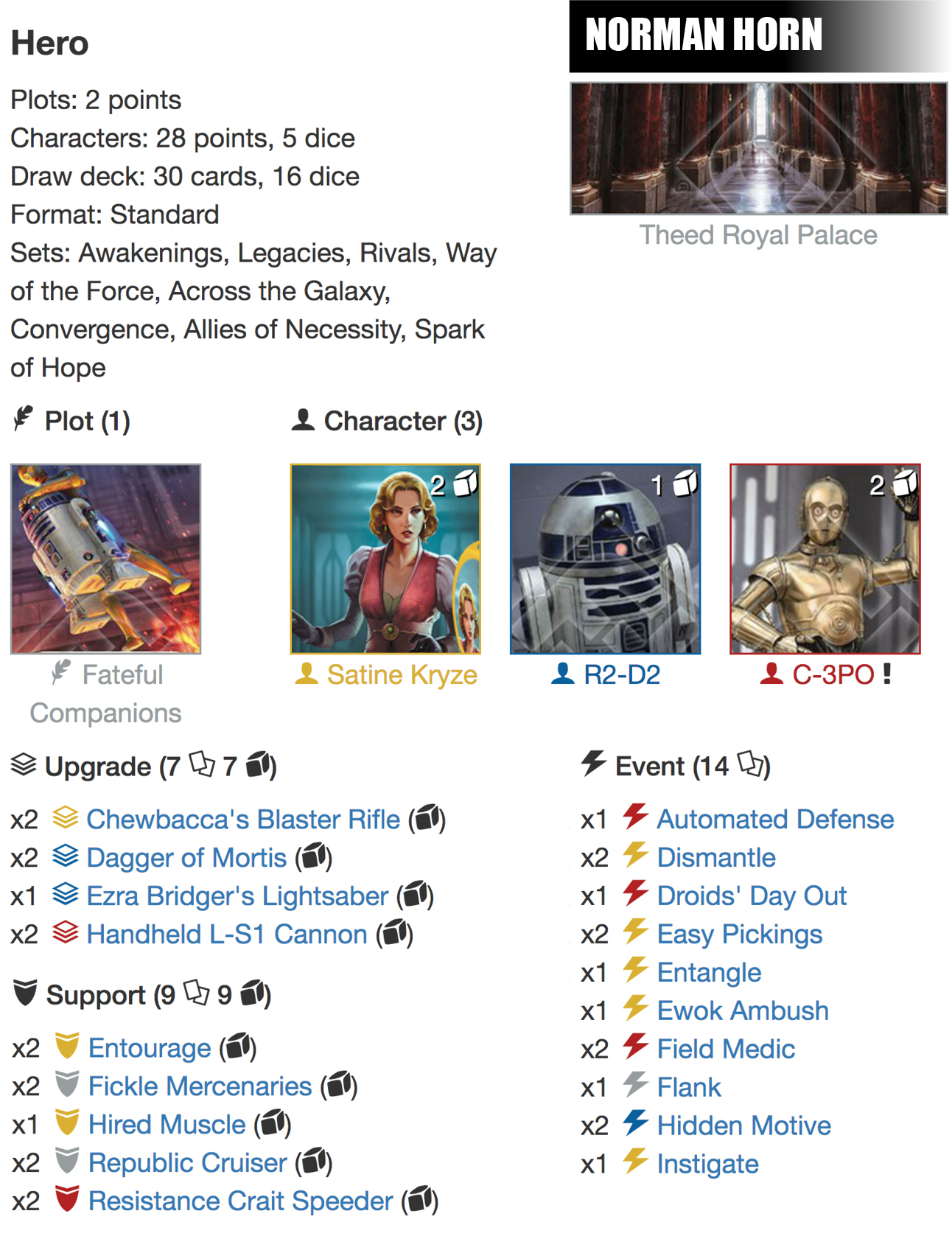 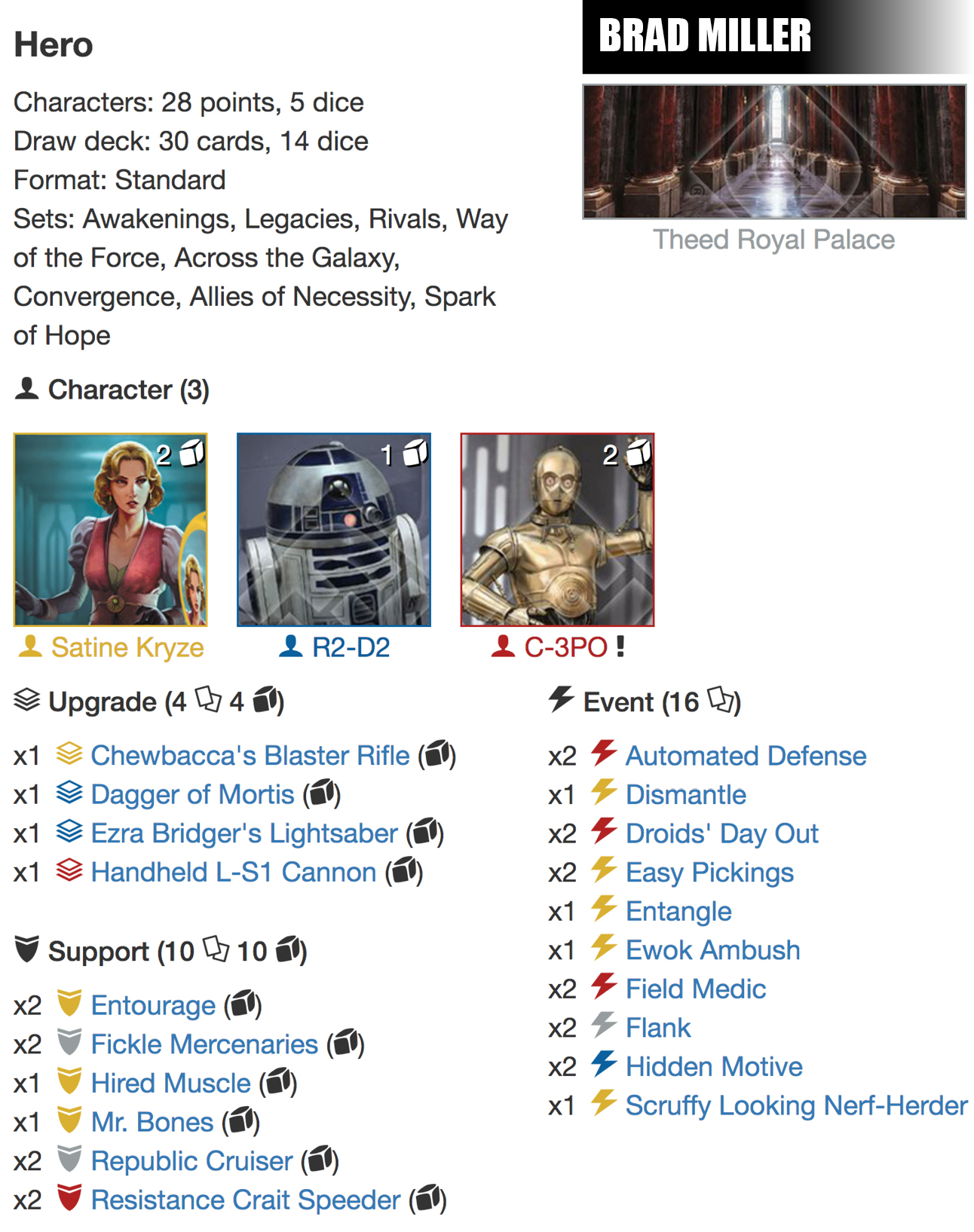 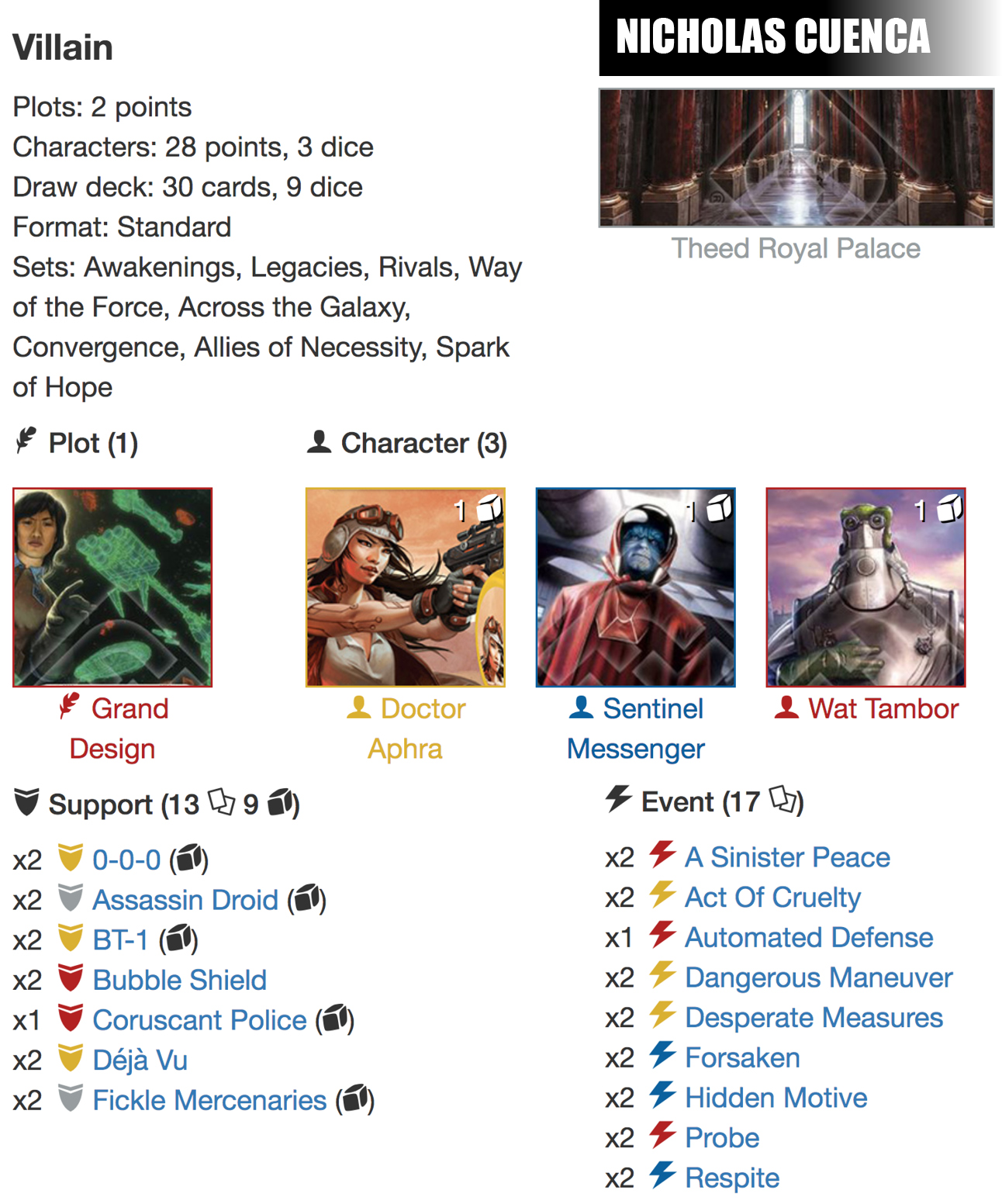 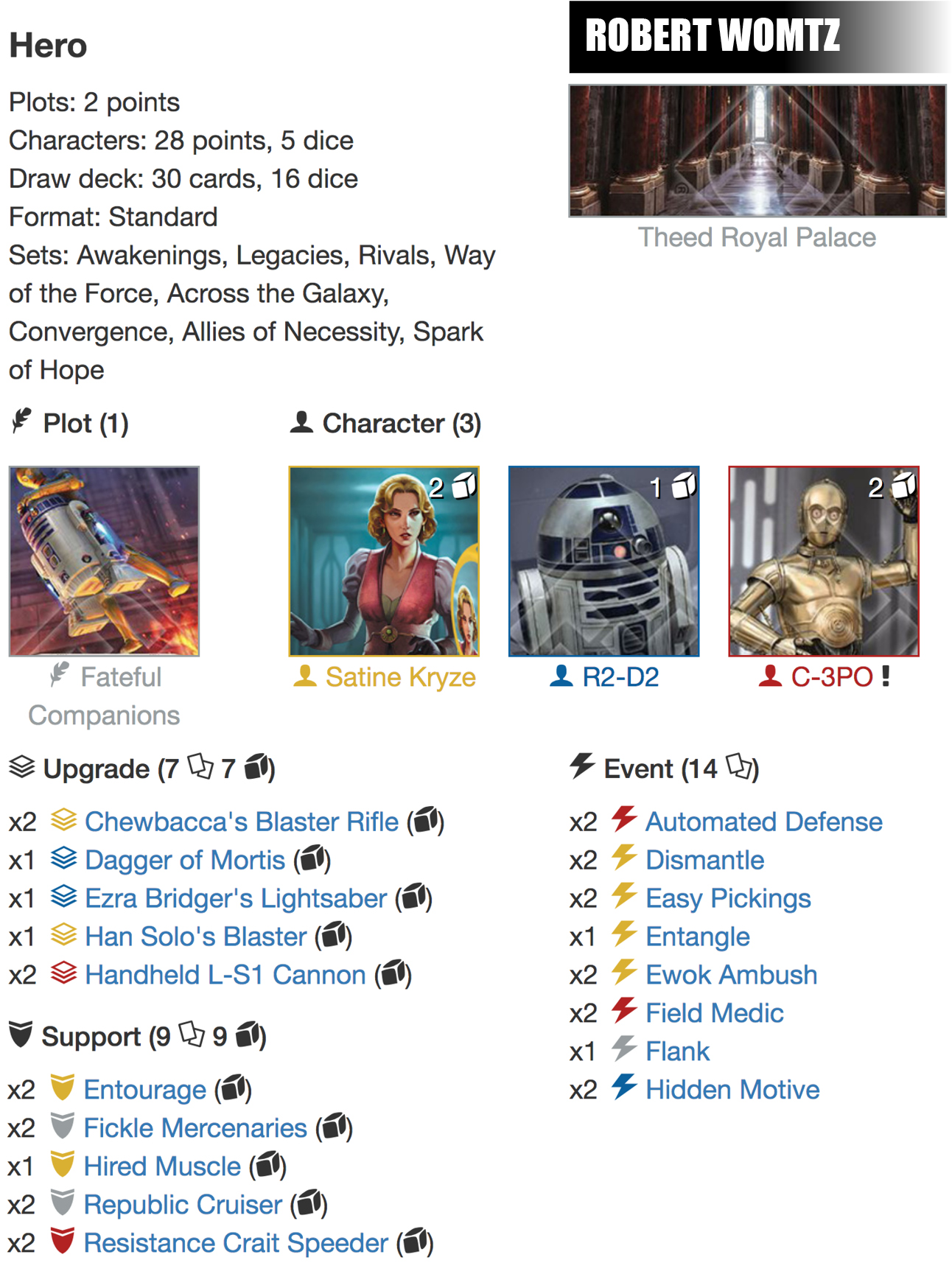 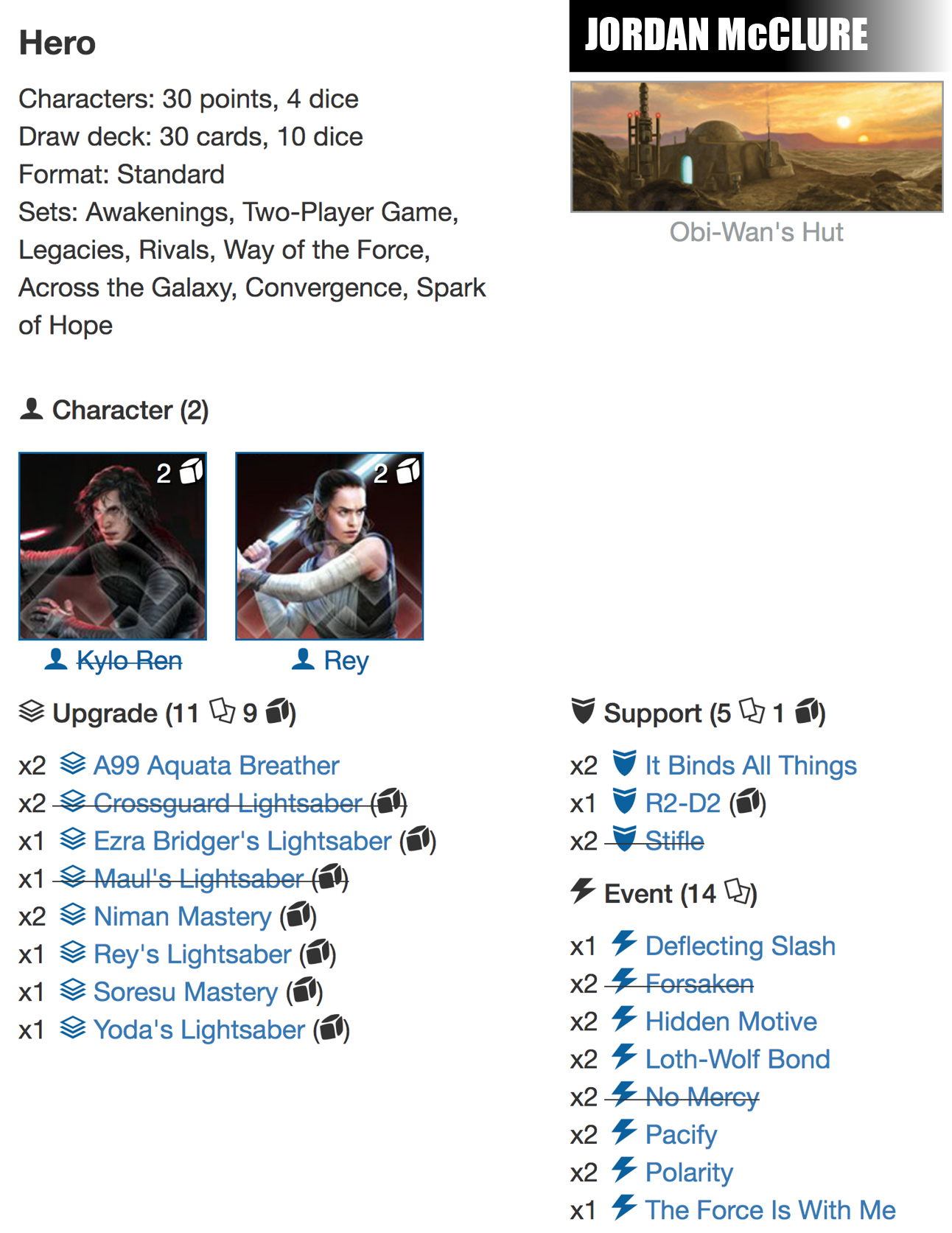 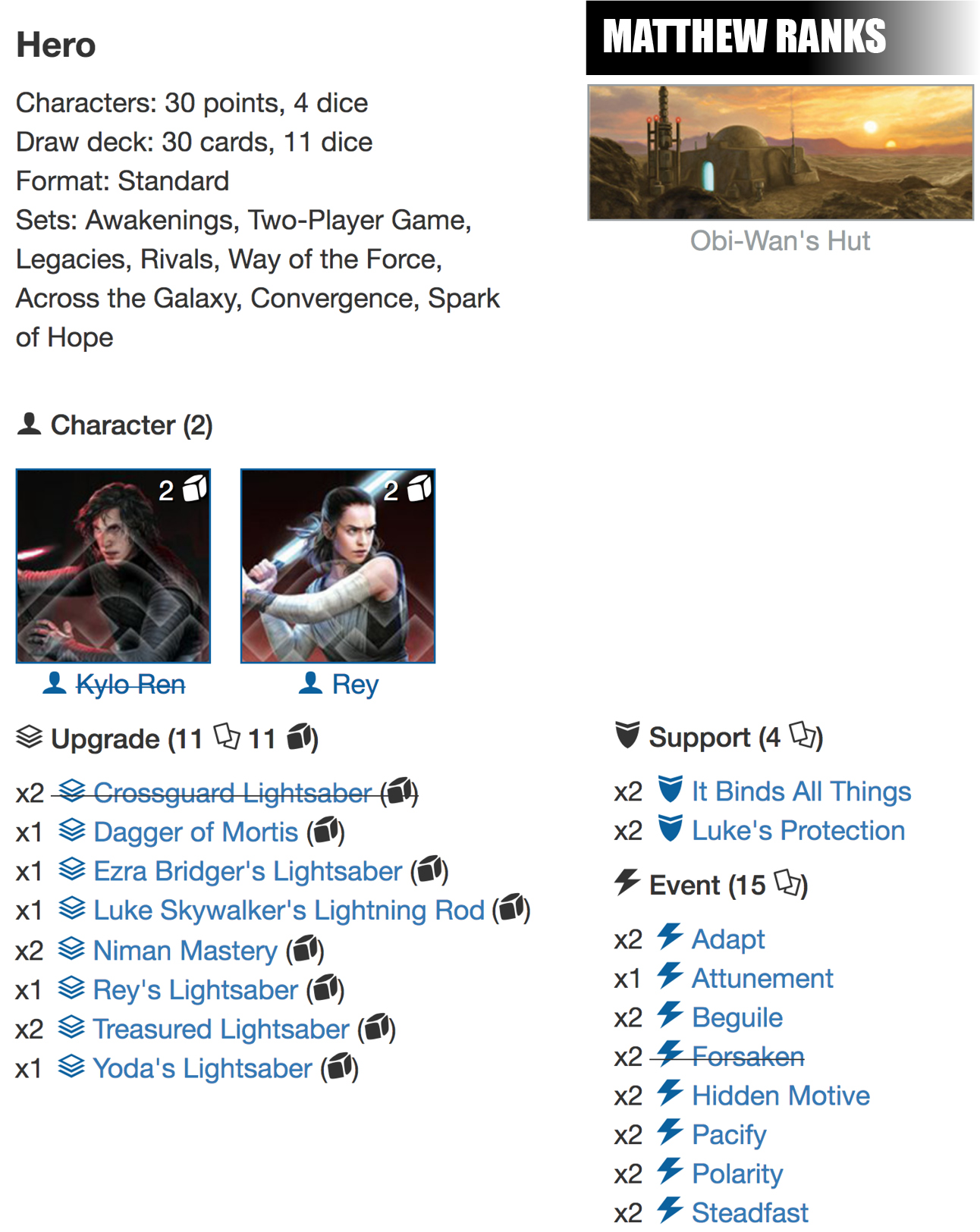 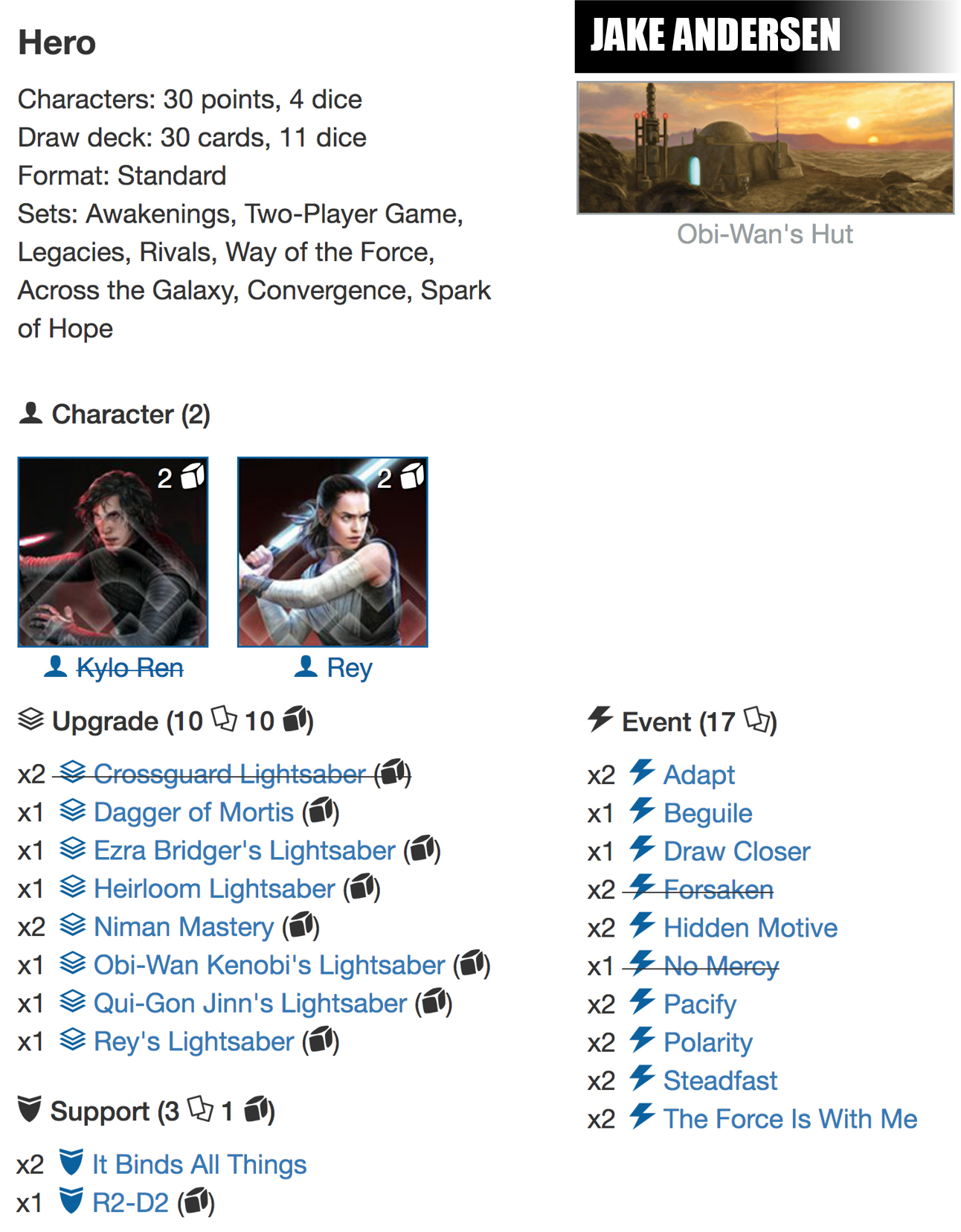 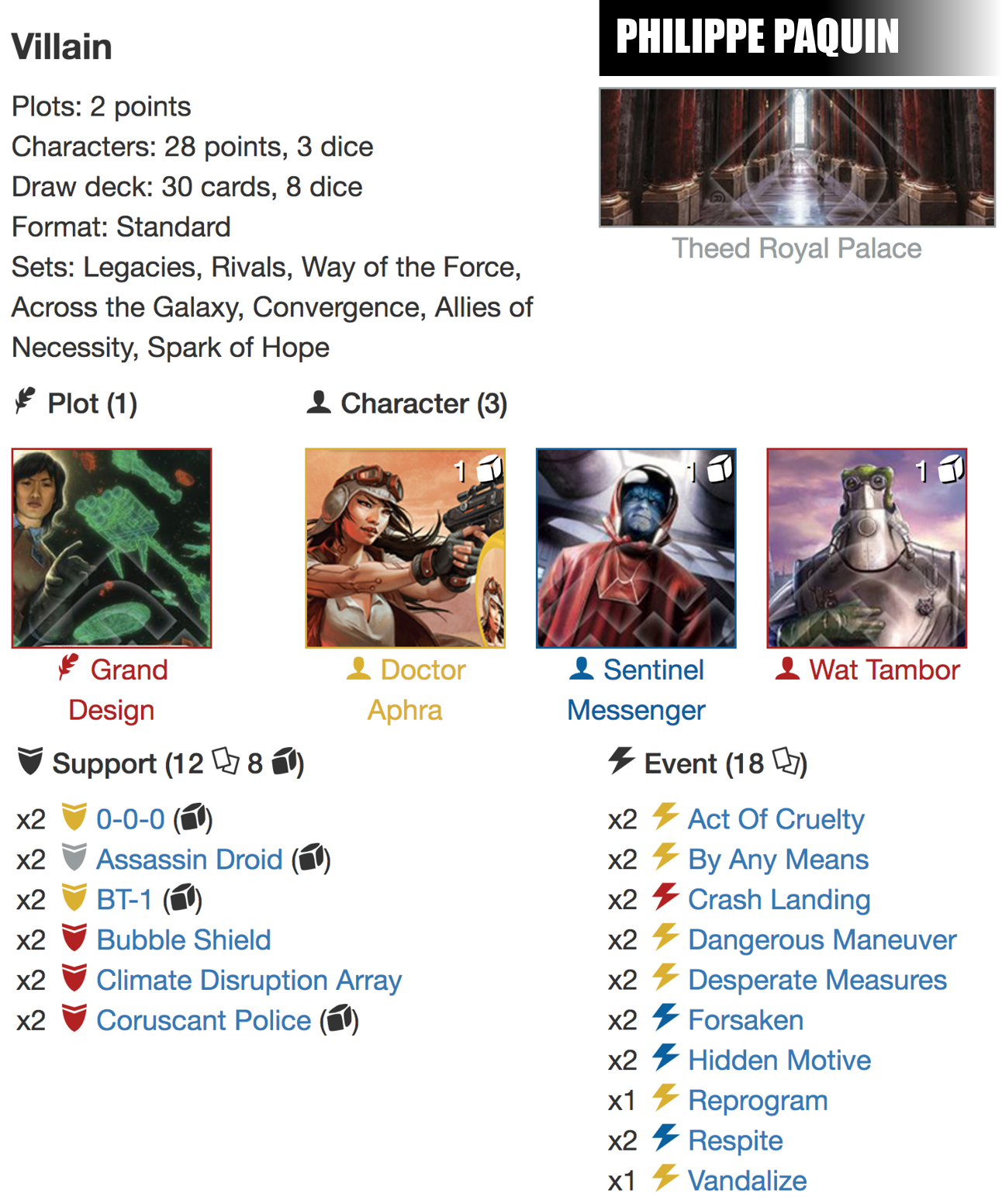 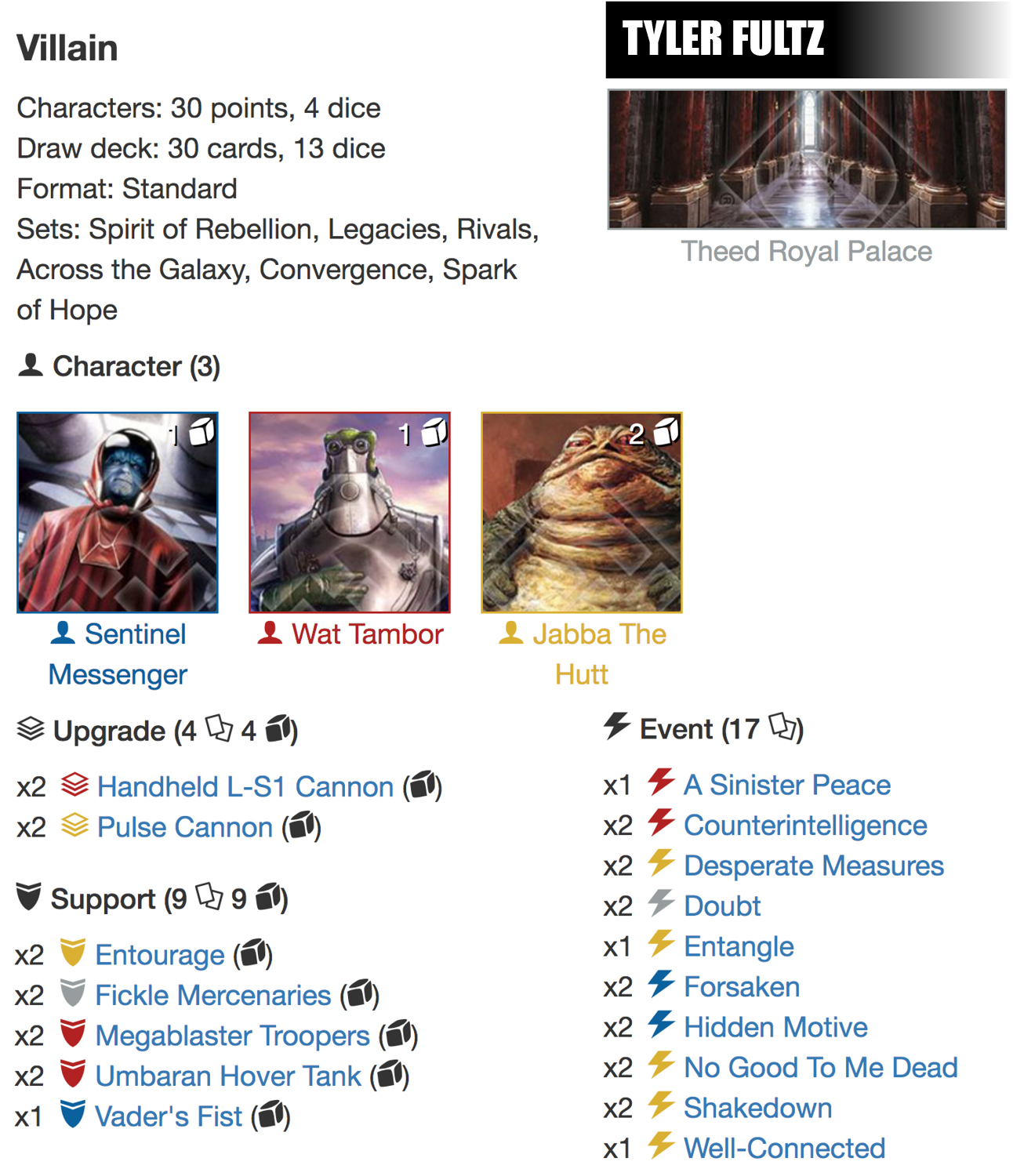 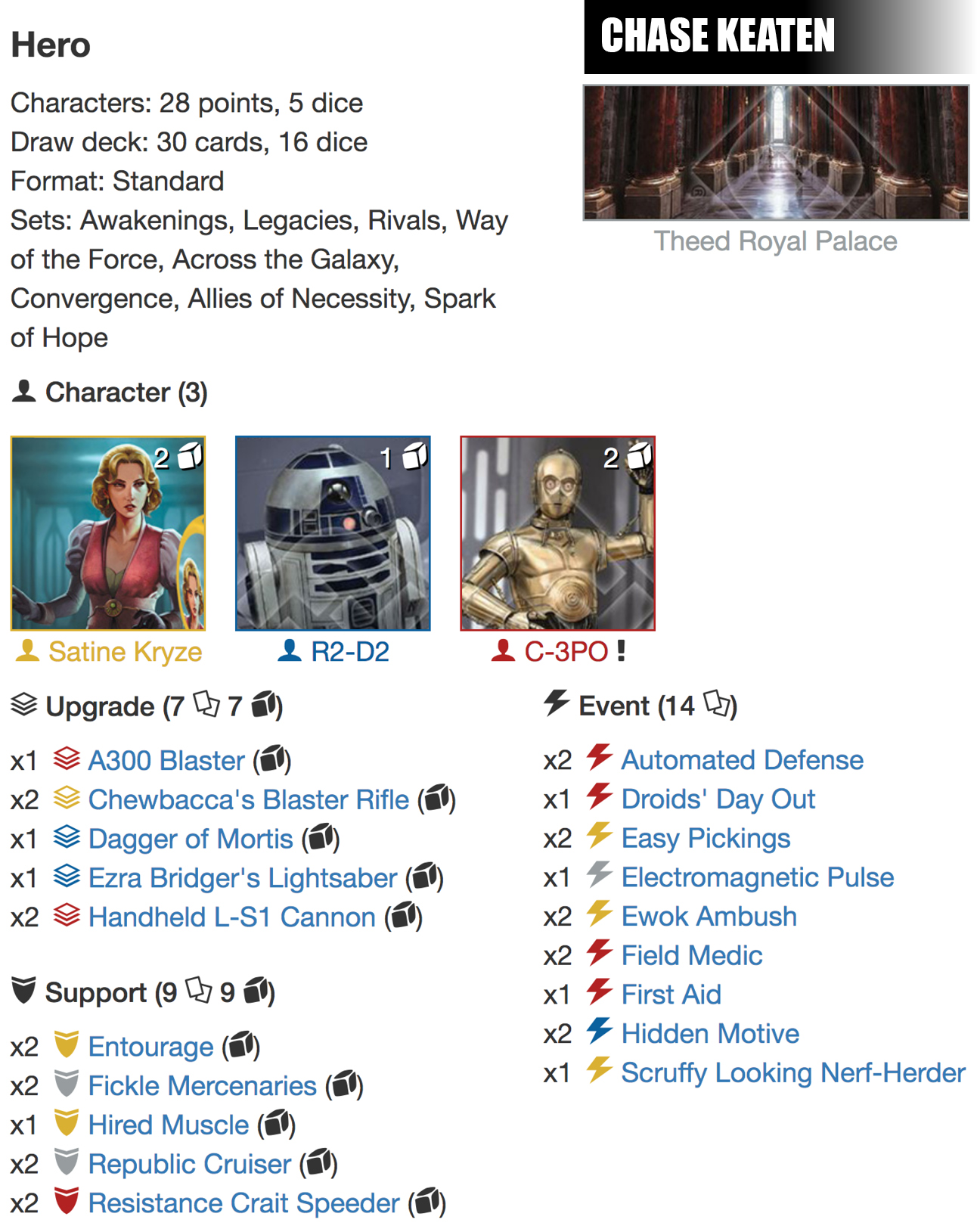 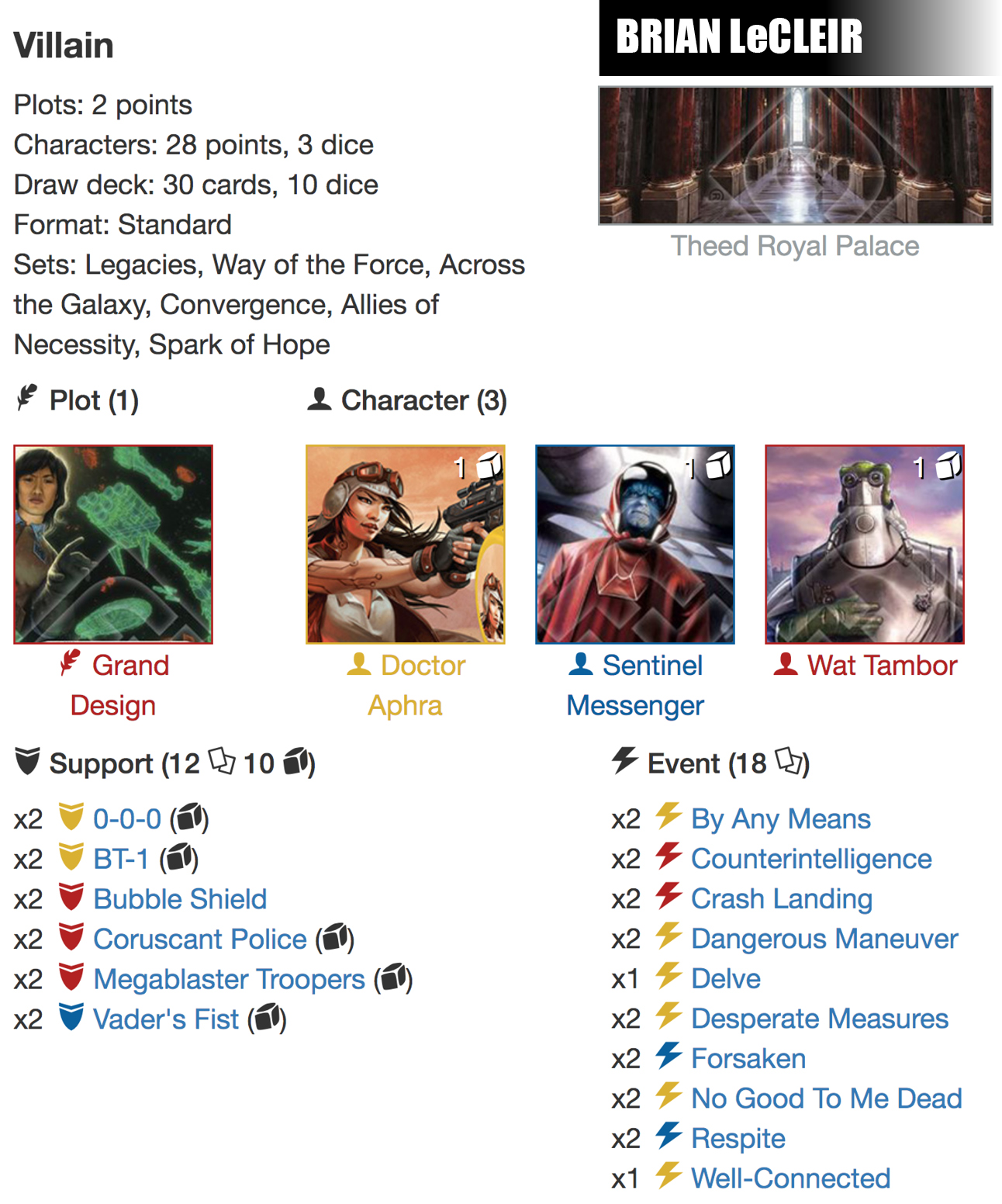