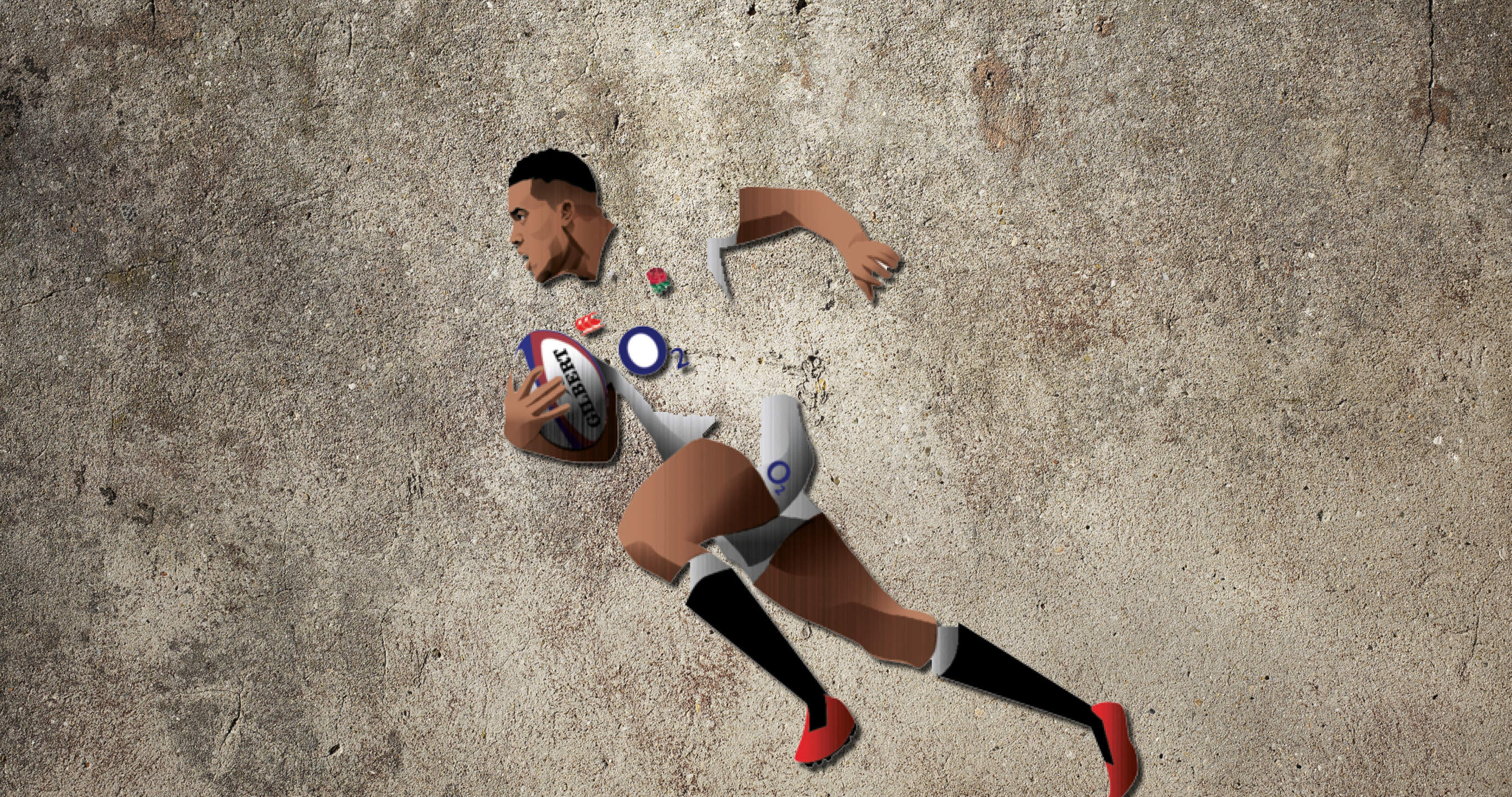 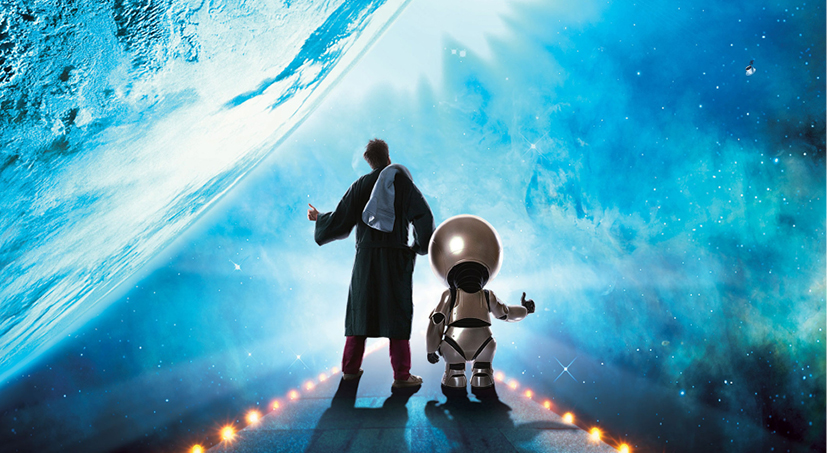 SO LONG AND THANKS FOR ALL THE FISH!So this weekend marks two very important things on the Destiny calendar for me.
Maybe one day I'll find time to sit down and go over all the different metas we have had over the last 2 years! I know a number of players have joined us in recent times and didn’t get to enjoy the glory days of Jango/Trooper/Trooper.
GALACTIC QUALIFIERToday, I want to talk about the Galactic Qualifier - the changes to the format and just generally my weekend of Destiny!

Unlike other Galactic Qualifiers around the world the ones in the UK will not be held at Gaming Conventions which means you get to sit in a hotel that hasn’t been updated since the 1950s (including the chairs we had to sit on all day), but I digress, my point is once you have been knocked out of the double elimination all you can do is watch or join a POD. Now Standard and Trilogies pods were free this event, which was nice, but capped so that you could only join a pod every 1hour 30mins to stop ticket farming which was also good. However, winning a Pod 3-0 netted you 4 tickets - the same amount as a single win in the Galactic Qualifier. 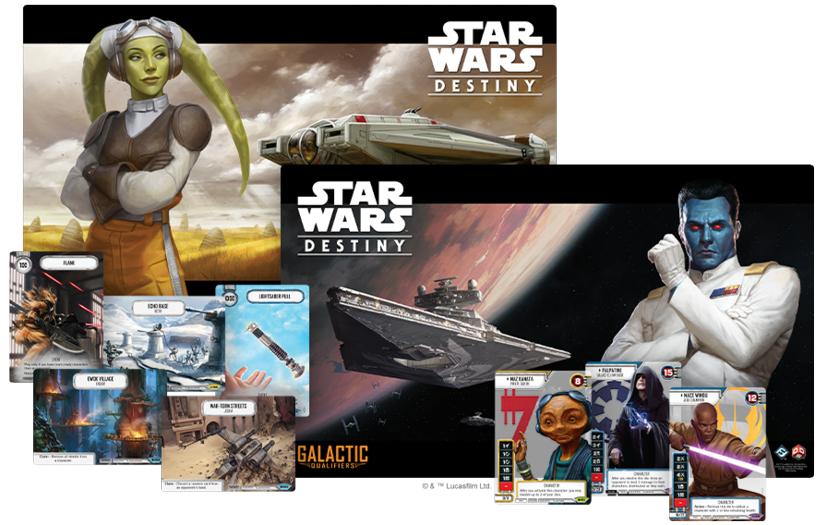 So that brings me onto the format change from Double Elimination to Swiss, based on the event I went to last weekend this is a great change. Being able to play that extra round to net an extra 4 tickets a tournament is equal to an extra spot gloss over the whole weekend. It also offers everyone a better chance at getting more tickets per hour of play than doing Pods. So it's a great change which I will welcome for the next UK Galactic Qualifier in April 2019.

I didn’t manage to take home a win this weekend, nor did I make it to the 6th round in any of the 4 Galactic Qualifiers. In each attempt I lost my second game in round five which meant I didn't get any time to play in a Pod unless I wanted to skip lunch (which for people who know me will realise is never going to happen. I really enjoy my food!). 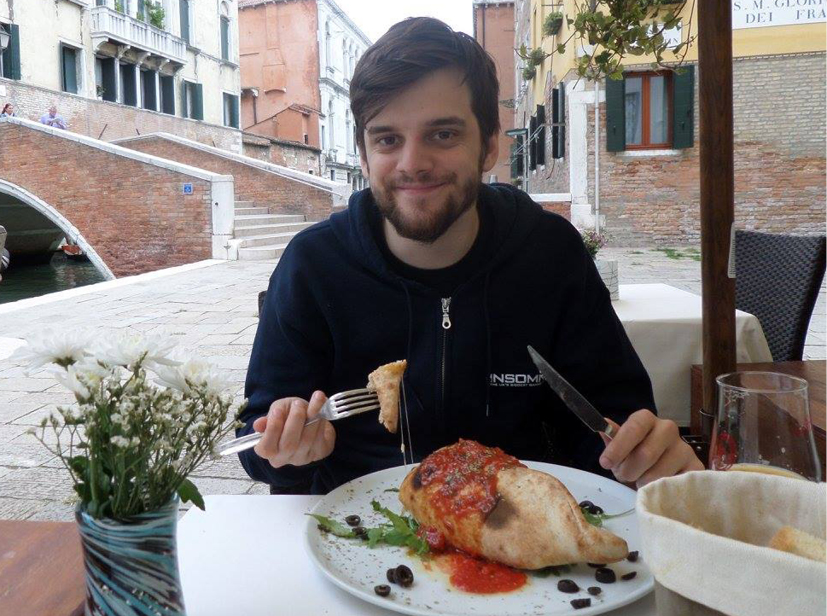 FUN FACT: I have never topped swiss in a large scale tournament. I always pick up that one or even sometimes two losses along the way to getting one of my many titles, which these days I am having to start adding 2017 to the end of as I've thus far failed to retain them... #LiveInTheGloryDays

Now I'm not really to upset that I didn't win a Galactic Qualifier this weekend, obviously I'm disappointed in my performance but a paid event ticket isn’t really my concern about going to worlds 2019. It’s the flights and accommodation. With Regional season is coming up where you can get a reserved seat for a win or even, if push comes to shove, I can't see myself not getting a ticket in the lotto.

A HORRIBLE METAWhy am I not upset about climbing into the bin 4 times this weekend? Well it’s the meta. Currently the way the game is played has moved on along way in the last 6 months. For me, I like to play midrange damage decks for instance Phasma1/Bala/Trooper (Awakenings) or Stairs Post-nerf (Legacies) - decks that you ramp into upgrades while using powerful removal to keep you alive until you can dice opponents off the table. For me that is what Star Wars Destiny is and I'm so glad that the game is different for everyone which allows us to go to a tournament and see such a great selection of decks.

I just couldn’t find the deck that I clicked with for Way of The Force personally, which meant I just haven't been playing the game as much as I did before. Luckily for me though that looks like it's all about to change with Across The Galaxy, and after playing Trilogies for the last six weeks I’m very excited to put the hours of testing in to get my deck ready for French Nationals 2018 (still no Rules Reference update by the way, Help me FFG you are my only hope)!

Also a big shout out to my fellow teammates Steve Thompson and James Adams, who both went 5-1, very close run from both.

I’ll finish up just showing you the decks I played this weekend, but I won't go over them as thankfully this meta is over, but also there's nothing that anyone hasn’t seen before.
STANDARD EVENT DAY 1: 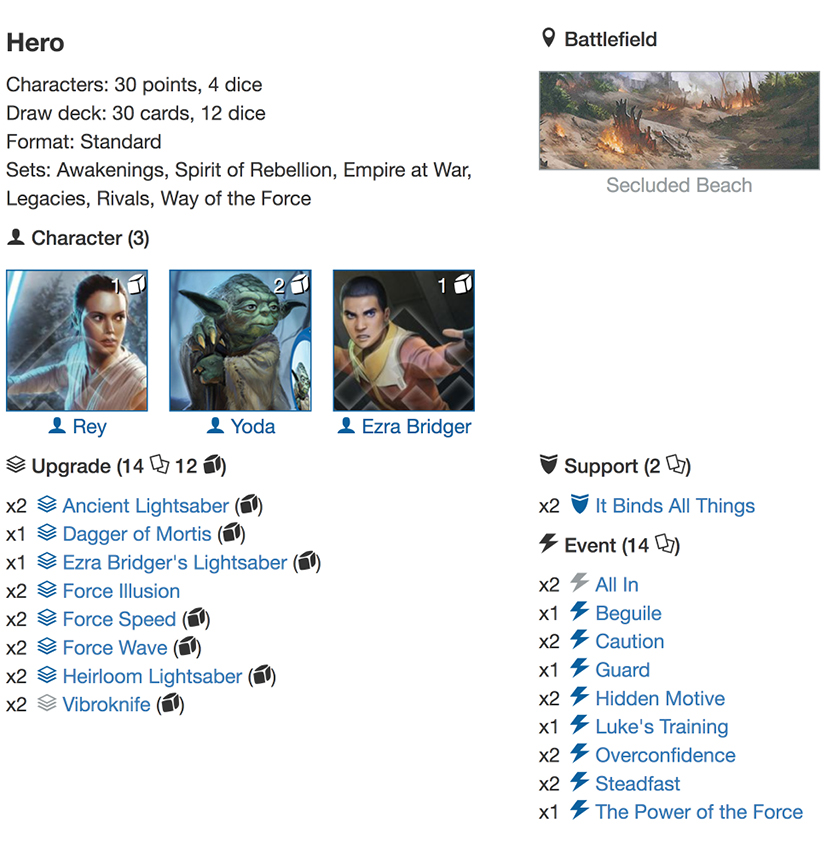 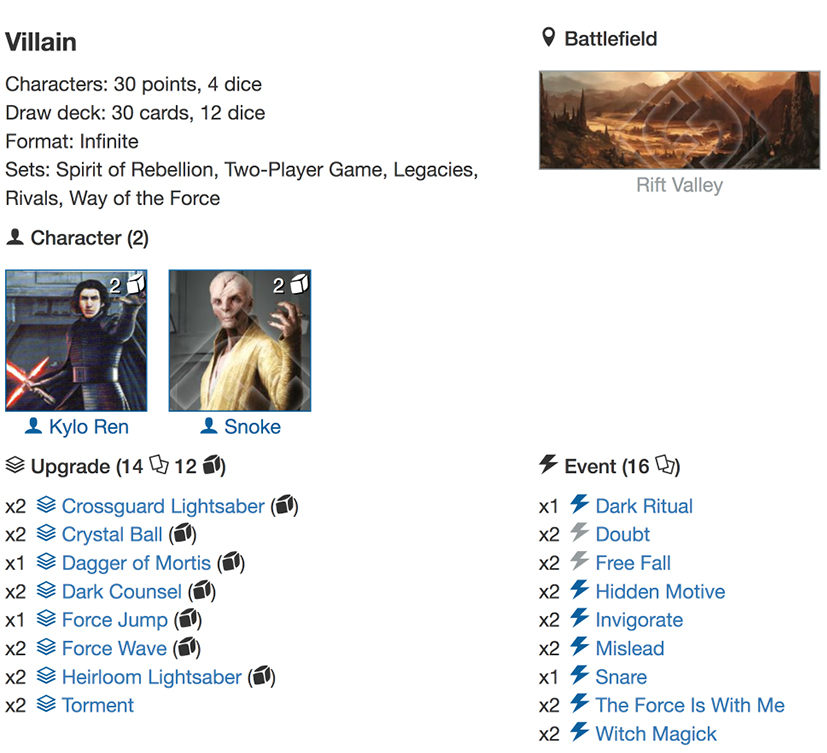 Quick mention on this deck, In the bar the night before Day 1 we were talking with Chris Hudson about Kylo/Snoke and explained about going heavy odds and running Witch Magicks and Rift Valley as this combo will save you easily 10 damage over a course of the game. (unless like me you shuffle your Witch Magicks to the bottom of your deck alot). Chris made the changes for his own deck and went on to win the Day 1 Trilogy event so I'm glad our testing went on to help a fantastic member of the UK Destiny Scene and host of The Garbage Will Do Podcast.
STANDARD EVENT DAY 2: 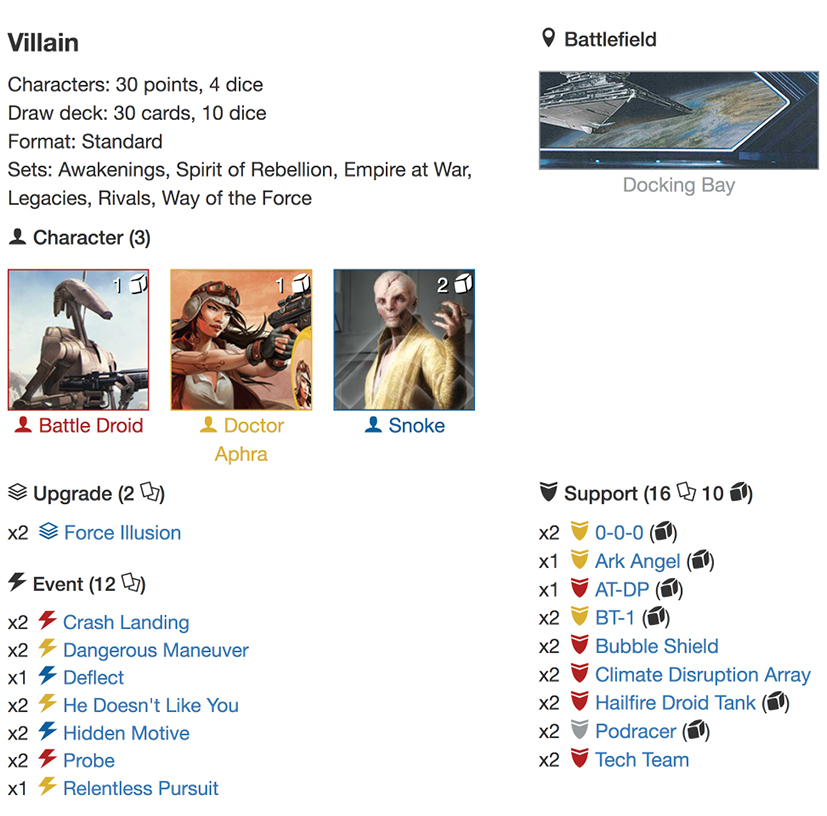 To close up, a few people have asked along the weekend what has happened with the Three Man Meta - this has an easy explanation - it is no longer a Three Man Meta! It’s become more of a Seven Man Meta, so we feel that the format of James, Leighton and myself chatting over an hour doesn't accommodate the group anymore.

We are discussing about having a rebrand and changing the format so we chat while we play Destiny on Wednesday Nights! Watch this space!