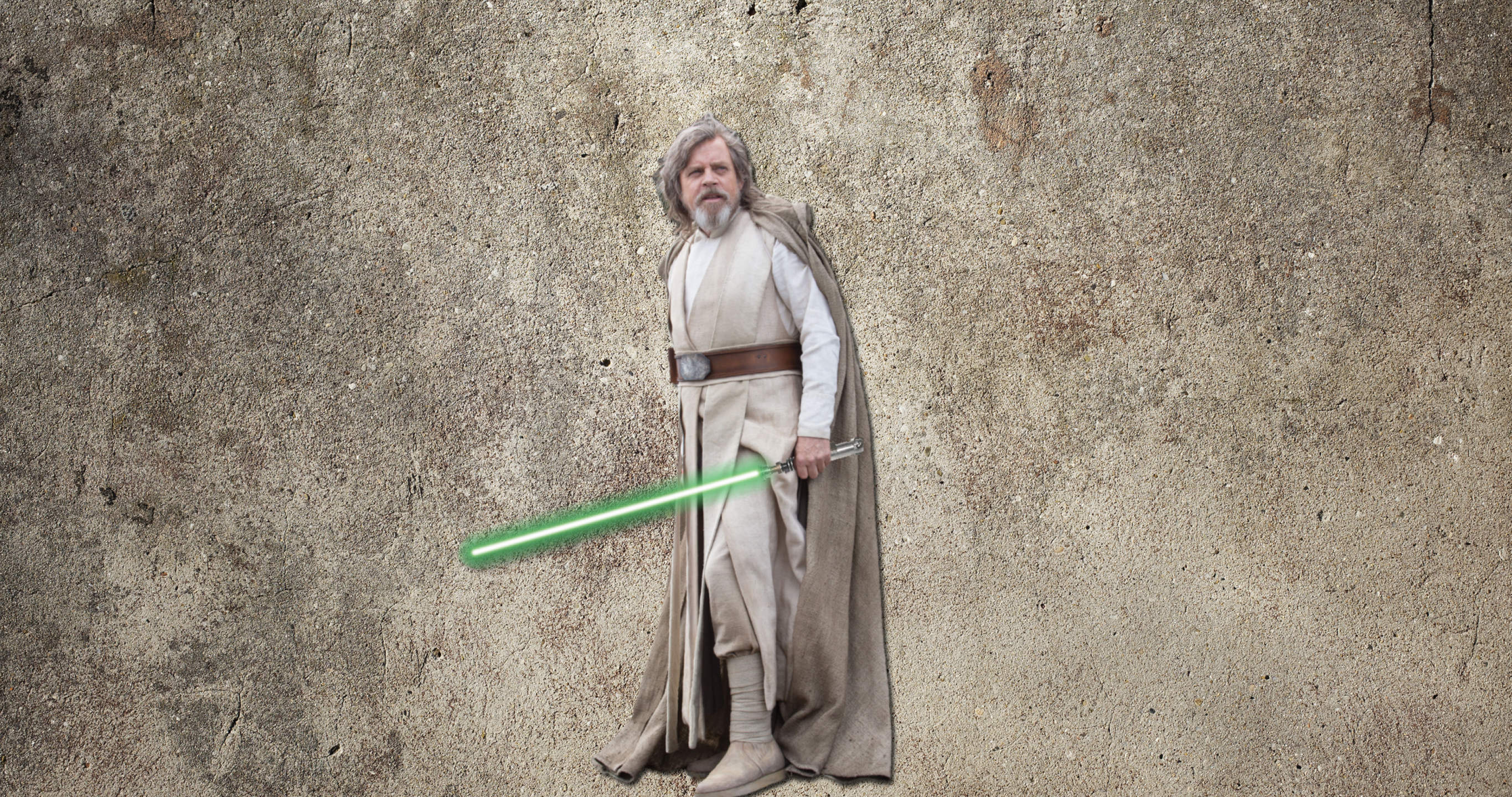 Sorry, I got distracted by KeyForge for a moment there.

Right, back to the business at hand.2. CHARACTERS:I love LUKE SKYWALKER - RELUCTANT INSTRUCTOR. Love him. Such a great die. Great health. Elusive die sides that evade lots of mitigation. A Power Action that… Hmmm.

Luke’s Power Action has always felt like a bit of a trap. The idea of playing a list heavy with
Force Abilities wasn’t particularly appealing in the last meta, largely because you always risked
losing your investment when the attached character bit the big one. Luke could mess your
opponent about by moving things but that kind of trickery has limited value. 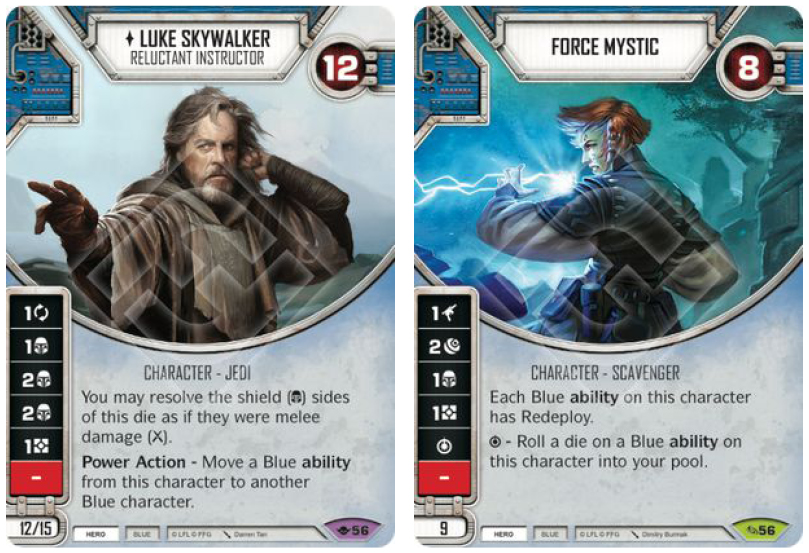 But the FORCE MYSTIC has given us a new found reason to play abilities by giving them all Redeploy. Their Special also gives you a chance to recycle those dice and with their low 9 point cost, it means we can play 2 of them alongside single die Lukey Boy.

The other reason Blue abilities are a little more viable in this set is that we now have more options to choose from too. We can include, Counterstroke, Force Lift and Shatterpoint if we want to, all of which might have a place in the right deck.

We might have a solid toolbox of control options to really put pressure on our opponent.
3. FORCE ABILITIES:Let’s have a look at our gear:

COUNTERSTROKE:
A new ability on the block. 2 cost which is pretty sweet. I have to say that I like this ability but I’m not completely sold and certainly wouldn’t include it in any old deck. The reason I love it here is that you can pretty confidently stick it on your opponent’s current target. If you throw it on Luke straight away, and Luke isn’t their target, you simply move it to the Mystic they’re focusing down. If you can ensure that you will resolve this die after damage every time, it becomes very good value. You get an extra action and huge die sides in this situation. Even resolving two shields on that character between your opponent resolving his damage sides against that character feels great. You might not always have the cash to pay for the 2 for 1, but if it becomes a 3 for 1 on a free action, it’s still good value.

FORCE ILLUSION:
An auto include in any blue hero deck anyway. But you can really mess with your opponent’s head if they can finish off a character, because you have the option of just letting it die and shifting the illusion to the next target, possibly wasting big modifiers to try to mill cards and failing. Nasty.

FORCE LIFT:
Another new one. A definite meta call but tasty against a big support meta. Yes, it only hits 3 costs and under but there are a few options for that. If you can hit something with mods then that’s just extra value. The focus sides are great but you don’t want this one in every game or every meta.

FORCE THROW:
The most underrated card in Destiny? Maybe. Defence into attack here, and with such massive sides on dice these days from characters, upgrades AND supports, Force Throw feels very powerful. I would always run two of these in the deck because of its defence/attack potential and the fact that it offers big chances to deal serious damage. There’s lots of focus in this deck and you’re likely to be able to get this die in the pool and showing a special. That might make your opponent seriously think twice about rolling out his Fist or Shadow Caster. And that is a very solid play.

FORCE WAVE:
Huge against a 3 wide deck. Again, you might not want this every game but it packs a punch. Not to be underestimated.

MAKASHI TRAINING:
It’s only synergising with Luke’s shield sides, yes. But it’s a two cost. It can be used to remove melee sides. Worth considering. Also useful to have if you want to Force Misdirect melee for blowout removal. Again, meta call.

ONE WITH THE FORCE:
A blast from the past! When was the last time you saw this played? I know, it’s lost its edge in recent times but hear me out. I’m not a huge fan of looking for Honed Skills to add extra upgrades when you start to lose characters and these abilities start to pile up. Also, I don’t really want to be giving up 2 card slots for something that might end up proving entirely redundant. The toolbox nature of this deck means that you’re already including upgrades that aren’t as effective in every match up. One with the Force is just going to let you overwrite something before a character dies and drop it out as a support instead. Its sides are massive and work well with Destiny and with so much focus floating about, this turns a 1 into a 3 to really put the pressure on.

SHATTER POINT:
Hmm. Another new 2 cost upgrade. Again, very situational and a definite meta call. But taking advantage of Blue ability dice seems sensible in this deck and paying 1 to dump out a big gun or saber will feel really good in the right match up.
4. OTHER FORCE ABILITIES:These could represent other interesting Force Abilities to include in the deck! 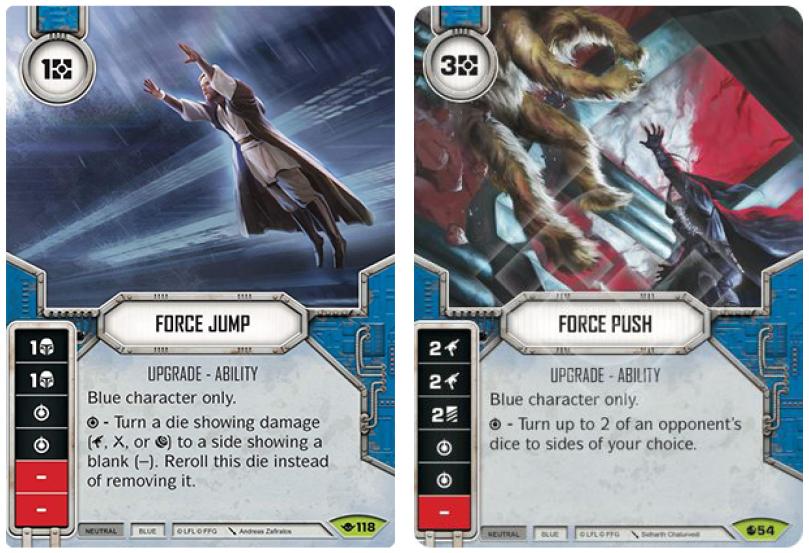 FORCE JUMP:
At a 1 cost, this could be an excellent call and mitigate a whole host of problematic dice. I just worry that it isn’t strong enough to stay on the table for long before being overwritten and I want a range of more powerful abilities.

FORCE PUSH:
Another solid possibility and worth considering. Turning dice just doesn’t feel strong enough these days when so many dice have so many good sides waiting for a reroll. Better against Vader but it leaves their dice, removes yours and doesn’t deal damage.
5. WHERE TO GO FROM HERE?The Force Abilities are entirely your call here. How brave do you feel? How well do you know your meta? And if you’re thinking that this deck just doesn’t seem to have poke, remember, early game, you should be resolving all these abilities at least twice on the first turn they’re played, sometimes 3 times if you hit that special on the Mystic. 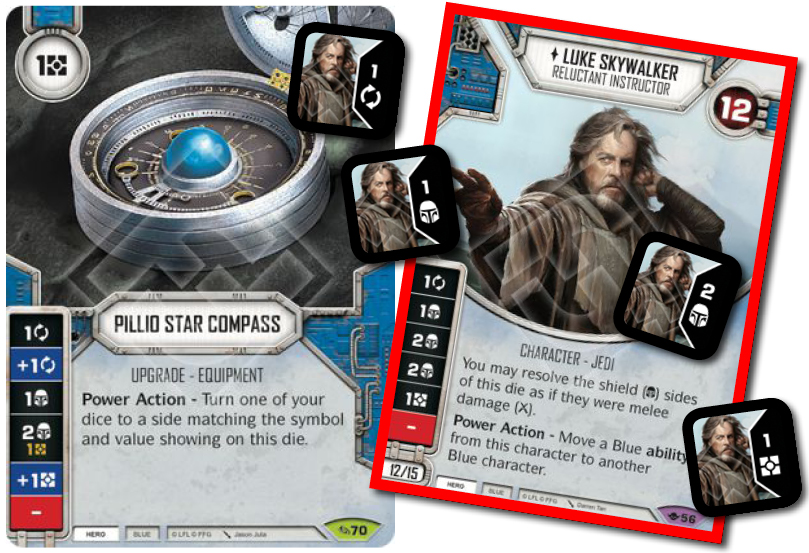 Luke’s Shield sides are even more versatile in this deck as there will be times when 2 Shields looks pretty appealing. If your opponent chooses to focus on Luke Skywalker first, they run the risk of leaving your big abilities on characters that can roll them out twice.

Speaking of Luke Skywalker, I’ve also included the Pilio Star Compass in my suggested WIP Deck List. I still think this is a very solid 1cost in any Luke3 deck since it synergises perfectly with his die. Truth is that it also fits pretty nicely with a lot of the ability dice too, helping you ramp your resources early game and find Focus sides later on. 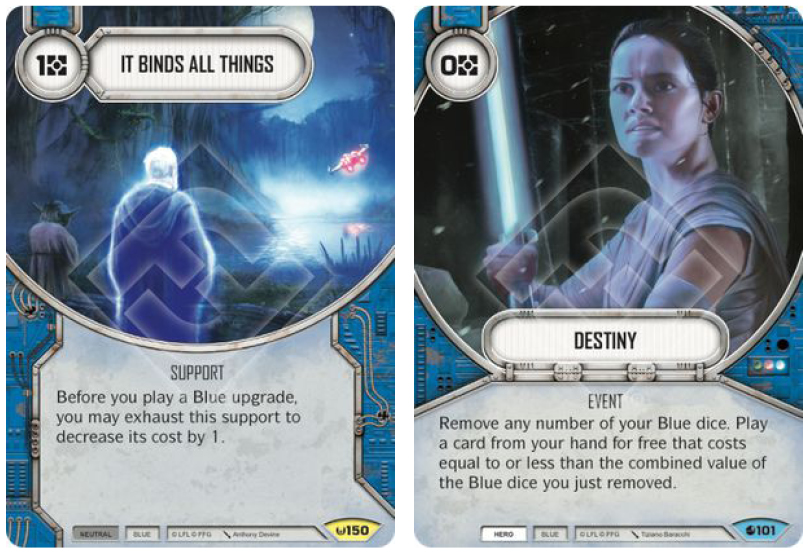 We do want lots of dice out as quickly as possible so a hefty ramp suite is good. It Binds All Things and Destiny are both options. Choose your favourite. Luke’s Training is perfect for our plan and that works alongside IBAT but there are some big sides to take advantage of with Destiny.
6. BATTLEFIELDEmperor's Throne Room seems about right for the battlefield. Lots of options to claim and remove dice, upgrades, supports etc.
7. ROUNDING OFF:It’s early days with this deck but it does reward a good knowledge of the meta and it can
hold its own by completely scuppering your opponent’s plans. This is the sort of deck that is
worth trying out, but come back to it in a few weeks, once the meta has cooled a little and
see how clever you can be picking out the right tools for the job.
8. SUGGESTED DECK LIST: 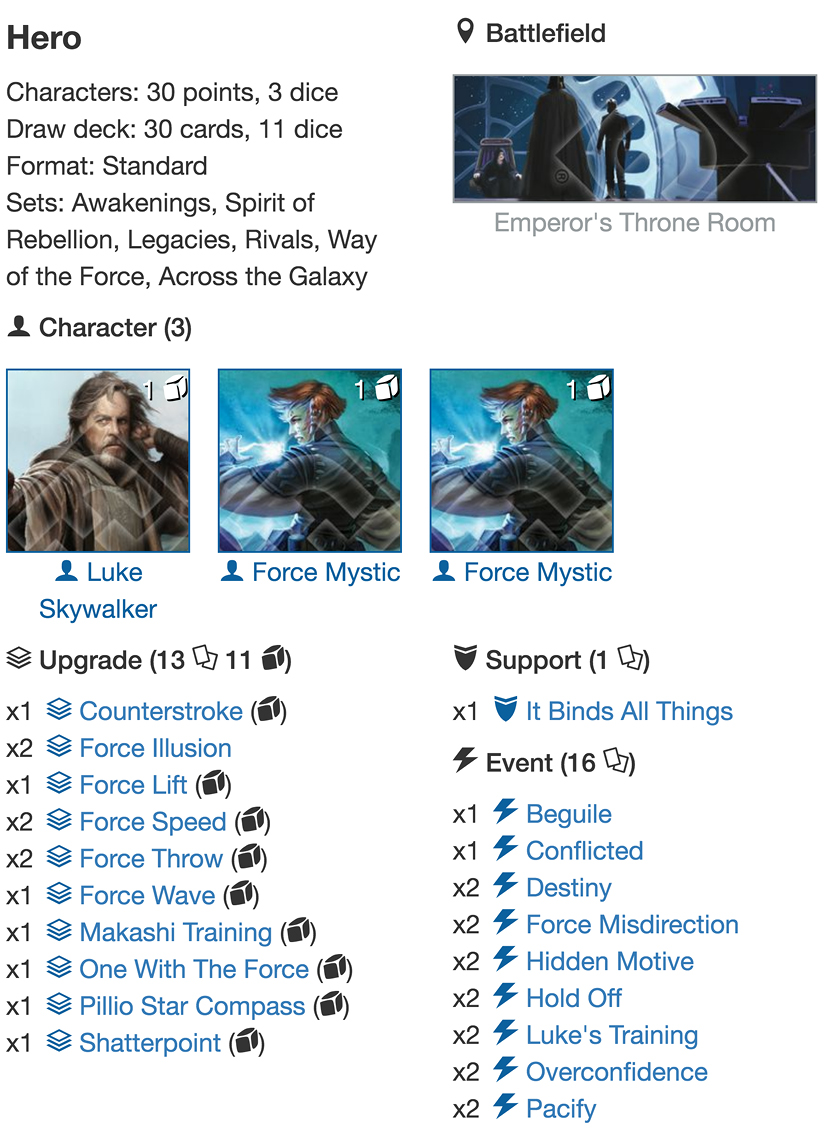