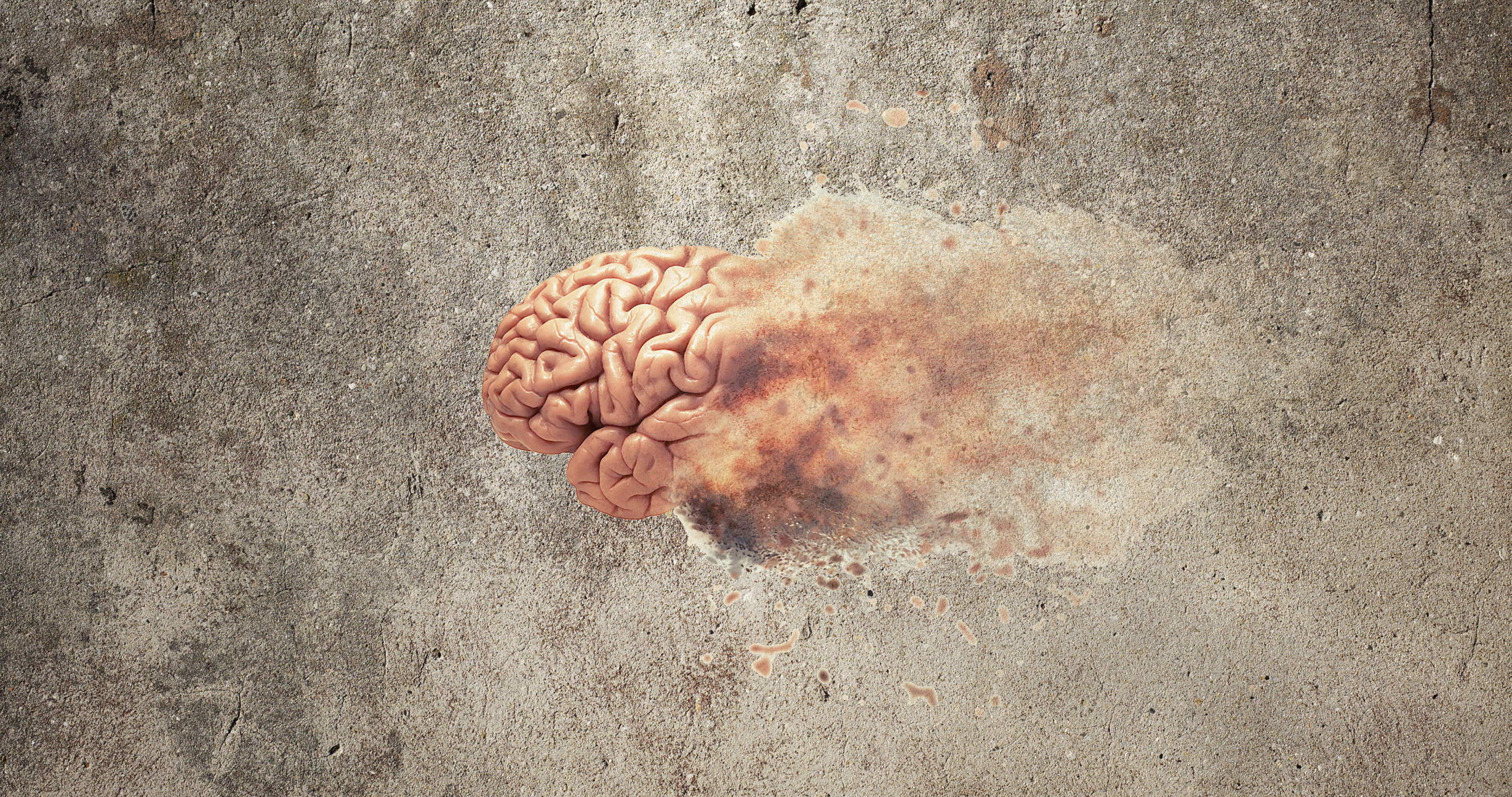 1. 'OTK' MEANS ONE ROUND KILL!'OTK decks', referring to decks that can reliably defeat an opponent in one turn (so One Turn Kill), which is obviously meant to be “ORK” (One Round Kill) are not a new phenomena in competitive card games. It started in Magic the Gathering with the good ol' Channel/Fireball combo where you'd kill your opponent outright in the beginning of the game. Since then other combos came, but I had left the game by then.

Destiny is no different, and while we’ve ‘always’ been subjected to decks that have attempted this strategy, i.e. Joe Colon aka HonestlySarcastc's famed BrOTK, a reset deck based on the power of Seventh Sister and her ability to roll Seeker Droid dice into the pool combined with the power of Maul’s Lightsaber, which at that time was unrivaled in pure destructive power.

Eventually, a simple errata to Maul's Lightsaber as well as a meta that actively sought to curb the power of the deck took care of business. The deck remained strong in its own right, but never again reached the dizzying heights of its former destructive self!

But the search continued and loads of attempts were almost successful (i.e. the Launch Bay OTK). Until now it would seem ... Since the release of Across the Galaxy, 3-4 decks have been competing for top spot as the best OTK deck, and I guess we are there ... and it's not due to the combined minds of loads of great deck builders, it's because ...

2. IT'S MORE LIKE GUIDELINES ...The RULES for Star Wars Destiny are not poorly written ... this is not to say they are well-written either, but the Rules Reference is relatively accessible, covers most things and can be understood by most, but the cards on the other hand are ... well ... let me put it this way, I have two girls, age 11 and 13, and they usually make much more sense than Star Wars Destiny cards, which is a pretty destructive comparison to be losing. As a gaming company that's really not where you want to be.

I've written several academic articles as well as contributed to books over the years, and while my strength is in critical analysis, I realise and willingly admit to the fact that my weakness is in writing in a way that can be readily understood by others! Which is exactly why I ally myself with people who might not be experts within my field, but do master the skill of communication in writing. They edit my material and make sure that it takes effort to misunderstand it, and IF (when) it's misunderstood, it is likely due to the reader and not me.

I guess reading rules and comparing it to printed cards in Destiny must feel like that Matrix scene where Neo is offered a choice between "the red pill and the blue pill", which as a pop culture reference means choosing between:
We are supposed to eat the BLUE PILL! And if we do ... well ... then all is good and well! So it seems. Eat the RED PILL though and start tumbling down the Rabbit's Hole!
3. LIKE THE DEVIL READS THE BIBLE ...It could of course be argued that some of the issues stem from players reading Destiny cards like the Devil reads the bible. Basically, deliberately reading and interpreting cards in a way that manipulates their intention to their own benefit, notwithstanding the many other 'positive' interpretations possible! And while I do not disagree that some might read it that way, the mere fact that it CAN be read like that proves a point!

This exact argument could be attributed to the current discussions on the possible readings of QUI-GON JINN'S LIGHTSABER.

If you have eaten the BLUE PILL, the card says:
So, once per round you may exhaust this upgrade to give attached character a shield after one or more shields were removed. If attached character happens to be Qui-Gon Jinn, you may draw a card after exhausting the upgrade. Easy-Peasy ...

If you have eaten the RED PILL, the card says:
So, you MAY draw cards whether or not this upgrade has been exhausted. Which then means that it always allows you to draw a card after 1 or more shields are removed from the attached character IF that character is Qui-Gon Jinn. 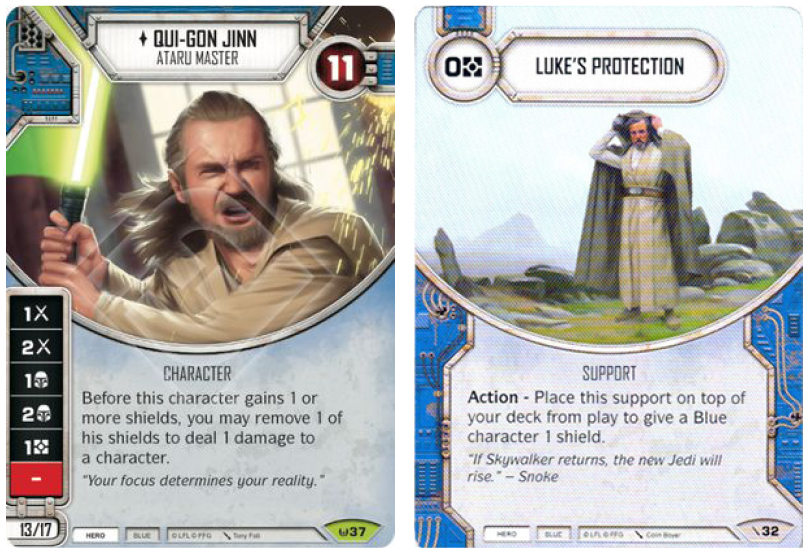 The combo has already been debated extensively on various Destiny sites as well as on social media. I'm not going to bore you with details on the deck. AND YES, anyone who reads the Qui_Gon Jinn's Lightsaber that way does read it like the Devil reads the bible. But it would seem then, that the Devil is not some illiterate doofus ... And he's not entirely wrong either.

Ah, there could also be the argument that the punctuation in the text of QGJ's Lightsaber was not to be understood as a FULL stop, but rather as a conditional sentence to the entire first part, so it can only be read in conjunction with that, but a yet unofficial clarification from Jeremy Zwirn on Tobias Beckett's Special (and yes, it is just rumours and by no means validated by FFG, but could substantiate the vicarious second reading of the card):

(The mail and response has been fully anonymised and does look like bogus - I assure you, it's not!)
4. WHY DOES THIS MATTER?It matters for several reasons:

First of all because it underscores a point made earlier, namely that whenever you don't think you can do the job right get help from people who can - that way you can concentrate on doing what you are the best at! Just like I hire people to help me clean up my mess of an academic language so it can be understood by others.

Second of all because whereas a number of other OTK decks required training, practice and the skill to make them succeed consistently despite their inherent power level, this deck can literally be played by a drunk monkey. 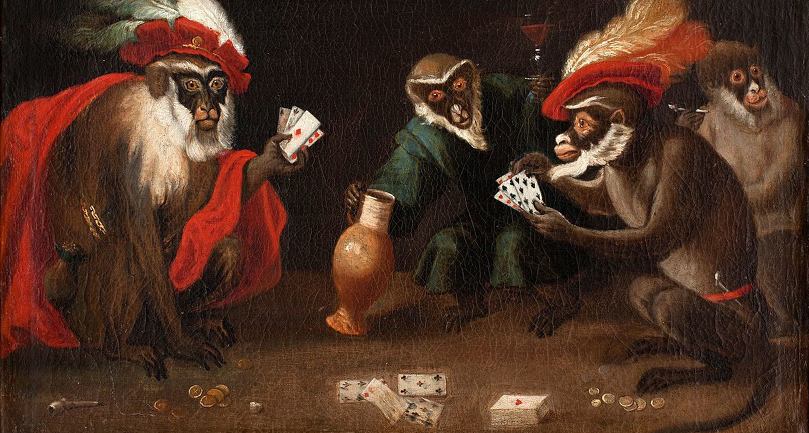 You literally just need to draw a Qui-Gon Jinn's Lightsaber (you have five shots in your initial draw) and a Luke's Protection ... that's it! Do you think you can manage to do that?

Thirdly, because 64 players are going to converge on the capital of France in just 6 short days from now, playing a full day of Destiny for a reserved seat and a flight paid in full for Worlds 2019. Some of them are flying in from various parts of Europe! And it's not to enjoy the Eiffel Tower! If I were amongst them, I'd bring a constructed and sleeved QGJ deck, just in case nothing is done about it ... Can we really blame them? Unless of course someone manages to break the deck beforehand. 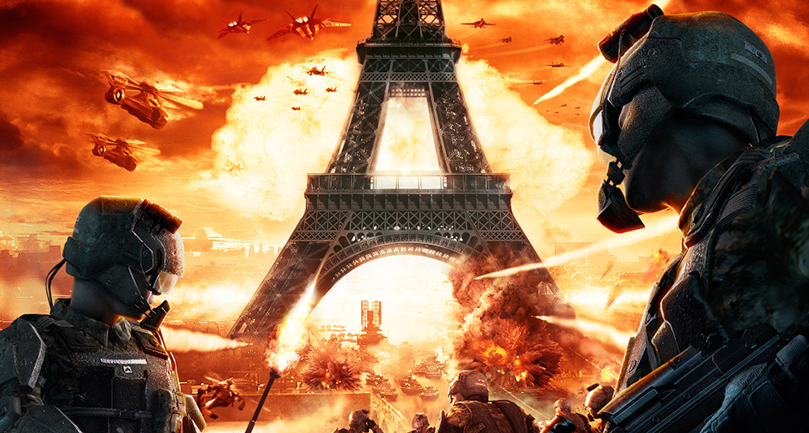 5. WHO'S THE JUDGE OF THAT?One could of course use the argument that until a clarification - and hopefully a bunch of errata's - is issued that the individual Tournament Organizers/Marshals could make individual rulings on the various contended issues before any given tournament.

But to my understanding that is actually way above the paygrade of any TO/Marshal: 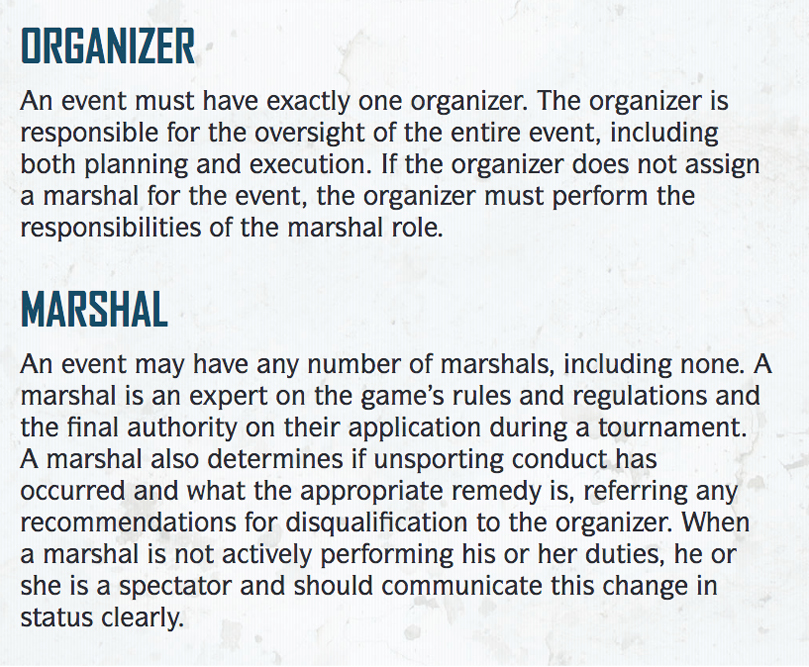 And is it really advisable to let a Marshal 'take the fall' for interpretations which can never fully be his or her direct responsibility? How can you be the "final authority" on somethings application when it is so obviously not easy to find common ground on HOW it is (not should be) correctly applied?
6. THE ETHICAL APPROACH:There's of course as always several 'outs'. The one I'm advocating in this article is the official definitive and unequivocal change of wording on the cards that are problematic and clearly being interpreted opposite of their 'intention', but as a bare minimum on Qui-Gon Jinn's Lightsaber. ENOUGH with the complacency.

Another 'out' is the pedagogical one or what I'd call the ethical one. That's the approach where we encourage players to "do the right thing".

Yesterday, for the first time ever, I refused to play against a deck on TTS. Don't get me wrong, I'm always up for a challenge, but I've already played against the deck on several occasions to test it out as well as doing solo-test-games. I don't need to test against it anymore. It's simple, stupefying and does nothing to develop my skills as a player.

That in itself should of course be a strong call to embrace the ethical approach. 'The problem with ethics' is that it only works as intended when people generally understand and follow the outlines of the system. In this instance, to me at least, it seems as if the system has been rigged: We all agree (know) what's right, yet it takes just one person to disenfranchise everyone ... and that at least is NOT right!