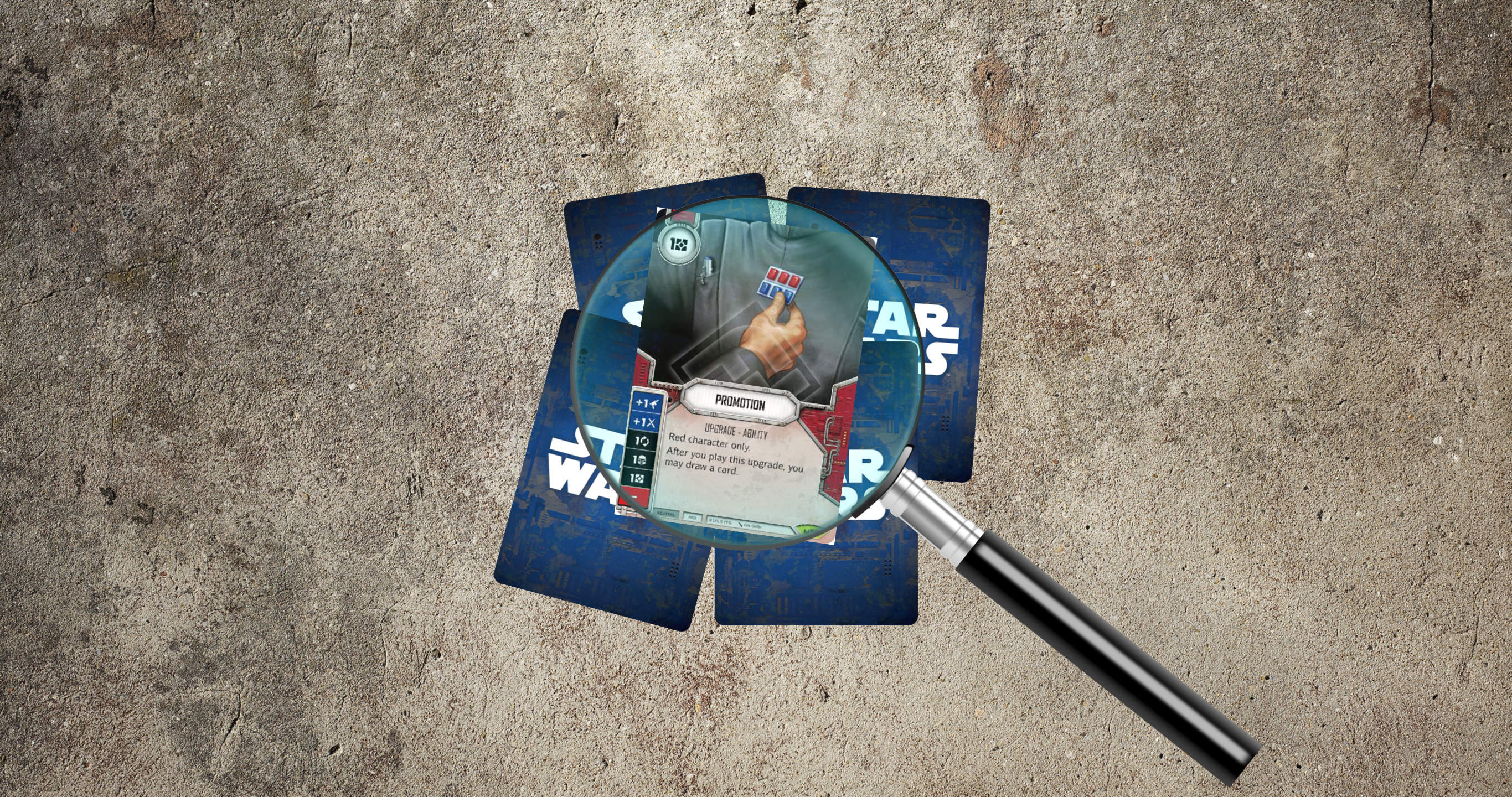 1. REVISITING SOME “OLD FAVORITES”: Destiny game mechanics are changing constantly, not only does the constant flow of new cards adding to the card pool (and eventually cards leaving the card pool when rotating out) change the meta when printed, new cards entering the card pool might also change the dynamics of older cards making them either stronger or weaker.

Furthermore the meta is also changing continuously (at least if the meta is healthy), whenever a new deck rises to the top, it shifts the metagame, making us constantly having to go back and reevaluate old cards to see if their value have gone up or down. 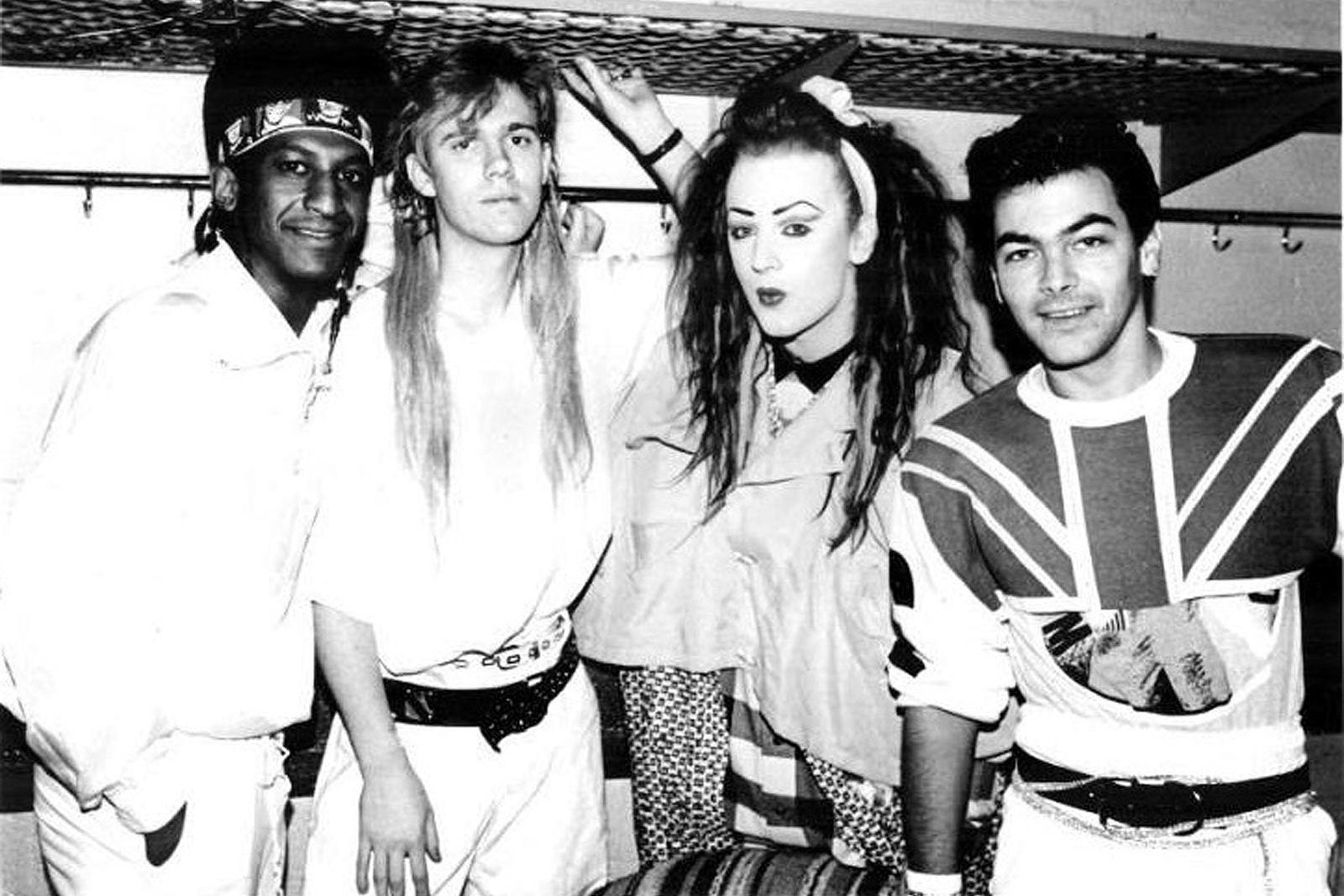 In the following article I will try to look at cards in a snapshot of the current meta (post US and German Nationals) considering the above mentioned shifting dynamics of the game as the basis for the reevaluation of the cards available.

I will try not to look at the cards solely in a vacuum, nor will I say anything about their respective power level. The goal is simply to analyse the game of Star Wars Destiny as it appears to me at the moment, and how this changes my previous evaluation of the cards available.
2. WHAT HAS CHANGED IN DESTINY?My slave master, functional manager, travel companion, play test buddy and very good friend, Claus, gave me the following assignment: “10 cards you should consider playing in the current meta?”. 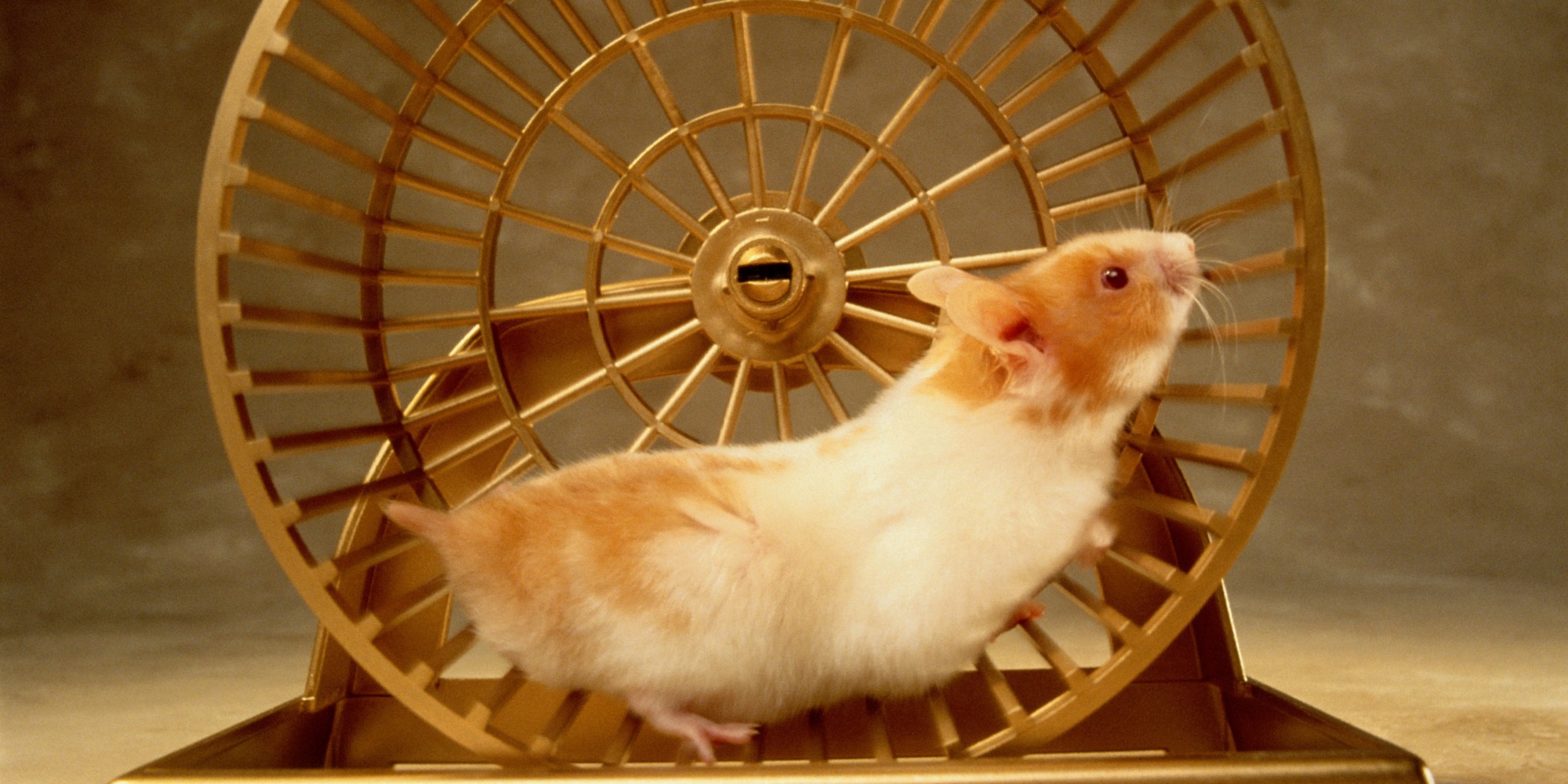 As I was pondering cards I should be considering, I finally gave up on 10 as a specific number, instead deciding to just list old cards I think gained A LOT in power level.

Chance Cubes and Snoke's Power Action on Resource sides, means that, a card like “FAIR” TRADE can easily steal a game. Even it you only switch one Resource, it is still great value for zero resources (your opponent has two resources and you resolve a die showing 1 Resource giving them that resource and stealing their two). But anything more early in the game is likely to put away the game. 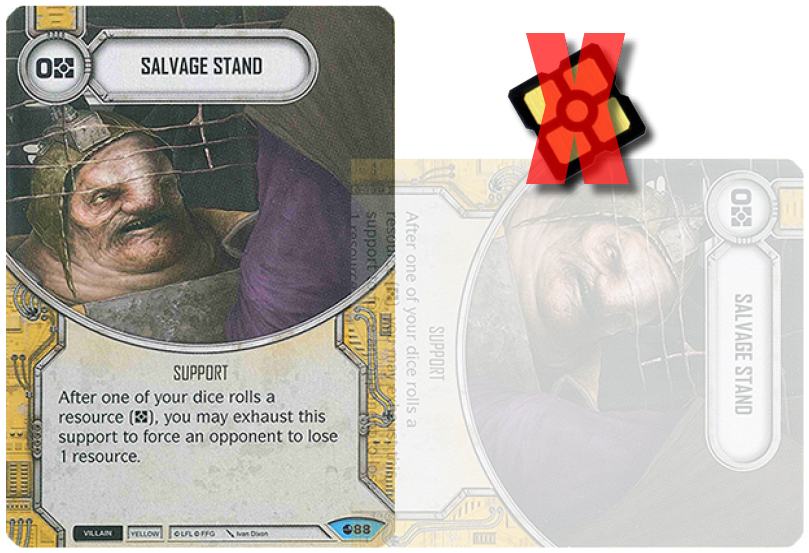 Your opponent is likely to have resources in their pool for a larger duration of the game, making SALVAGE STAND a consistent way to Disrupt them every round for almost no cost (if you have enough dice with resource sides). 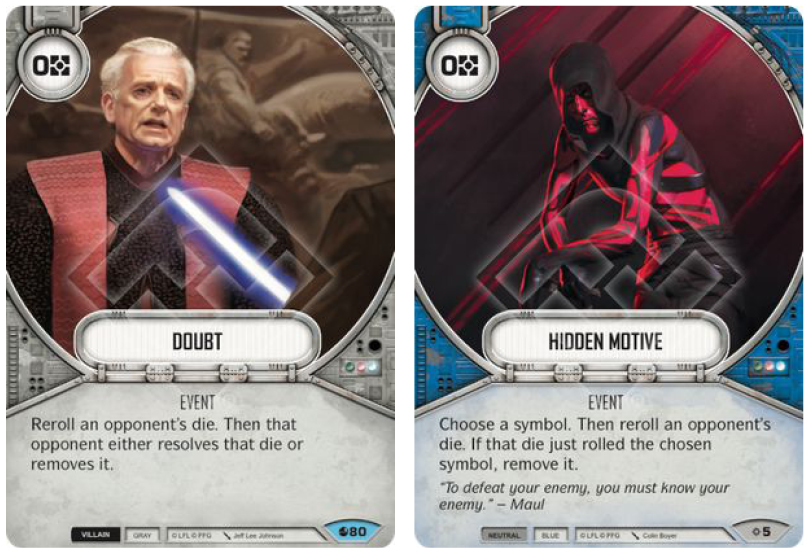 Being able to remove dice for zero resources have always been great in destiny, but with the increasing amount of Chance Cubes and the rising consistency in the guise of Snoke and Yoda, being able to reroll a die that have been focused into maximum efficiency for zero is a easy way to get ahead.   Both DOUBT and HIDDEN MOTIVE does this better than most other free mitigation. 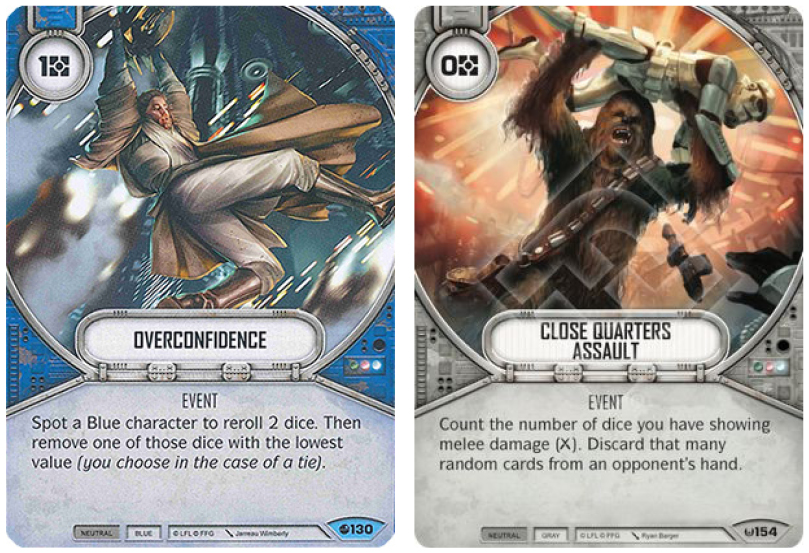 OVERCONFIDENCE is, as some readers of my articles and listeners to the YOUR Destiny Podcast will be aware of, is one of my favorite cards and a very efficient way to mitigate or reroll your opponent's dice, while also being able to fix your own. It is truly a very flexible card that have only gotten better.

CLOSE QUARTERS ASSAULT is absolutely bananas, and the slower your opponent is, the easier it is to set it up for those complete blowout turns. This was the strongest card during both Worlds and Euros 2018, and it definitely feels like it has only gotten better. 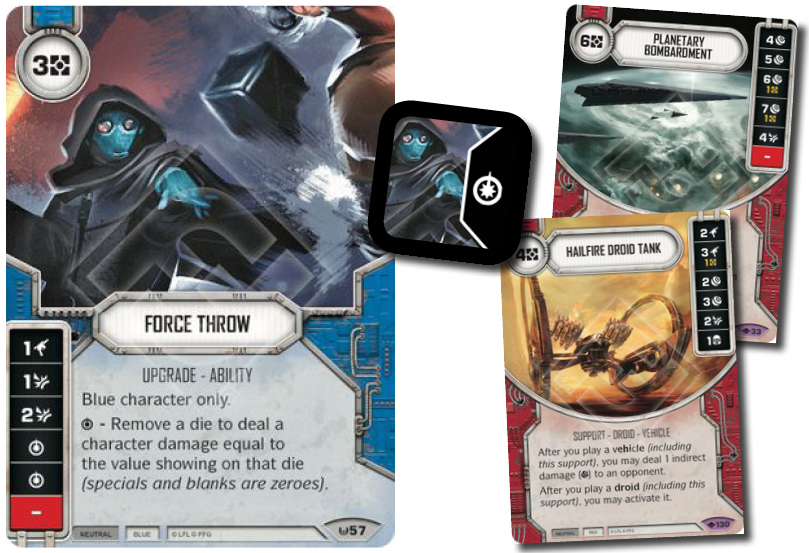 The game has slowed down, and the sides have gotten BIGGER. With a FORCE THROW Special sitting in your pool, your opponent is locked out of A LOT of possibilities. The Disrupt sides have also increased in value. Furthermore, it is a good way to mitigate dice against Mill decks without losing cards as well as inflicting damage simultaneously. If Indirect damage is continuing its rise in popularity, you are less likely to lose the character you the Force Throw on, while having bigger sides to throw back at your opponent. Play this card if possible! 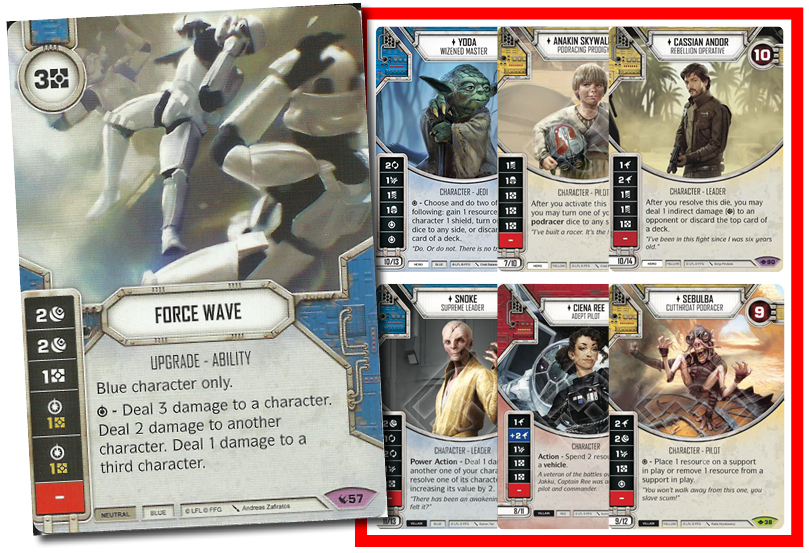 With the speed of the game slowing down, you are now more likely to face a 3wide deck, this combined with the value of resources going down makes it easier to pay for the FORCE WAVE Special. The current meta has turned this uprgade into a GREAT CARD! 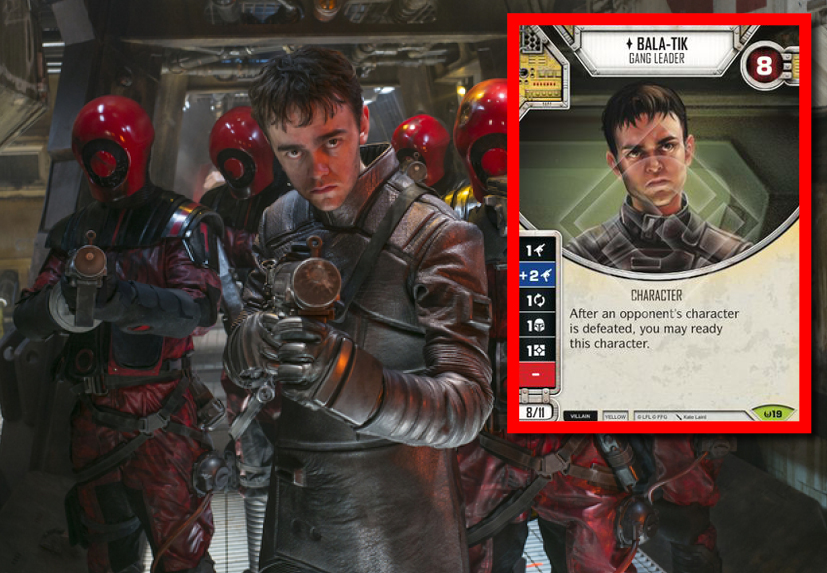 With a lot of the same logic follows that THIS GUY should be at his best right now  !

Generating resources is easier now, and that makes cards like PROMOTION better, it is an efficient way to spend a resource and it functionally replaces itself allowing you to put more dice in the pool and spend your resources every round. Because of the slower pace of the game, you have more time to play Promotion, capitalize on it, and have it replace itself before you lose tempo and options with this stuck in your hand.

Paying one resource to draw up to five new cards is incredibly strong, and with the value of a resource going down, the speed of the game slowing down and the need of good efficient ways to spend your resources this card is bound(less) for a comeback. 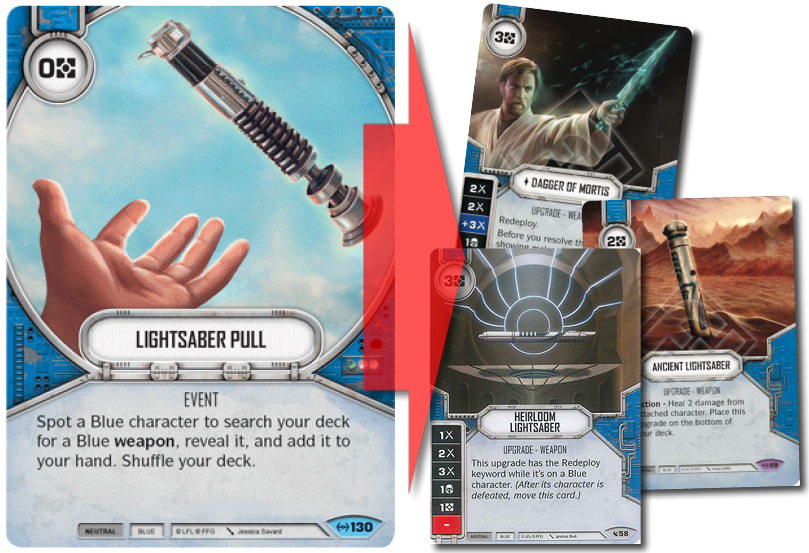 LIGHTSABER PULL trades speed for consistency. The slower the pace the game is played at, the less you give up (speed). Combine this with the fact that it also ensures another good way to spend your resources efficiently and you are looking a great card in the current meta. 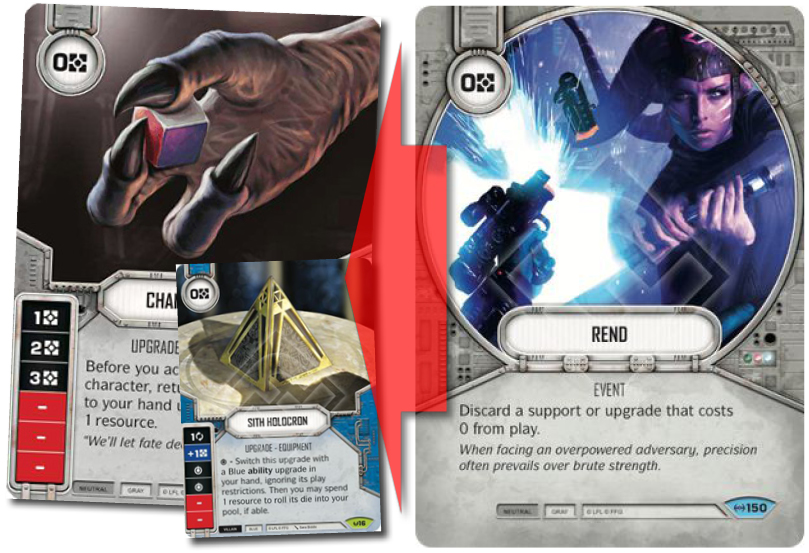 REND is a pretty bad card. Trading "one card for one card" is always bad for the reactive player, but with the rise in the number of Chance Cubes, Rend is starting to look like a possible way to gain an edge on the Chance Cube players. Removing their Cube, after it’s been paid for and focused into a 3 Resource side might be enough upside that you should consider putting this normally very weak card in your deck.
4. CONTINUE THE SEARCH:A new meta is a constant challenge, and an opportunity to search for cards that due to circumstance rather than - or solely due to - their inherent power level. I hope this article might have inspired you to go through your stash of cards again and look for the hidden gems that might just swing the power in your direction!