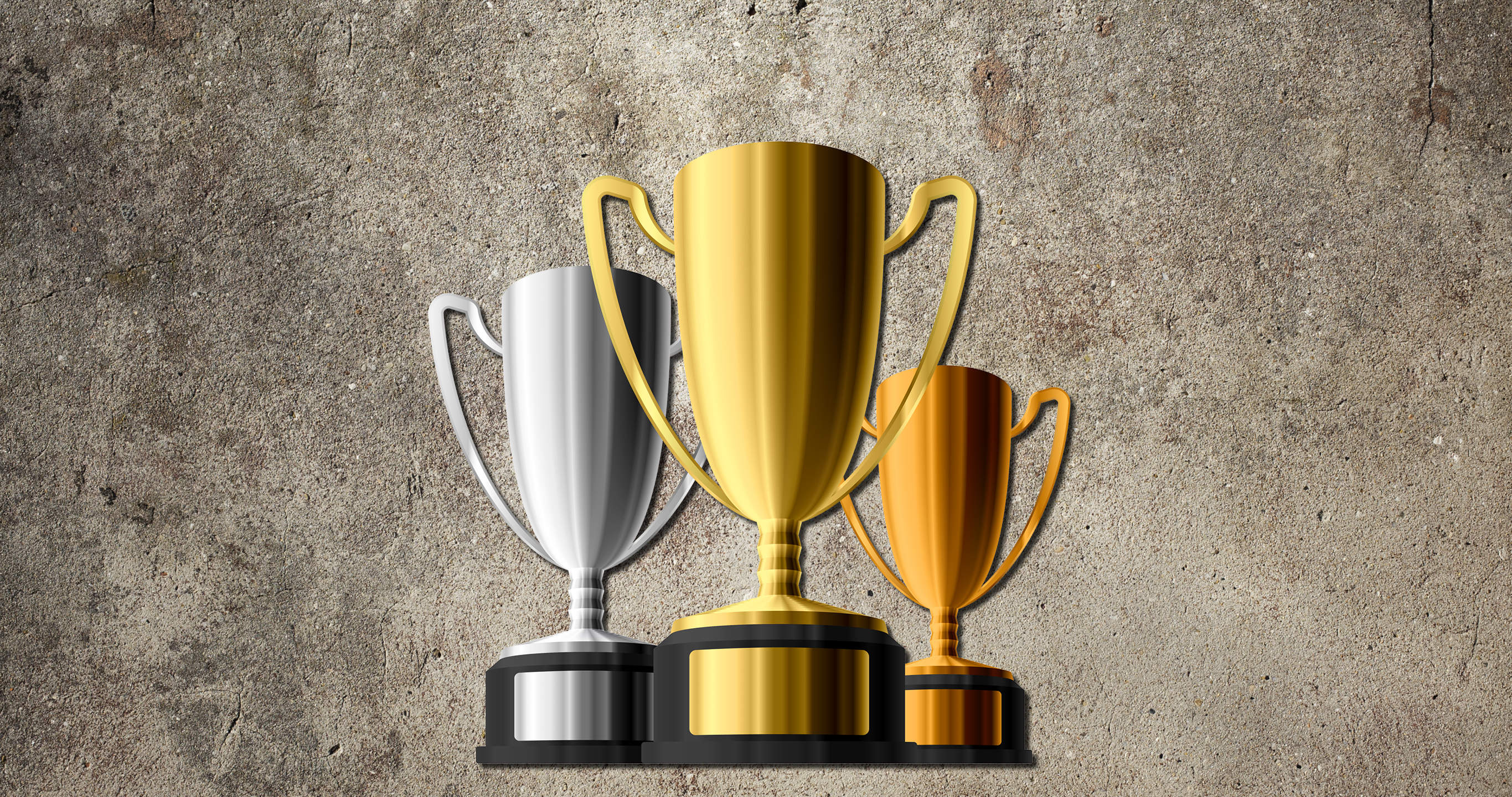 A. INTRODUCTION:YES! It's that time a year again where all kinds of good advice is given on "How to Win a Biiiip" ... For some this is going to be a repeat, whereas for others it's going to be a good reminder and for a few maybe exactly what they need.

REGIONAL SEASON is upon us, and a lot of you are starting to feel that hunger for real competition, and perhaps have even set yourself the goal of taking down your very own Regional Event. If you are serious about winning a Regional, a good place to start is following these 9 tips I am about to give you in order to improve your chance at taking home that coveted World's invite and Vader loot.
1. TAKE CARE OF YOURSELF:

Try, and I mean really try to get plenty of sleep the night before an event, and make sure to eat breakfast. You will probably play anywhere from 12 to 16 games of destiny if you are going to win a regional. YOU NEED TO HAVE A BRAIN WORKING AT FULL POWER, or you are going to punt yourself out of the tournament. Oh and stay hydrated throughout the day and eat something for lunch if you can.
2. JOIN A PLAY TEST GROUP:This is probably the hardest of the things I will mention, but the importance of a playgroup cannot be underestimated. A true playgroup should consist of people you trust (in order to not leak deck lists or ideas) as well as people of appropriate skill (in order to get good practice).

There is nothing wrong with the weekly play days in your local scene, but you will want to play against the best possible opponents you can in order to appropriately prepare for the increased level of competitiveness found at a Regional. You don't necessarily need 10+ people to make a playgroup, as few as 3-4 of you can do the trick just fine!
3. UP YOUR GAME:This point mostly applies to players transitioning from more casual fields to the competitive stage, but it's an important one! Make sure you actually take the leap from casual playing sessions to formalized tournament events. Preferably you can do this in person, but if you are like me and only have few local competitive events, TTS events will do just fine. At absolute worst, try to play people with something on the line, like loser buys lunch for example.

It is important to keep a positive mental attitude and be able to shrug off inevitable losses at these event. Remember you can easily take a loss or two during the Swiss rounds and still make the top cut! That is unless you let them start to drag you down. Try to learn from your mistakes, and if you get cheesed out due to bad variance, just shrug it off.

Make sure you're a courteous opponent as well. If you get angry or salty it is just going to wear away at you the rest of the day. As an added bonus if you are well liked you can talk to opponents in between rounds to get a good read on what is going on during the tournament.

Oh, and if you start to roll poorly don't make a scene about it. Trust me your opponent notices too, and he probably doesn't care. Variance happens to all of us! You take the bad with the good, it always balances out in the end (well ... mostly).
5. GET INTO THE DISCORD CHANNELS:Get off Facebook, Skype, Groupme, reddit, or what have you. The place to be for competitive Destiny is on Discord. My personal go to discords of choice are: The Hyperloops, YOUR Destiny, and Artificery. Now the former two are available only to patrons (it's not expensive, really) but Artificery is perfectly fine and has not only the best channel for rules clarification, but also regularly runs online events that are great for sharpening skills against opponents and decks you would not normally see in your local meta.

These channels are great for breaking the hive mind of your local meta, as well as helping to find playtest partners, TTS games, really anything Destiny related. Also as a self plug, if you live (or travel to) the Southeast U.S I run a Discord called Southeastern Sector Destiny with several tabs dedicating to helping people find stores and events to play in.
6. LEARN THE META:One can never truly predict the meta for an event, but you can probably come pretty close if you do it right. The best ways to figure out what the best decks to beat will checking in the discords I mentioned above, checking http://swdestinydb.com to see whats popular, and working with your playgroup to find strong decks not mentioned elsewhere.

Once you get a good read on the meta you basically have two choices.
Both are legitimate options and if anyone tells you that "net decking" is lazy or cheating I would recommend reading this article. It's also important to try to learn how every deck you expect to show up is trying to work, so you know how to stop its primary win condition. It's also good to have at least a vague idea on what the average list should look like, which will help you do things like knowing what removal to play around and what kind of threats to expect.
7. ZONE IN ON A DECK - GET IN THE REPS:Find a deck you like around two weeks before your Regional that is suitable for the meta and start getting repetitions in with that deck. Play it a lot. Learn what you are supposed to keep vs what matchup, and what you need to do to win a game in as many situations as possible. Learn how many removal effects are in your deck so you can play around drawing them in the future. Learn your average and maximum damage, and learn how to operate without error and quickly, so you don't hit time and lose to breakers.

Some people can audible a deck at that last second, but most can't. If i was to guess if you, random person reading this article, was capable of a last minute deck switch I would say you are not. True multi-deck mastery is a rare talent, most people are going to be best with the deck that they have practiced the most with by a significant margin. Comfort can overcome a lot of matchup obstacles and we are fortunate that unlike some games Destiny doesn't really have any complete blow out matchups.
8. LEARN THE RULES. ALL OF THEM: 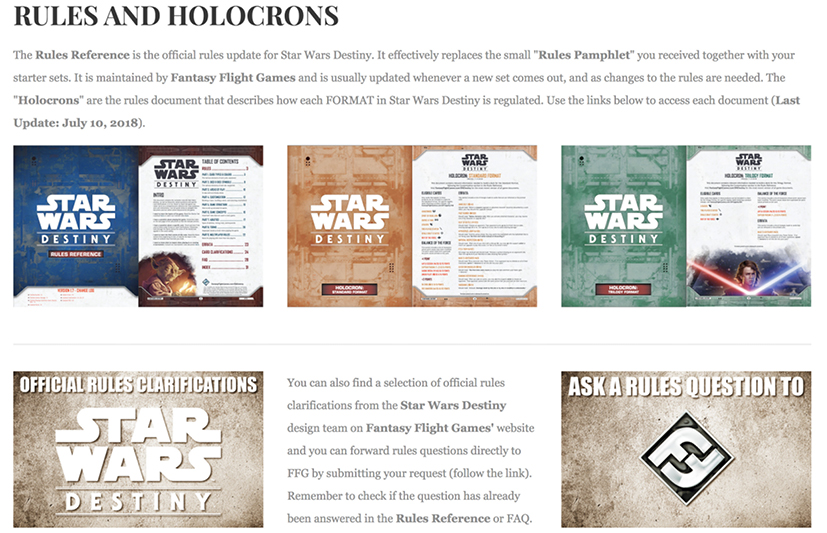 Do you know the 3 Tie Breakers in order? Which resolves first, Maz Kanata or Suppressive Fire? If Snoke kills a character with his Power Action do you still get the +2 benefit? If you don't know these things or have major doubts regarding various rules, then now is the time to practice! It really isn't a lot of material either so shouldn't take you too long!

If you don't know how some of the more complicated actions in Destiny work you are likely to misplay during your next Regional event by erring on the side of caution about something unknown. It's also nice for you to also know where to find the various rules in case you need to point it out in a rules dispute.

Also remember that the new Rules Reference 1.8 just arrived yesterday (December 10) alongside the new Holocron for both Standard and Trilogy play. Make sure that you read it through and familiarize yourself with the many changes. You can also read our article on all the changes for a fast overview!
9. IT'S OKAY TO BE STRICT:Don't let a 'won game' slip away from you, it's okay to say NO if your opponent wants to take something back! Not making mistakes is just as important as making good decisions. It is a game skill and it's okay to make your opponents have to pass that requirement in order to win. I let people rewind things all the time when I play Destiny, and even I clamp down for Regionals (well, at least I try, I'm probably too lenient with my opponents). 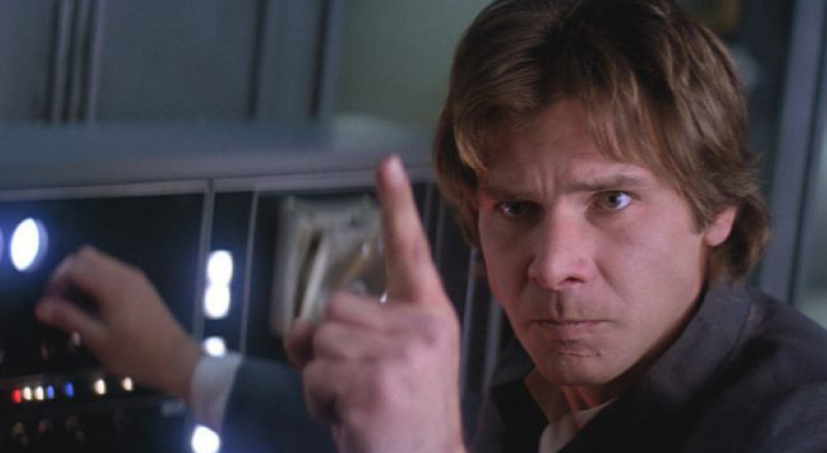 But they'll understand when you say NO! Oh and don't let people slow play you (and I mean intentionally playing slowly). Ask them to play faster if you need to and if it doesn't improve call a judge. Slow playing is cheating, and honestly also kind of sad on your opponents part if they are doing it intentionally.

GOOD LUCK at your next Regional event!